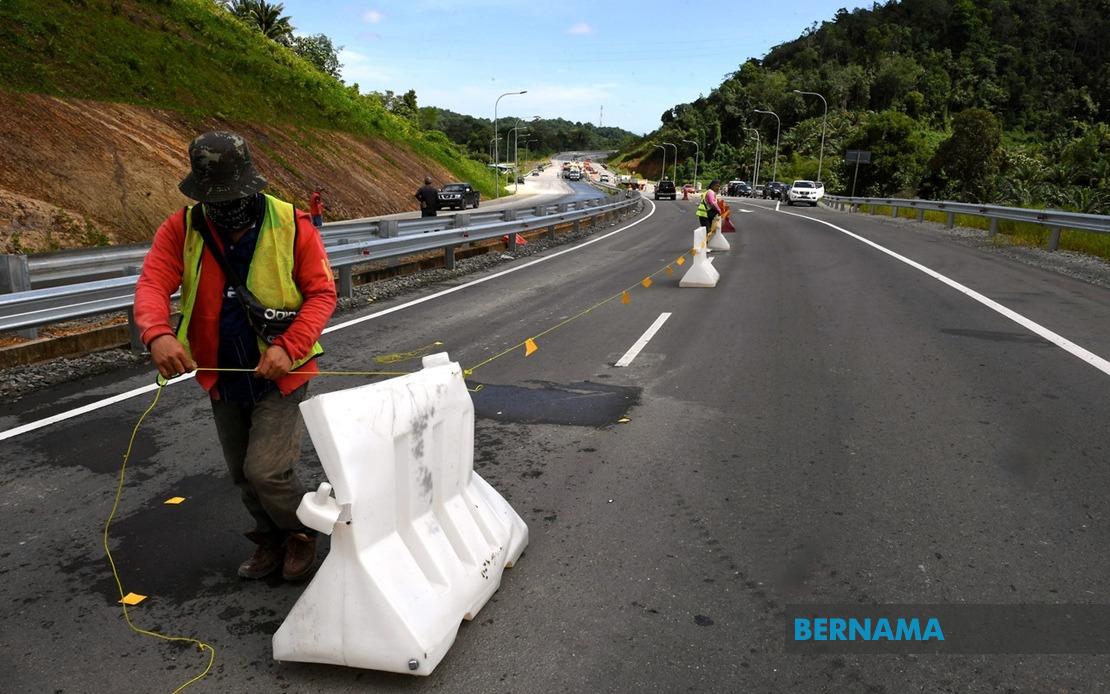 KUALA LUMPUR: The Works Ministry has announced that the Pan Borneo Highways in Sabah and Sarawak have each recorded 32 percent and 52 percent progress until June.

It said that the two projects were being implemented conventionally with cooperation from the Public Works Departments in Sabah and Sarawak following the termination of the Project Delivery Partner Agreement (PDPA).

“These efforts are necessary to ensure the Pan Borneo Highways in Sabah and Sarawak will go smoothly and act as a catalyst for the socio-economic, industrial and investment growth along the project’s line,” said the ministry.

The ministry said this in a written reply that was posted on the Parliament’s official website today, to a question by Baru Bian (PSB-Selangau) regarding the construction status of the Pan Borneo Highways in Sabah and Sarawak and whether the government would continue with the method of construction agreed upon by the Pakatan Harapan (PH) government previously.

In replying to Ahmad Johnie Zawawi (GPS-Igan) regarding workers affected by the ending of the Pan Borneo Sarawak PDPA, the ministry said it involved the termination of the service contracts of 500 employees of Syarikat Lebuhraya Borneo Utara Sdn Bhd.

The company was part of the Project Implementation Partner that was cancelled on Feb 20 2020 following the termination of the PDPA and the ministry, in cooperation with Sarawak JKR, has taken over the conventional implementation of Phase 1 of the Sarawak Pan Borneo Highway project.

“To ensure the smooth running of the project’s implementation, continuous upgrading work is being carried out, especially in terms of raising the existing capacity and technical know-how.

“These upgrading efforts will take into consideration alternative implementation models that will optimise the use of experienced workforce in carrying out Phase 1 of the Sarawak Pan Borneo Highway project.

In replying to Ahmad Hassan (Warisan-Papar) regarding the total package of construction work on the Sabah Pan Borneo Highway that was not implemented during the transition of government since March 1, the ministry said Phase 1 of the project involved an estimated distance of 706 km and divided into 35 packages.

So far, 12 packages have had contractors appointed. However, one package, involving the Tawau to Semporna route, had its contract terminated because the contractor’s performance was not up to the mark.

Meanwhile, a total of 41 contracts had been given to contractors and consultants in various fields for the Sabah Pan Borneo Highway, comprising experienced companies in the state.

The tenders for four packages, including the one involving the Tawau-Semporna route, whose contracts have been terminated, are expected to be confirmed by this year while the implementation of the remaining 20 packages would depend on the government’s current financial capabilities for the 12th Malaysia Plan. – Bernama

Make some time for leisure