KUCHING: China and Sarawak have fostered great friendship ties over the years, providing mutual benefits to both sides. To this day, this promising relationship continues to blossom.

It can be said that the Covid-19 pandemic has strengthened this bond between China and Sarawak even further.

Each side has compassionately provided assistance to the other in times of need by contributing anti-pandemic items and sharing knowledge and experience in the effort to combat a shared enemy, the Covid-19 virus.

There is vast potential for even more cooperation in a variety of sectors, such as digital economy, technology, economy and trade, infrastructure development, agriculture, education and more.

An apt local proverb to describe the steady kinship formed between China and Sarawak is ‘Bukit sama didaki, lurah sama dituruni’, meaning to go through easy times and hardships together.

During a recent exclusive interview, Consul-General of the People’s Republic of China in Kuching Cheng Guangzhong spoke with New Sarawak Tribune about the relationship between China and Sarawak as well as more avenues for collaboration which could bring about mutual benefits.

New Sarawak Tribune: Last year, the Covid-19 pandemic struck globally with unprecedented impact. How has China’s experience with the pandemic been?

Cheng: At the beginning of 2020, Covid-19 severely impacted China’s economic and social development, threatened the physical and mental health of the Chinese people, and disrupted China’s normal exchanges with the international community.

Under the strong leadership of Communist Party of China (CPC) Central Committee led by President Xi Jinping, China defeated Covid-19. China became one of the countries which achieved great success in defeating Covid-19 with low morbidity.

This is a victory of the Chinese people’s indomitable spirit, and a victory achieved using scientific prevention in combination with mass prevention and control.

China has also actively promoted international cooperation to combat Covid-19. So far, China has sent dozens of medical teams, exported 250 billion face masks and 2.5 billion protective suits, as well as provided strong support to the international community in the fight against the pandemic.

China is the leading country in researching and producing Covid-19 vaccines. There are four kinds of Chinese vaccines approved so far, including Sinovac.

Besides China’s success in handling the Covid-19 pandemic, what are its other impressive achievements over the past year?

Besides this, China has won the fight against poverty; almost 100 million rural poor have been lifted out of poverty. This is the first time in the 5,000-year history of the Chinese nation that it is as a whole out of absolute poverty.

The central government of China also developed a new economic and social development plan last year. It decided on the 14th five-year plan and adopted long-term goals for 2035. From this year, China will turn from building a moderately prosperous society in all respects to a new stage of building a modern socialist country in all respects.

The target of the first stage is that the country will basically realise modernisation by 2035. It will then take another 15 years to turn China into a modern socialist country with a high degree of democracy, civilisation, prosperity, harmony and beauty by 2050.

How has China contributed to and cooperated with Malaysia — Sarawak in particular — in the fight against Covid-19?

Facing the sudden outbreak of Covid-19 over the past year, cooperation between China and Malaysia, including Sarawak, to fight the outbreak was well organised and developed. We are always helping each other in the fight against Covid-19, especially with regard to material support.

The Chinese Consulate-General in Kuching also assisted the Sarawak government in procuring 106 tons of anti-epidemic materials from China. Secondly, we shared our experience in fighting the outbreak and learned from each other. A Chinese medical expert team made a special trip to Malaysia and Sarawak to share its experience.

Thirdly, both sides supported the cooperation between international community to fight the pandemic and supported the World Health Organisation (WHO) to play an important role in this fight. China and Malaysia – ‘Bukit sama didaki, lurah sama dituruni’ – the relationship between China and Malaysia as good neighbours, good partners and good friends has been further developed.

Consul Jiang Ying: This year, we  donated around 230,000 face masks to Sarawak. This month, we handed over 150,000 face masks to the Sarawak Disaster Management Committee (SDMC) and 48,000 to the Association of Wives of State Ministers and Assistant Ministers (Sabati) to help the less fortunate in Sarawak.

As our Consul-General said, it is reciprocity and a mutual friendship. Last year during the hard times when China was first hit by the Covid-19, we appreciated the help from the Sarawak government and friends from Sarawak.

In return, we also try our best to help Sarawak by donating these medical supplies and sending medical teams, as well as sharing our experience and knowledge on Covid-19.

How can China assist or cooperate with Sarawak with regard to the Covid-19 vaccine?

Cheng: At present, China has a number of vaccines under accelerated development, and tens of millions of doses of vaccines have been administered nationwide. Surveillance shows that there are no serious adverse reactions and they are safe.

Chinese vaccines have arrived in Malaysia and will play an important role in Malaysia and Sarawak’s fight against the pandemic in accordance to the vaccine cooperation agreement signed by the two sides. The virus is a common threat to humanity. China and Sarawak need to cooperate more in this regard.

Vaccines are a powerful weapon against the virus and bring hope for saving lives. They should serve the entire world and benefit all humanity.

China is a committed front-runner in promoting international vaccine cooperation. We have carried out vaccine research and development (R&D) and production cooperation with a dozen or so countries, attracting more than 100,000 volunteers of over 100 nationalities.

China is prepared to discuss with other countries the feasibility and protocols for mutual recognition of vaccination.

China has rich educational resources and welcomes both Chinese and non-Chinese Sarawakians to further their studies in China. The Consulate-General will continue to provide support and assistance.

The number of Sarawakian and Malaysian students studying in China has increased every year. Chinese students and visiting scholars coming to Sarawak and Malaysia are also rising. Cooperation between China and Sarawak on education will continue and be further developed.

The cooperation between North China University of Water Resources and Electric Power and University College of Technology Sarawak (UCTS) is well developed and in good progress.

Both sides plan to train talents mastering  skills in water resources and electric power, agriculture, medical and other sectors through the Confucius Institute in UCTS. Foreign employees of Chinese companies in Sarawak will also receive training there.

The cooperation between Yunnan University and Universiti Malaysia Sarawak (Unimas) is ongoing.

China is diligently pursuing economic ties with Sarawak, with Chinese contractors undertaking several infrastructure projects here. Will China be willing to transfer its technology in the field of infrastructure development?

As for high-end bridge construction technology which requires strong technological support and manufacturing industry, China is willing to assist Sarawak in its development.

Trade and cultural ties between Sarawak and China are very strong. How would you like to see this relationship enhanced? Are there any new areas that both sides can look into for improvement in our ties?

I have been serving in Sarawak for three years. I am glad to see that the cooperation between China and Sarawak in trade, agriculture, manufacturing, energy, and digital economy has deepened. The mutual understanding, cooperation, and closeness between the people of China and Sarawak have also moved forward to a new stage.

At present, Sarawak has established sister provinces and state with Fujian, Yunnan, and Shandong province in China, and 26 Chinese cities including Quanzhou and Yantai have also established the relation of sister cities with Sarawak. Now there are 27 Chinese enterprises in Sarawak and 28 projects are under construction.

China and Sarawak should strengthen cooperation in manufacturing, digital economy, medical, agriculture, and marine economy, where there is great potential.

Why are Chinese companies interested to work and invest in Sarawak?

China is making investments all over the world and it also attracts a large number of foreign investors. China’s investment in Sarawak is welcomed by the Sarawak government and the people here. We believe it is a very good environment for Chinese companies to invest here.

There is huge potential to explore here, and that is why we want to promote cooperation in several fields, including infrastructure, roads and bridges. There is also a lot of opportunity for us to collaborate in the sectors of agriculture and digital economy.

Our Chief Minister Datuk Patinggi Abang Johari Tun Openg is very passionate about his digitalisation programmes, especially digital economy. Since China is very advanced in this area, will it consider offering its assistance to Sarawak?

We have noticed that the chief minister of Sarawak attaches great importance to digitalisation and firmly supports cooperation between Sarawak and China’s Huawei and Alibaba in the development of the digital economy.

Sarawak is an island economy and has no railway or highway links to China. Strengthening our e-commerce cooperation is important to the digital economy of both sides and economic cooperation on other sectors.

This is a good sector to work together in, and China is certainly willing to strengthen cooperation in this field. We should help and learn from each other to create a win-win situation.

Sarawak is also placing emphasis on agriculture. Since China has the technological knowhow in this field, will it consider assisting us?

A Chinese company, Guangken, has done very well in rubber planting in Sarawak. In the future, China and Sarawak can cooperate extensively in agricultural science and technology, under-forest economy, herbal medicine plantation, fruit plantation and other sectors.

What is the best thing that you like about Sarawak?

There is a lot to like about Sarawak. For example, the state government and the people of Sarawak are very friendly towards China.

There are an estimated 10,000 Chinese nationals here in Sarawak. Before the Covid-19 pandemic, about 50,000 Chinese tourists would visit Sarawak per year. The same number of Sarawakians also visited China each year. 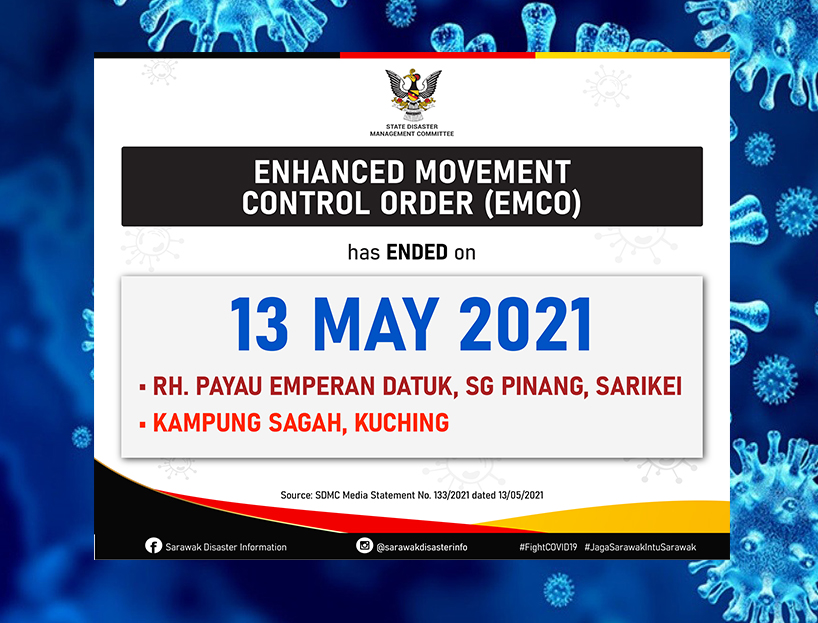