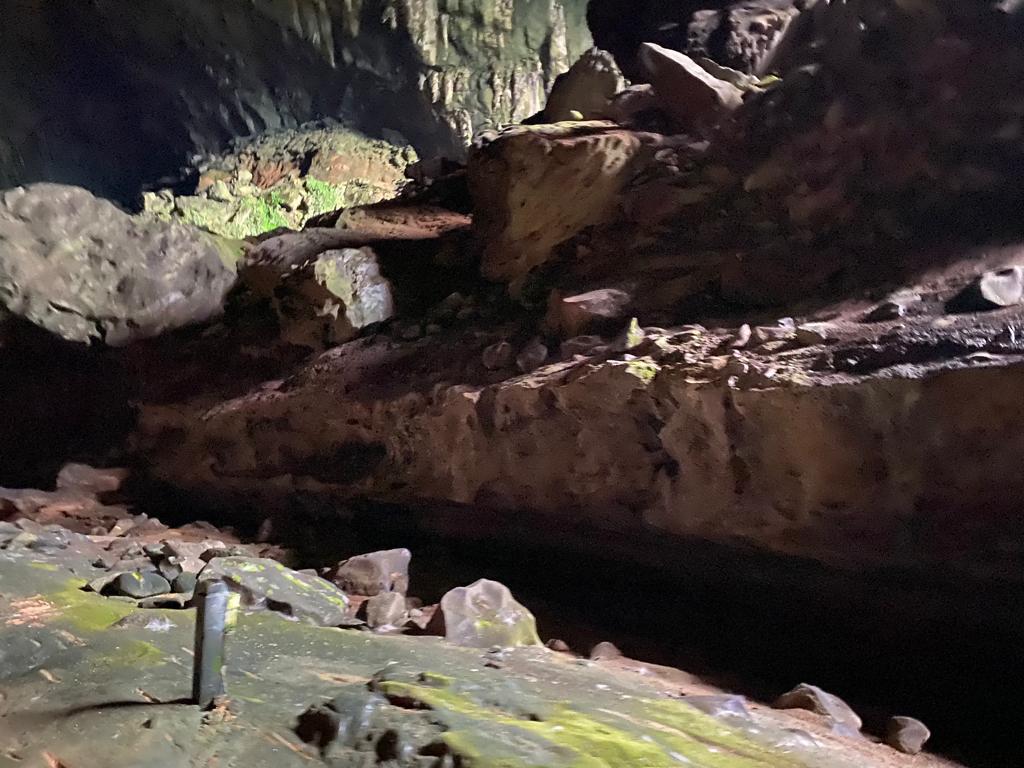 Paradise in our backyard

BLESSED by Mother Nature with vast greenery of flora and fauna, it comes as no surprise that Sarawak has more than 30 national parks which are under the purview of the Sarawak Forestry Corporation (SFC), the custodian of wildlife and national parks.

Out of these national parks, Gunung Mulu National Park which is a world heritage site recognised by United Nations Educational, Scientific and Cultural Organisation (UNESCO) since 2000, often steals the spotlight, topping the list for outdoor enthusiasts.

Gunung Mulu National Park with its dramatic peaks and caves including the Deer Cave – one that is filled with bats – qualified for all four of UNESCO’s World Heritage criteria, namely:

Despite being extremely remote – accessible only by air – over 15,000 tourists would visit the national park annually with 50 per cent being foreigners traveling from near and far before the COVID-19 pandemic.

According to Gunung Mulu National Park manager Hein Gerstner, the number of local visitors visiting the world heritage site has been increasing.

Describing this development as overwhelming, he revealed that since January to May this year, 80 per cent of the visitors were Sarawakians and Malaysians while foreign visitors made up the remaining 20 per cent.

“We are immensely grateful and pleasantly surprised because we did not expect nor predict the large percentage of visitors in post-COVID-19 pandemic are domestic. It does our heart good because we want Malaysians to enjoy this world heritage site.

“We knew that nature-based tourism will be on the upswing post-COVID-19 pandemic, but we did not foresee that the Malaysian market would give us such excellent support,” he said.

Gerstner said they kept themselves occupied with various upgrading works at the national park.

While lockdowns and travel restrictions posed some challenges, he said they were fortunate to have the necessary supplies stocked in their storeroom.

“We could only travel down to Marudi and only with a special permit. Most of our large suppliers were closed and we could not even get to Miri.

“We focused as hard as we could on doing maintenance and upgrading works because the jungle is a hungry animal, it just wants to eat up the park.

“Among others, we rebuilt some of the jetties, revamped the kitchen as well as remodelled the office and the interpretive centre,” he said.

They also increased the covered public space by revamping the national park’s porch.

“While the visitors are more than happy to experience the rain and shine, we realised that there is no communal area where they can sit except for at the restaurant. So, we revamped the porch which is quite a big space and it is working quite well.

“Those were the things we did to keep ourselves busy during the movement control order (MCO) period,” he said.

While the world heritage site has always been on top of international visitors’ list, Gerstner said they are shifting the focus to attract more local visitors.

There is a need to encourage local visitors, especially Sarawakians, to enjoy the world heritage site that is in their backyard.

“I spoke to a grab driver here and I told him that there is a direct flight from Kuching to Mulu. He was surprised because he did not know that the flight existed or it was possible.

“In terms of dissemination and promotion of information, we have always focused on getting the attention of the international market and it is challenging (to penetrate) with strong competitors like Thailand and Indonesia in this region,” he explained.

Highlighting the increasing trend of local visitors coming in, he said the trend needs to be further exploited.

The national park is looking into promotions to appeal to the local visitors and Gerstner hopes the current encouraging support will continue.

“You must have a carrot – it is pointless to just have marketing, especially to the local market given the current circumstances and expectations. In the past, there was only a differential rate for entry in which the foreign visitors would pay more than the locals.

“However, if you look at the expenses for a trip to Mulu, the local visitors will only enjoy a small rebate and this may have been one of the reasons we did not get as much support from them,” he said.

As such, the national park will be more actively featured in the Malaysian Association of Tour and Travel Agents (MATTA) Fair 2023.

“We will be offering a differential rate for accommodation to the local visitors so that it would be affordable for them to sleep at the national park.

“I feel that this is one of the positive impacts of the COVID-19 pandemic where we realised that we should focus on the national and Sarawak markets,” he said.

Get your Mulu mode on

With promotional campaigns like Sia Sitok Sarawak, Gerstner encouraged Sarawakians to seize the low rates to visit Mulu, it has become an additional mission to get Sarawakians to experience the world heritage site.

“Mulu is a fantastic place, Sarawakians should come to enjoy, relax, and get into the Mulu mood. There are so many things to explore, especially the local delicacies.

“We really do look forward to welcoming more Sarawakians and Malaysians in general because we appreciate their support. This world heritage site is something to be really proud of,” he said.

And Gerstner has this advice: “For those who are thinking of visiting Mulu, do not explore multiple caves and trails in one day as it can be quite strenuous.”

He said they should plan their trip well and speak to the national park office staff (for advice) for an enjoyable experience.

Among the national park’s show caves that one should not miss are Deer Cave, Lang’s Cave, Wind Cave and Clearwater Cave. And for adventure caving there are the Lagang Cave, Racer Cave, Clearwater Connection and Sarawak Chamber.

Besides that, visitors can also opt for forest activities or natural walks at the Mulu Canopy Skywalk as well as the trek and trails available.

“We do not want people to overdo it, so do not try to explore four show caves in a day. It is just too strenuous and may lead to an unpleasant experience even for a fit person,” advised Gerstner.

On the Fire and Rescue Department’s (BOMBA) Mountain and Cave Search and Rescue (MOCSAR) unit, Gerstner noted that the team has been successful in several operations and community tasks since its inception.

With a direct link to the department, he said it is much easier in terms of communication network and logistics.

“We are very grateful that the unit has been created, equipped, and supported. The park has a rescue team, but MOCSAR is like the cherry on the cake.

“It rounds off just nicely and gives a nice structure. I think establishing the unit was a wonderful idea and initiative,” he said.

He believed there are opportunities for the unit to be expanded with the recruitment of more members to the team.

He said the national park works closely with the MOCSAR team to provide assurances as there is a dedicated team ever ready when it comes to any eventuality.

“BOMBA and the MOCSAR were instrumental in providing logistics support to ensure delivery of food aid given by Mulu assemblyman Datuk Gerawat Gala.

“Moreover, they provided sanitation works when we were assisting the Ministry of Health (MoH) as a pop-up quarantine station for a month back then,” he added.

Gerstner assured that the national park will complement the efforts of MOCSAR for the benefit of visitors.