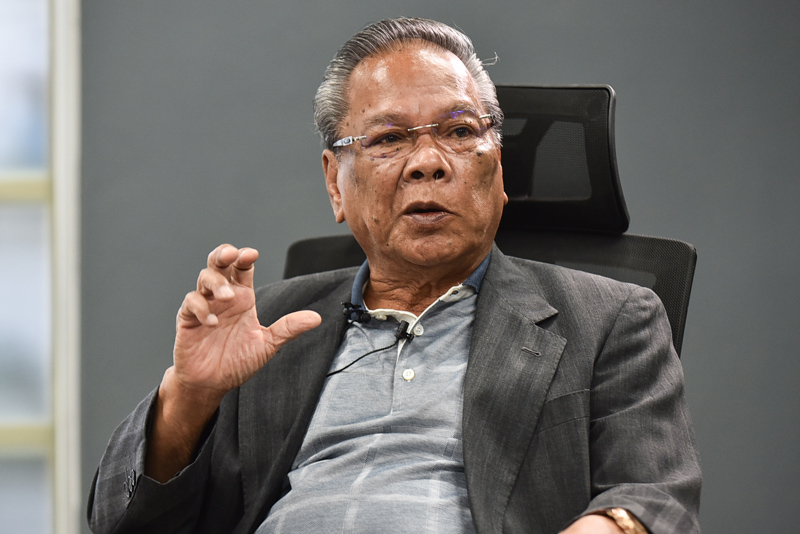 Party a source of strength for Bumis

FOR the past half a century, PBB has been the lynchpin of development in the region, maintaining political stability and strengthening unity among its members and the people.

Former Machan assemblyman Datuk Gramong Juna was confident that PBB would remain as the main political party in the state as it had brought much development and stability to Sarawak, judging from its proven track records.

The party had also been the source of strength for the people, particularly for the Bumiputera community, regardless of ethnicity or religion, he said.

“The party is a source of strength that unites us and that gives us some kind of future, which is why PBB will always be the dominant political power in Sarawak.

“Throughout its years, it has brought about stability in terms of political, social and economy to Sarawak.

“PBB has brought about tremendous development not only to the urban centres, but throughout the state; but of course because of the vast region, not all areas are fully developed as yet.

“So, the party will continue to be the main party to bring about greater development in the region, and we have the advantage as the party members are generally well-disciplined,” said the veteran politician.

He commended PBB for its unity which had led to many victories in state and parliamentary elections.

“Of course over the years, especially during party elections, they against each other for positions, but at the end of the day we still come together and stay united.

“So, the party always recognises the importance of unity and fairness among its members, even to our component parties.

“We have been able to provide good leadership to the people and, of course, all our component parties are given equal chances and opportunities to help pursue a brighter future for Sarawak, ever since our days in the Barisan Nasional (BN).

“Hence, I have very high hopes that under the leadership of PBB, Sarawak will become a developed state in the future,” said Gramong, who has 43 years of active political experience.

“For example, the digital economy initiative introduced by Abang Johari will last in the future as it will bring about greater growth and development as a whole to Sarawak.”

Asked about his views on the younger generations joining politics, he said getting them into politics would have a positive impact on the party and Sarawak.

“Parliament has passed a law to allow youth aged 18 to vote. So the choice lies with them to join or not to join politics.

“We cannot leave them out from politics and we have to walk with them, understand them and to get to know them better.

“We should have programmes for them as well so that maybe we can get their support. If they join politics, it is good as they may have fresher ideas of their own and change the general political thinking,” said Gramong.