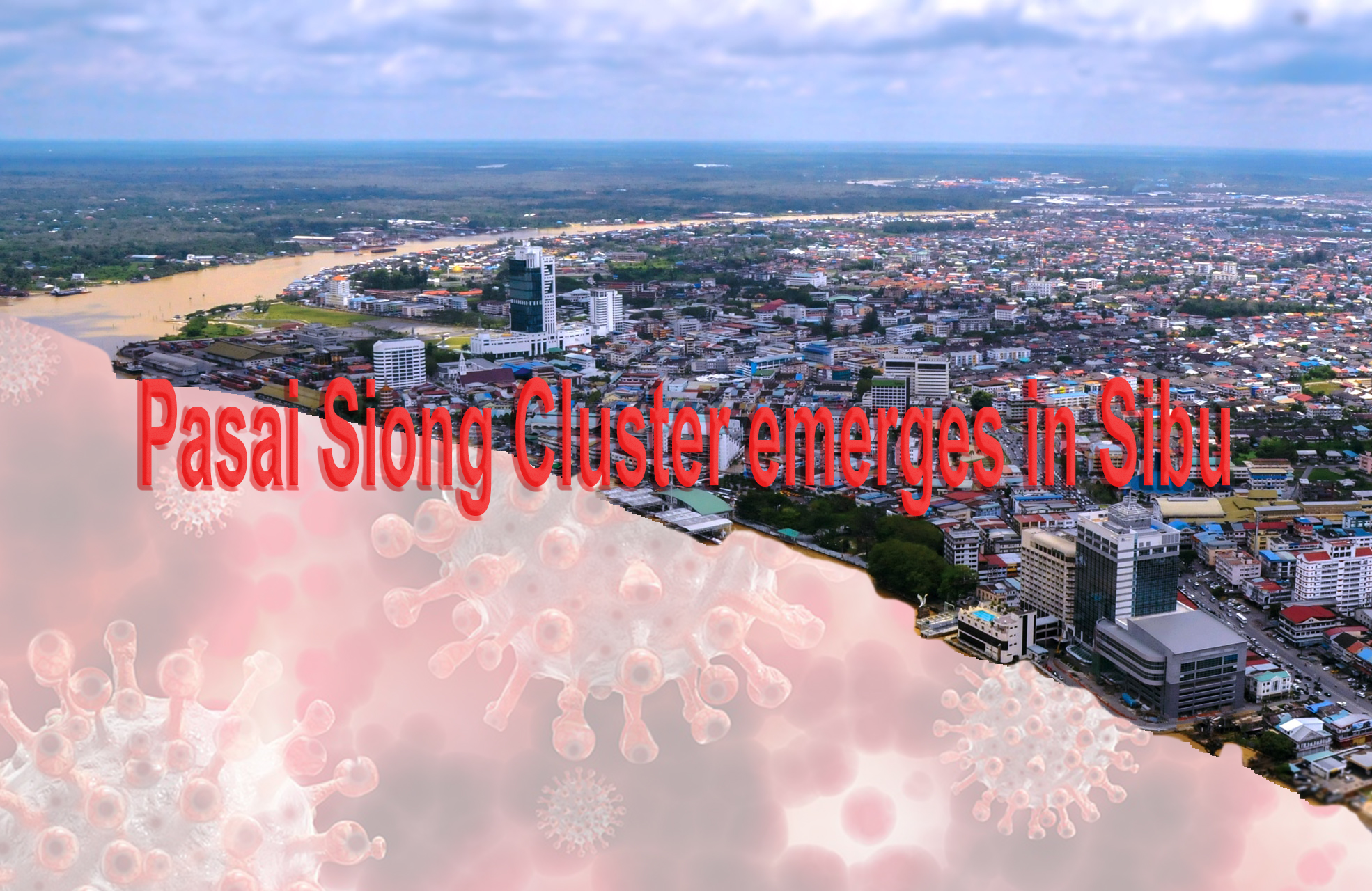 Detected on January 8 and was declared as a new cluster by the Sibu Divisional Disaster Management Committee (DDMC) on January 9, the cluster was the main cause of positive cases in the state thus far.

From Lundu to Miri, the Pasai Cluster has infected all residents in those districts which are more than 1,000 kilometres away. Only Limbang did not record any cases from the said cluster.

Sarawak has been terrorised by the cluster for a total of 95 days since it was detected until it was declared ending on Monday.

It was noted that Pasai Cluster also infected 2,693 individuals and led to 29 fatalities.

More than 20,000 people have been tested by the Ministry of Health (MoH) frontliners who have worked hard to curb the spread of the virus.

The ‘rage’ of the Pasai Cluster had terrorised the people of Sibu leading the SDMC to implement the movement control order (MCO) starting from January 16 until February 28.

In addition to that, more than 50 longhouses in the state, other than those in Sibu, have been subjected to the enhanced movement control order (EMCO) because of the infections from the cluster.

For the record, the Pasai Cluster was the largest infectious and contagious cluster in Sarawak so far, as it expanded the infection areas from Lundu to Miri, except for Limbang and Lawas.

The cluster started at Rumah Langi Ambau, Pasai Siong after it was declared by the State Health Department on January 9, when 38 positive cases were detected, including the index case, that was found positive on January 7.

The index case, namely case number 1,175 was a woman in her 30s, who came back from Johor Bahru to attend her father’s funeral at Rumah Langi on December 29, 2020.

According to director-general of Health Tan Sri Dr Noor Hisham Abdullah in a press conference in Putrajaya on January 9, the funeral ceremony was held for three consecutive days.

It involved many visitors, friends, relatives and villagers who gathered at the longhouse without adhering to the standard operating procedures (SOPs) such as social distancing.

The cluster saw infections that spread to 58 longhouses across Sarawak.

On 14 February, the State Health Department detected its sub-cluster, which was the Tangap sub-cluster in Subis, Miri.

The SDMC said the sub-cluster involved a temporary accommodation (quarters) for workers in a logging camp.

The index case for this sub-cluster was an individual who was screened after experiencing symptoms on January 31 .

He has a history of travelling to Song, had close contact with a Covid-19 positive case related to the Pasai Cluster announced on January 9.

The number of positive Covid-19 cases in Sarawak exploded as it suddenly increased, caused by the Pasai Cluster since the first day it was declared.

Before the emergence of the Pasai Cluster at the end of 2020, Sarawak only recorded single digit cases or less than 10 cases daily.

After not recording any infections for the past 28 days and that the cluster has ended, Sibu still has other clusters, namely the Kiba Cluster, Jalan Awang Cluster, Hilir Cluster, Sanyan Cluster, Bulatan Aman Cluster and Jalan Maju Cluster.

So far, both the Bulatan Aman Cluster and the Jalan Maju Cluster are still actively spreading especially involving the community in Jalan Lanang.