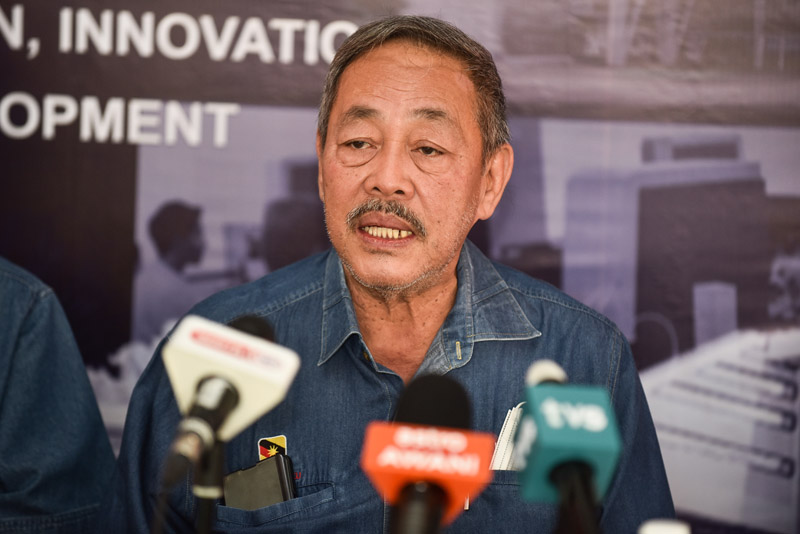 PBB leaves it to Abang Jo to decide on Willie

Party vice-president Datuk Roland Sagah Wee Inn said it was also up to the Premier to determine whether the Puncak Borneo MP should be allowed to defend his seat in the 15th general election (GE15) if he was accepted into PBB.

“This is up to the Premier himself whoever he asks to contest. It is not up to us. Maybe I can also say I want to contest as well,” Sagah said in jest.

The Education, Innovation and Talent Development Minister was met by reporters at the site hand-over ceremony for the Sarawak Infectious Disease Centre (SIDC) here today.

He said Willie had campaigned for him in the last state election.

“There were many others who helped me during the past state election apart from him which is why I also cannot say that it is because of him that I won the election,” he explained.

Sagah claimed that he only found out about Willie’s application from the media. “We were not made aware of his party application until I saw it in the papers.”

Speaking on behalf of the Bidayuh community in Puncak Borneo, Sagah asserted that they should be consulted before a decision is made on Willie’s representation.

“I don’t talk for myself personally. I talk for the community. I don’t know yet what the community’s views are on Willie’s application to join PBB,” he added.

Willie, who is the Deputy Minister of Plantation Industries and Commodities, recently confirmed he had applied to join PBB.

He said his application was made a couple of months ago.