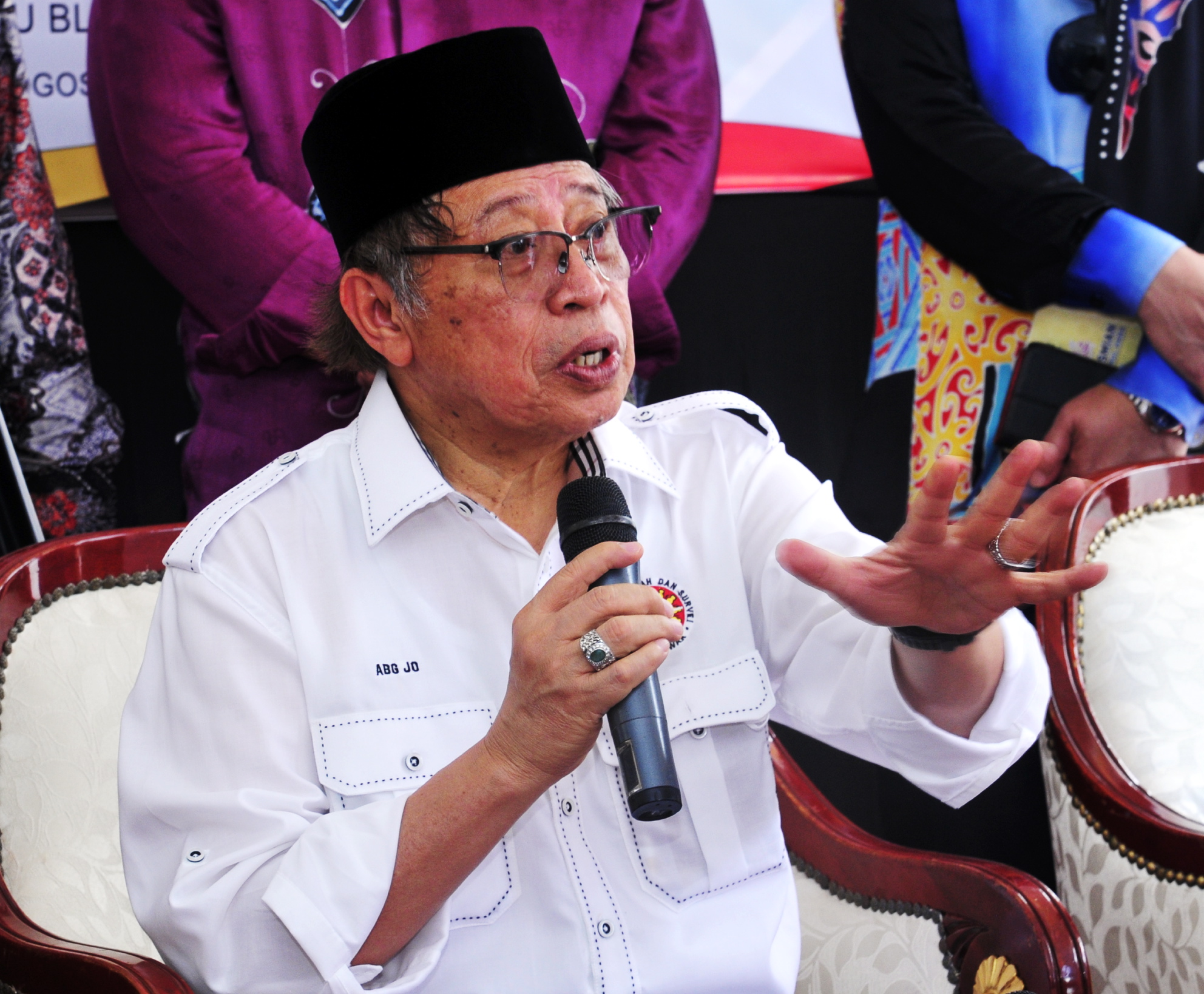 PBB not forcing out anyone

KUCHING: Parti Pesaka Bumiputera Bersatu (PBB) has a culture where it does not force its leaders to step down.

Its president Datuk Patinggi Tan Sri Abang Johari Tun Openg said instead the leaders know when to pass the baton to the next candidate.

“Yes, there are some PBB MPs who will not defend their seats. But the good thing about PBB is that when they know their service is enough, they will voluntarily step down.

“They will give way to the younger generation. And we don’t do it by force,” he said in a press conference after handing over of land titles, land compensations and house keys to households under the first phase of relocation to the Darul Hana Resettlement Scheme here yesterday.

The Premier was asked who will be among the 13 MPs from PBB who will not contest in the 15th general election (GE15).

“I will tell you later. Election, we do not know when it will be held,” he said, adding, “wait first. The ‘bedok’ (drum) has not been played.”

On Aug 6, Abang Johari, after chairing the PBB Supreme Council meeting at PBB headquarters, said that several MPs have expressed their intention not to defend their seats and to give way to the younger candidates in GE15.