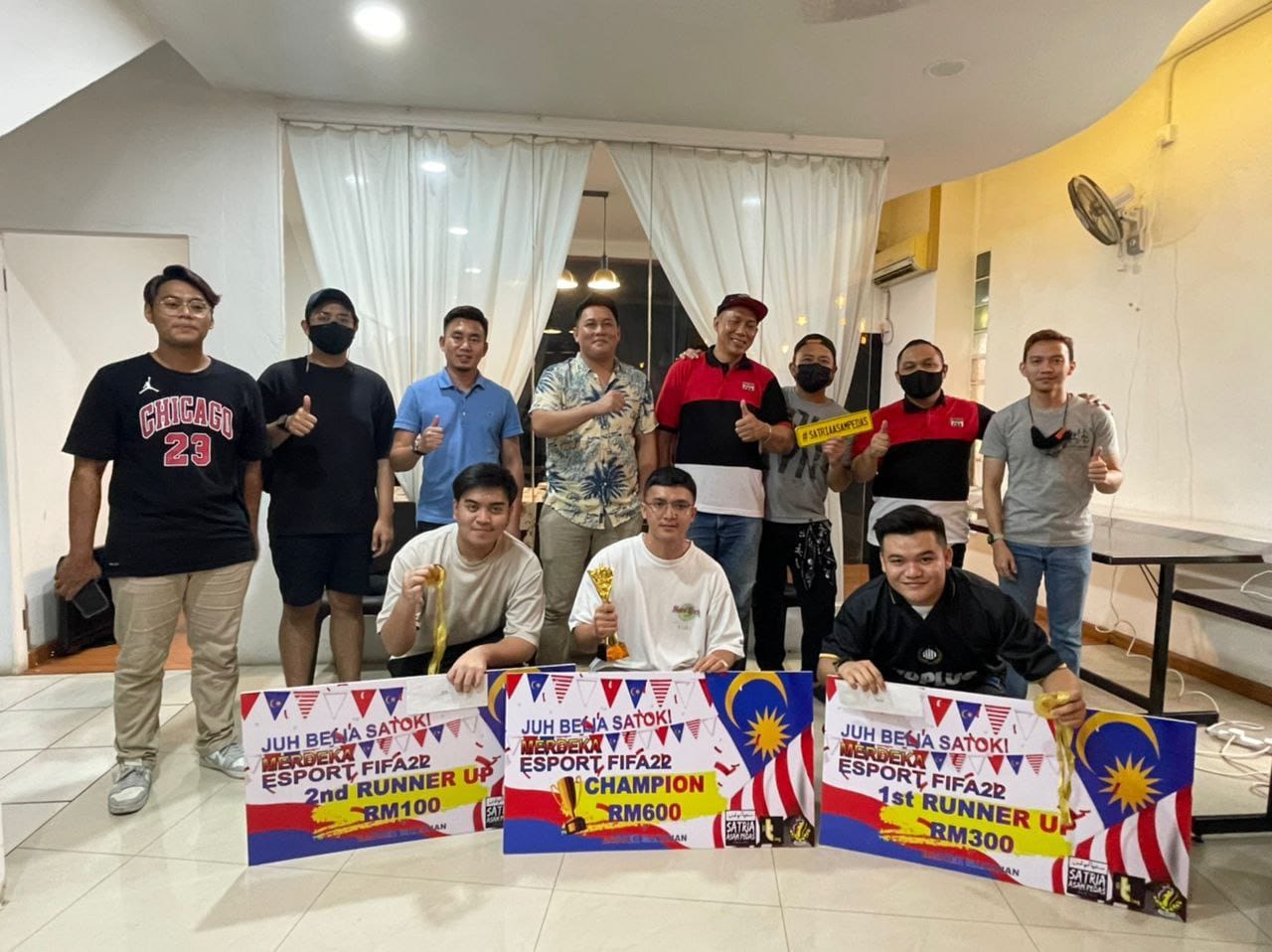 The event that was held in conjunction with Malaysia’s 65th Independence Day was jointly organised with Satok Youth wings.

According to the PBB Muhibbah Satok sub-branch in a statement today, a total of 32 participants competed in the event where Aidil Afiz emerged as the champion and took home a cash prize of RM600 including a trophy, and also a TinyGrill food voucher.

“The runner-up was Afiq Aqmar took home a cash prize of RM300 along with a medal and a TinyGrill dining voucher.

“While the third place went to Raad Khalik who took home a cash prize of RM100 along with a medal and Tinygrill food voucher,” the statement said.

Satok Youth chief, Mohammad Akram Karim expressed his gratitude to all the sponsors for the event.

“I would like to express my gratitude to Satria Asam Pedas as the sponsor of the competition venue, TinyGrill (meal vouchers), and also FVP Electronic Sports Club for their sponsorship,” he said via the statement.