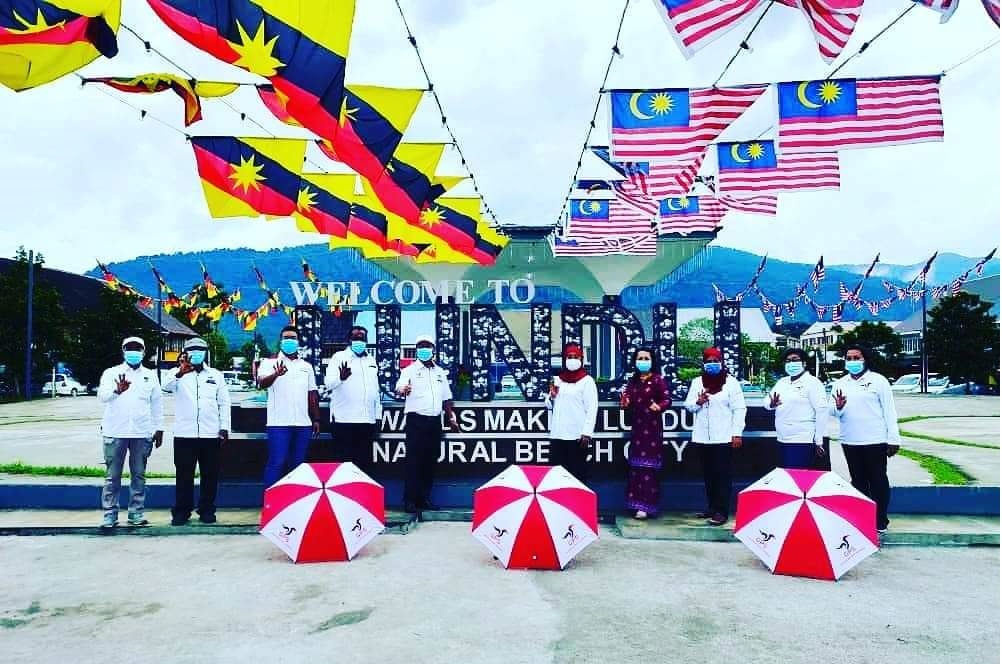 Tanjong Datu assemblyman Datuk Amar Jamilah Anu said her party machinery is “always creative and working hard because this is the first time the GPS is entering the election with a new logo.

“We make sure the GPS flag is distributed to every house. In addition, we also provide shirts, hats, towels, umbrellas, face masks, refrigerator magnets, wall stickers and also stickers for food containers so that people can see the coalition’s logo that will represent GPS in this coming election.

“Many people have yet to know the GPS logo but it is getting more recognisable now compared to previously,” she said during a working visit by State Legislative Assembly (DUN) Deputy Speaker and Mulu assemblyman Datuk Gerawat Gala to the Tanjong Datu Service Centre here on Thursday (Aug 20).

A simple briefing on the election by the Tanjong Datu PBB Information Division was also held as part of the programme for Gerawat’s visit.