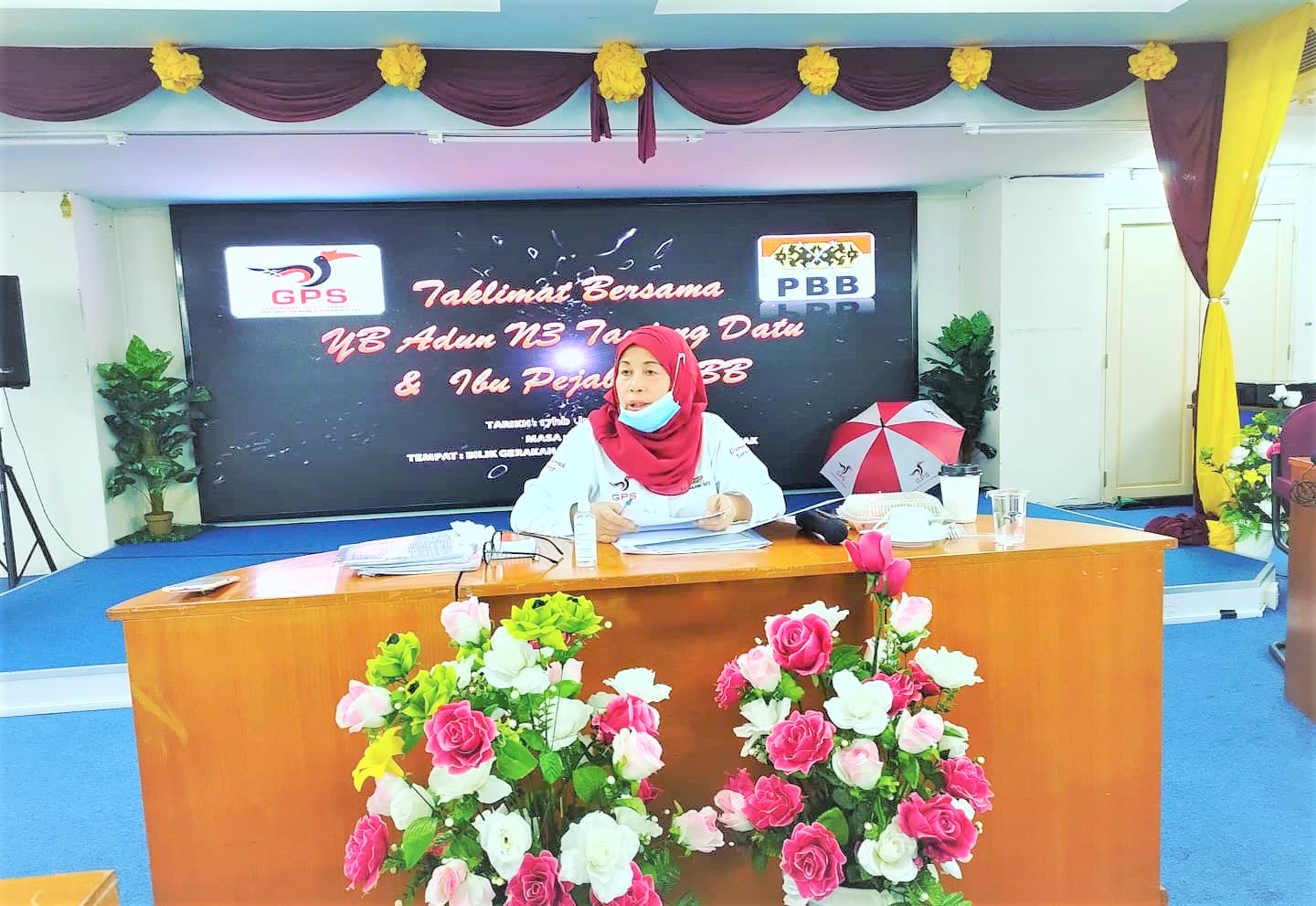 She said the preparation for the state election should include standard operating procedures (SOPs) introduced during the movement control order (MCO).

“This is by practicing social distancing, using face masks and washing hands as well as monitoring the ins and outs by recording the names and phone numbers of people for the purpose of keeping an individual record,” she said.

She was met during a briefing session at a Gabungan Parti Sarawak (GPS) road show held at PBB headquarters here on Wednesday (17 June).

During the programme, a symbolic presentation of hand sanitisers, face masks, umbrellas, towels and caps were given out for use at all operations room in Tanjung Datu.