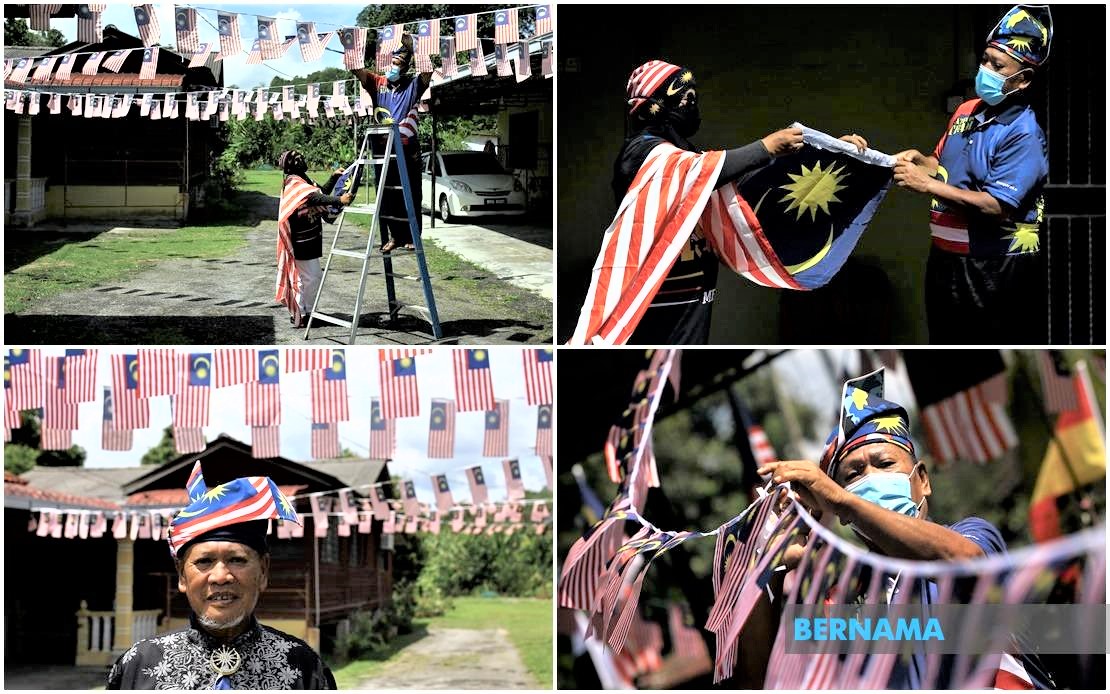 KUALA PILAH: It has been the norm for Mohamad Latif Atan since 12 years ago to express his love for the nation by putting up hundreds of Jalur Gemilang flag in the compound of his house in Kampung Tanjung Ipoh near here, each time the month of independence arrives.

The 64-year-old government pensioner and his wife, Rahimah Abu Bakar, 60, started collecting the flags when they were still working and currently had about 200 flags of numerous sizes costing RM500.

“Collecting the flag is my hobby. Each time I get my salary, I would buy the flag. This is to express my appreciation to those who had fought for our nation’s independence and sovereignty,” he said when met recently.

Mohamad Latif said seeing the Jalur Gemilang waving in the compound of his house from August 1 to September 16 each year, has given him a sense of satisfaction and pride as a Malaysian.

Other than putting up the flags in the compound of the house, the father of three also used his creativity to turn the Jalur Gemilang into clothes, umbrellas and hats further enliven the Independence Day celebration.

“Although we are not having the large-scale Independence Day celebrations due to the pandemic, we can celebrate in our own way such as by putting up the flags and wearing traditional clothes,” he said.

Meanwhile, an army retiree decorated his family’s food stall in Johol, near here by putting up 30 Jalur Gemilang and the flags of each state.

Nasharudin Zakaria, 55, said it has been a ritual for him since 10 years ago to decorate Warung Mak Dara every Independence Day to demonstrate his patriotic spirit.

“I have spent about RM200 to buy the flags this year and I don’t mind spending money for that. The flags will stay up until the Malaysia Day celebration on Sept 16,” he said.

Nasharudin said ‘decorating’ his stall with the flags has also become a good way to attract customers.

He said, despite the absence of the Merdeka Day parade like in past years, the spirit of independence could still be fostered by putting up flags on vehicles and buildings.

Nasharudin’s praiseworthy attitude was also emulated by his niece, Nor Izzah Syazana Abdul Talib, 24, who also shared the same interest of collecting Jalur Gemilang to be put up at the stall. – Bernama

Less than 100 dugongs in Sarawak today