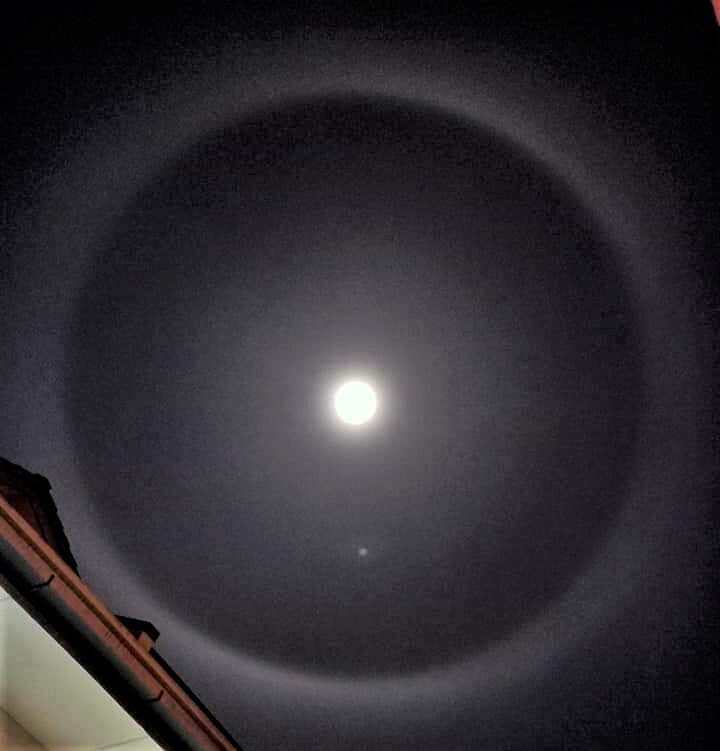 KUCHING: Sarawakians were able to witness the penumbral lunar eclipse from 1.45am until 5am on Saturday.

Among them was Fujica Anggo, 33, who was able to capture the eclipse using a smartphone from her car park at Jalan Batu Kawa-Matang here at 1.58am on Saturday.

“The good weather allows the penumbral eclipse to be clearly visible from my home,” she said.

Fujica said she found out about the eclipse after reading about it on the internet and wanted to take a picture of it as a memory since the next eclipse would only occur again in 2023.

The Sarawak State Mufti Department, in a statement, said Sarawakians could witness penumbral lunar eclipse occurring in the early morning hours of June 6, 2020.

“This phenomenon happens when the moon is in the penumbra location, which is a location nearly aligned to the sun and the earth.

“The penumbral lunar eclipse occurs during the full moon phase when moonlight becomes dimmer because the earth blocks some of the light from the sun,” the statement read.