KUALA LUMPUR: The key success to a corruption-free nation lies in the people’s determination to rid society of the scourge of corruption, said International Movement for a Just World (JUST) president Dr Chandra Muzaffar.

He said a change of government would not guarantee that the new leadership would refrain from corruption and other misdeeds, however, the real test occurred when leaders chose to do what was right even if it undermined their own interests.

“If electoral change, laws and persuasion do not lead to a corruption-free society, shouldn’t one turn to the people, that is, ask the people to do what they can to usher in a society with a stronger commitment to do what is right?” he said.

He said this in his article titled ‘A People’s Campaign Against Corruption’ published in the Bernama Thoughts section on the Bernama news portal.

Therefore, Chandra said, all Malaysians were invited to participate in a decentralised campaign, such as the Gerakan Sinar Rasuah Busters (Rasuah Busters), with the ultimate goal being not only to eliminate corruption but also to create a truly ethical and moral society.

In fact, he said this was the first time that such an initiative had emerged from the citizenry, although specific non-governmental organisations (NGOs) have, in the past, targeted specific aspects of corruption or specific transgressions.

“The campaign is a response to the perception that corruption has become more pervasive in our society. It highlights the impact of this scourge upon the people and why they should combat it for the sake of the nation and its future,” he said.

The recently-launched Rasuah Busters aims to raise awareness among Malaysians about the issue of corruption, and will be guided by the Malaysian Constitution, the Rukun Negara and the shared values of honesty and integrity embodied in all our religious teachings. – Bernama 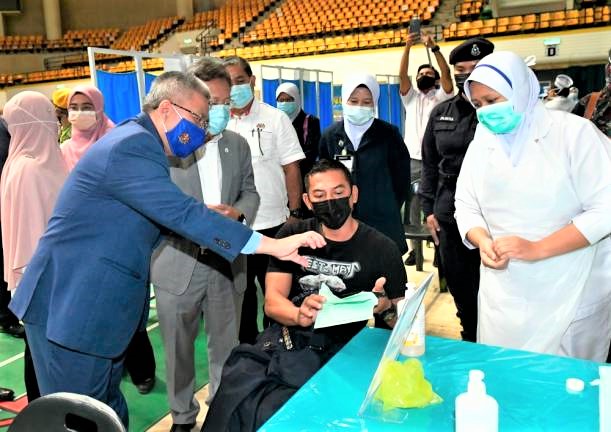