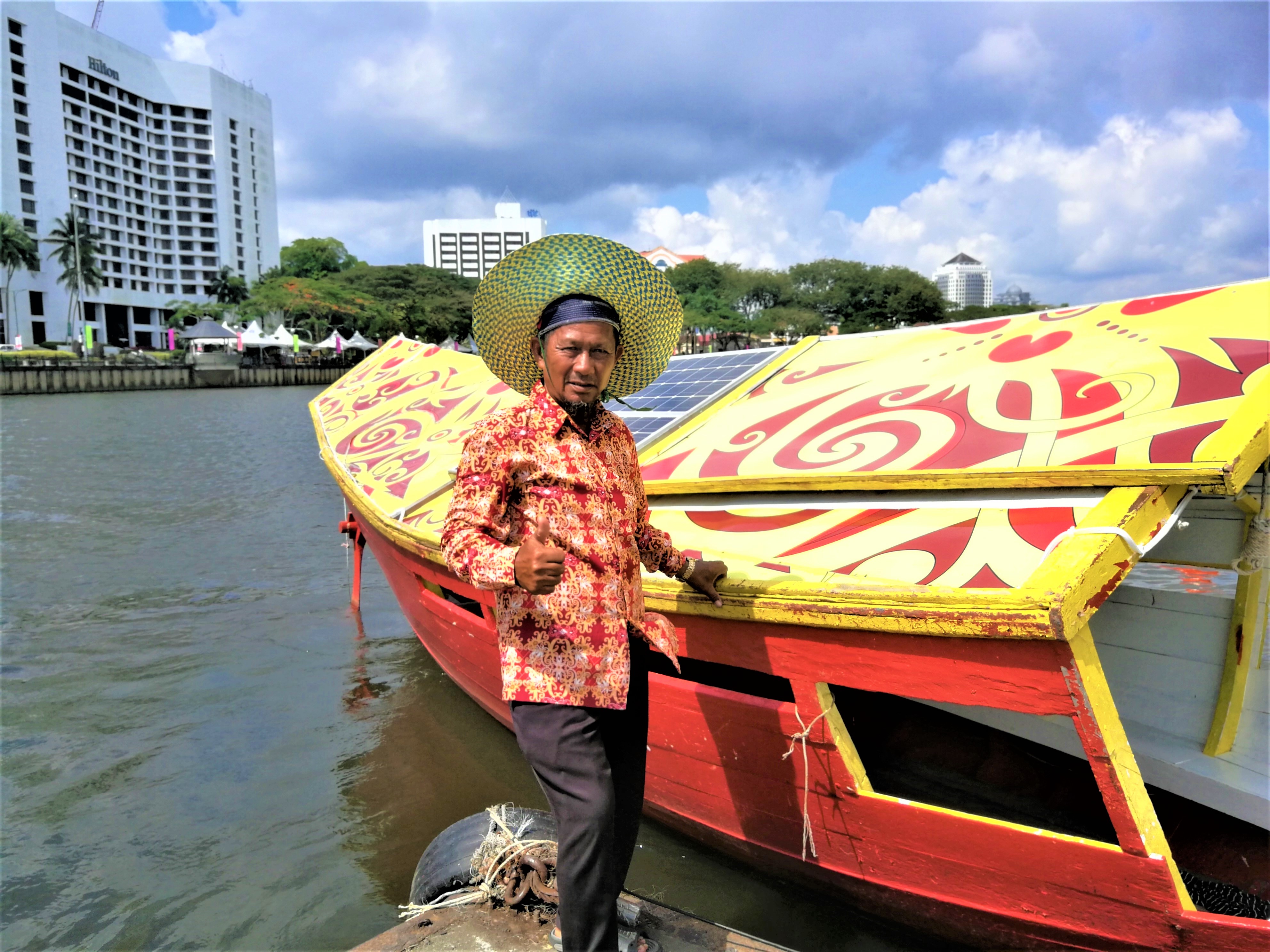 KUCHING: The “perahu tambang” or locally known as “penambang” (mini boat or ferry) is synonymous with the people in Sarawak, especially those who live at the riverbanks along Sarawak River here.

It was once the main mode of transportation to commute those living by the riverbanks to the city centre whereby, they will be ferried across the river to their preferred destination. Perhaps it is common for Sarawakians, but it has become one of the tourism products available in the state today.

As time goes by, the transportation has been affected however, it stood against time from being engulfed by modernisation.

Spark innovation by Unimas students has now brought new lease of life to these boats that are now equipped with solar system (rechargeable batteries) to illuminate the boat and add to the river’s scenery at night. 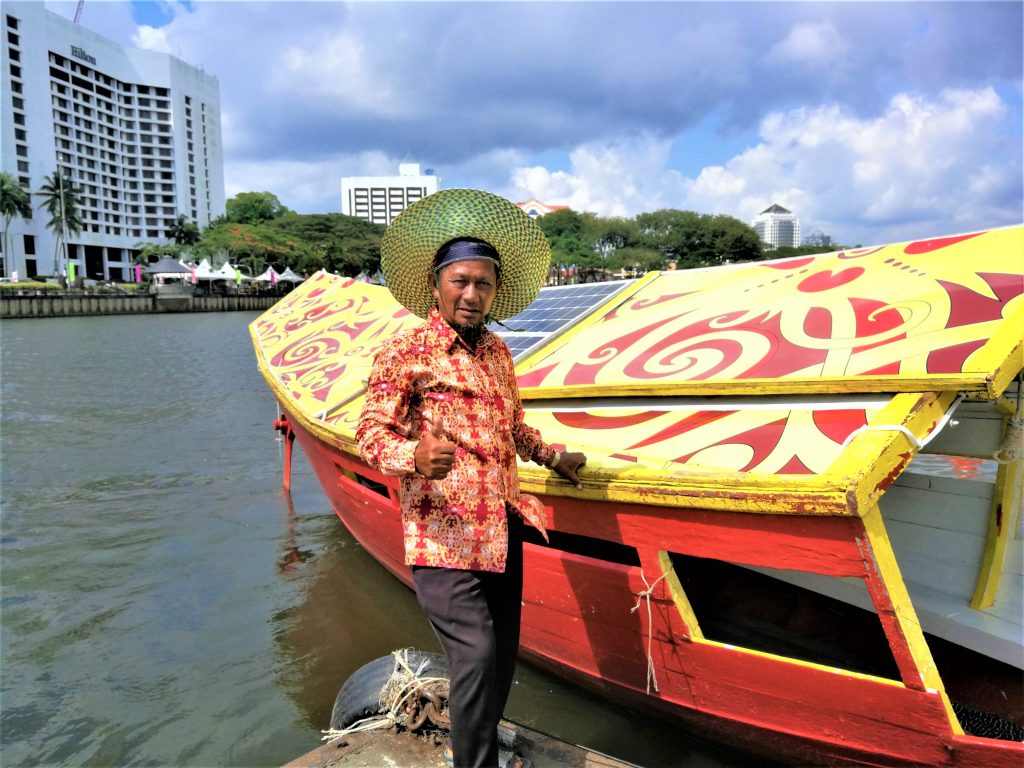 One of the operators, Bujang, gives a thumbs-up next to his boat that is equipped with solar system.

In the past, operators would have to rely on the use of lamps and external batteries as energy supply for the lighting of the boats. Now, the ferries have been upgraded through the adaption of technology.

With the adaptation of solar technology replacing the conventional methods, it turned out to be positive, convenient, and beneficial to operators in line with today’s technological transformation.

An operator, Yusuf Merais, said since his boat was equipped with solar system, he no longer had to worry about battery supplies as he had depended on conventional batteries that required charging every three to four days.

“It has benefited me for the last four months since it was introduced, it also gave our boat a new and vibrant look, making it eye-catching. I’m satisfied with it.

“Hence, there is no need for me to charge the batteries as the solar system allows it to recharge itself during the day and automatically switch on once night falls,” he said.

Another operator, Bujang Derus said such facilities were only introduced to them recently by Unimas students for their research purposes.

“I have faced no problem so far, the lights are good as it brightens the river at night and it is very convenient as we do not have to recharge the battery like we used to in the past,” he said.

A student who opts to use the boats, Nurul Nabila Asmadi said it is a good approach as in the past, she did not know whether the boats operated at night.

“But with the lights, we now know that such services are available and with the colourful lighting, it adds to the aesthetics of the river which also complements the Darul Hana Bridge and the musical fountain,” she said.

A tourist from England known as Barbara was awed to be part of history and was able to experience the traditional mode of transportation which is still very much relevant today.

“It is such a convenient way to cross the river and it is very pleasant,” said Barbara who is in Kuching for the first time.

A total of 12 boats operating at the Waterfront Kuching were given a new facelift following an initiative to upgrade these boats.

The process of upgrading the boats was carried out by the Unimas Faculty of Architecture and is one of the projects under the Old Heritage Project by the state government.

The upgrading the boat is divided into several stages including pattern suggestions, pattern selection to solar panel assembly; involving various parties to ensure the project’s success.

Foreigners detained over undocumented fertiliser
Previous Post
8,000 biscuit packs for those on duty during festive season