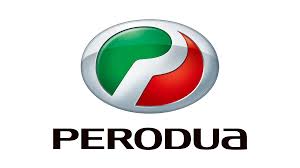 President and chief executive officer Datuk Zainal Abidin Ahmad said the target would be driven by maintaining sales figures of its thirdgeneration Myvi and the facelifted Bezza.

Zainal also did not deny that Perodua is bringing out at least one new model this year.

“On the back of strong demand, we foresee our sales performance this year to be on par with last year’s. We are cautiously optimistic that it is attainable despite a more competitive market this year,” he told reporters at the Perodua 2019 Full Year Review here yesterday.

For 2020 volume, Zainal said the Myvi and Bezza models are expected to lead the demand at
83,000 and 54,000 annual unit sales respectively.

To date, over 2,000 units of the 2020 Perodua Bezza facelift, which launched two weeks ago, have found homes out of an order tally of 15,000, including 8,000 orders converted from the pre-facelift model.

On localisation, he said Perodua expects to spend RM6 billion this year to buy local components, an 11 percent increase from RM5.4 billion spent in 2019.

“Bezza emerged as the best-selling sub-1.0 litre sedan in Sri Lanka while the carmaker entered a new market in the Seychelles,” he said.