The Plain of Jars is set to become an even bigger tourist attraction if the site is named a United Nations Educational, Scientific and Cultural Organisation (Unesco) World Heritage Site when the UN body meets in Azerbaijan from June 30 to July 7, the local daily quoted a Lao official as saying on Wednesday.

Laos has been working for 20 years to have the Plain of Jars, known locally as Thong Hai Hin, listed as a World Heritage Site. 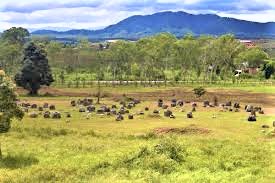 The Plain of Jars World Heritage proposal involves 11 separate places where the ancient stone jars are located in the province’s districts of Paek, Phaxay, Phoukoud and Kham, some 180 km northeast of Lao capital Vientiane.

The mysterious jars were carved from sandstone and granite, and their size ranges from very small to about 3.5 metres in height. They are thought to be more than 2,000 years old.

The Plain of Jars comprises about 80 distinct sites but only 11 are included in the listed area as they have the highest concentration of stone jars.

Laos achieved Unesco recognition of its first World Heritage Site in 1995 when Luang Prabang’s ancient town was nominated for listing. The second followed in 2001 when the Vat Phou temple complex in Champassak province was declared a World Heritage Site. – Bernama

SOP for churches, other religious bodies

Do not be the reason your children get infected by Covid-19...