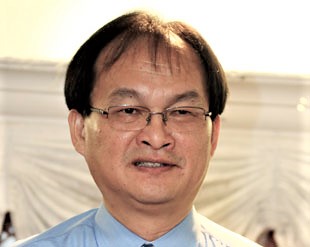 KUCHING: A suggestion to nominate Parti Warisan Sabah (Warisan) president Datuk Seri Shafie Apdal as candidate for the prime minister’s post is a big step to realise the equal rights of Sabah and Sarawak in the Malaysia federation.

Former Cabinet minister Baru Bian said it would fulfil the vision of Malaysia’s forefathers who agreed to the formation of Malaysia more than half a century ago.

He said Pakatan Harapan (PH) leaders should support the proposal to end the impasse over the PM candidate while recognising that there are other qualified leaders who deserve the same opportunity to hold the position.

“The long-standing disputes arising from the Malaysia Agreement 1963 (MA63) will also likely get resolved with Shafie heading the government of Malaysia. It would be in the interests of all parties to have these issues of state rights settled swiftly.

“Shafie is a seasoned politician and leader of a strong party in Sabah. He is eminently qualified for the post,” he said in a statement issued on Sunday (June 28).

Baru said there is no impediment to the appointment of Shafie as the premier, adding that according to Article 43(2)(a) of the Federal Constitution, the only requirement to be head of government is being someone who commands confidence of the majority.

“Having a PM from Sabah will be cause for much joy in both Sabah and Sarawak. It will finally be a sign of real inclusivity that our people have perhaps never felt.

“It may go a long way in soothing the rising resentment of Sabahans and Sarawakians at the perceived unequal treatment of Sabah and Sarawak and the lack of attention to our needs by the federal government,” he said.

He also urged the Gabungan Parti Sarawak (GPS) leaders to lend their support to Shafie, stressing that it would be a significant fulfillment of the Malaysia Agreement 1963 (MA63).

“This presents an opportunity to show the rest of the world that we are equal partners in the Federation of Malaysia and not mere second cousins. Sabah and Sarawak leaders, if given a chance, will bring a refreshing change to the government of this nation,” he said.

Slasher takes to the roof
Previous Post
Biggest joke yet