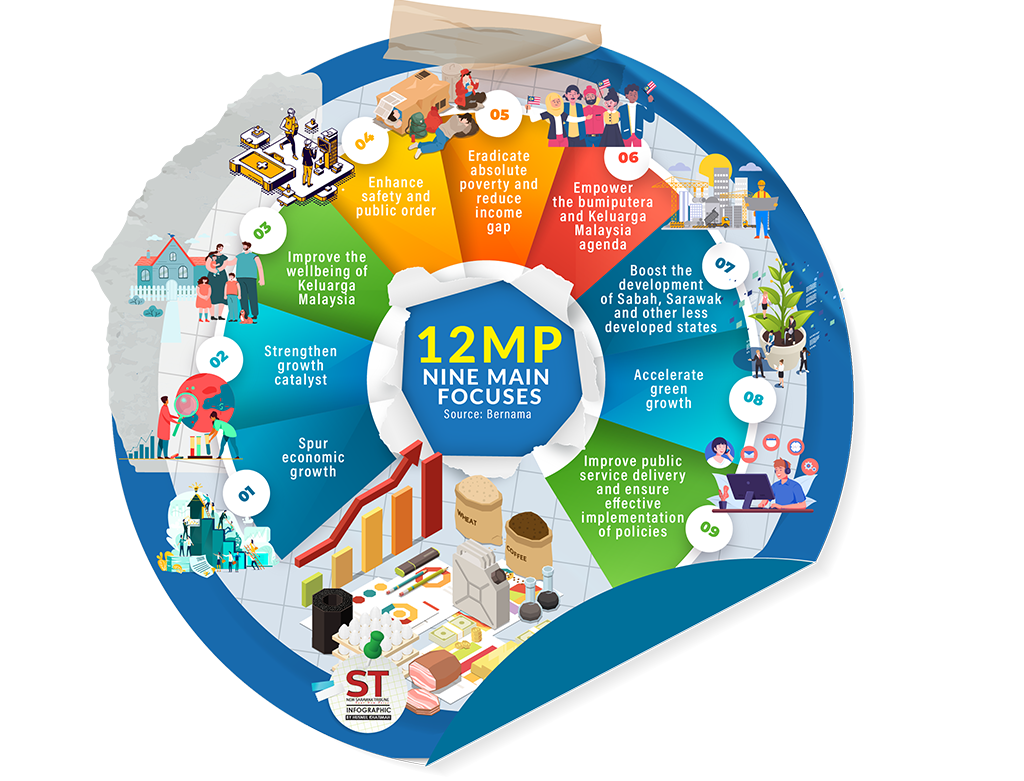 KUCHING: The federal government is committed to resolve issues involving claims by Sarawak and Sabah based on the Malaysia Agreement 1963 (MA63).

This would include basic infrastructure, gas and electricity regulation, digitalisation and security, said Prime Minister Datuk Seri Ismail Sabri when tabling the motion on the 12th Malaysia Plan (2021-2025) at the Dewan Rakyat in Putrajaya yesterday (Sept 27).

“The provision of basic infrastructure would be expanded with the construction of a bridge and the upgrading of 1,400km tar-sealed rural roads and the completion of the 1,150km Pan Borneo Highway,” he added.

He said all these were among the many projects and developments planned for implementation in Sarawak and Sabah under the five-year plan.

He said the government would also be constructing a total of 26 new rural health clinics in both states.

Ismail said also in the pipeline would be the construction of new houses and repair of dilapidated homes under the housing programme which would benefit 26,000 hardcore poor households in Sarawak and Sabah.