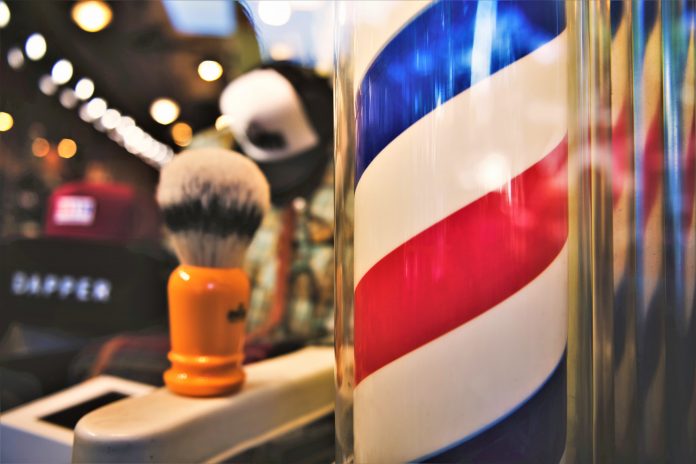 KUCHING: Even barbers and owners of hair salons don’t agree with the federal government’s move to allow their business to operate during the ongoing movement control order (MCO) period.

They would very much want to reopen their businesses, but as barbershop owner 33-year-old Gary Abraham Freddy put it, now is not the time yet.

“In order to cut hair, we have to touch our clients. That’s more than close proximity, and we don’t know whether or not, they have the virus. The risk is too high,” he said.

He said yes, business was affected but what was important was safety came first and business came second.

“At first when the news broke, I was so happy, but for a second only. Then come to think of it, now is not the right time to resume business.

“My advice is stay at home till this pandemic is over. Don’t take the risk. Ignore your hair and stay safe. No point in having beautiful hairdo if you’re dead,” he said.

Claudia Chai, 29, who is an insurance consultant, thought it was not a good idea to allow hair salons and barbershops to get back to business.

“Why? Because we don’t know who carry the virus,” she said.

Claudia, who is also Gary’s wife, said she wanted her husband to be safe by not doing his business for the time being.

“We have kids at home so it is for the safety of everyone. Too dangerous to cut hair while the pandemic is going on,” she said.

She, therefore, hoped the federal government would reverse its decision to allow barbershops and hair salons to re-open for business.

“Non-essential businesses shouldn’t be open because more people will get infected,” she said, adding that there were already too many people infected and yet there was still no cure for the disease.

She also observed that there were many complaints about children, men and women’s hair getting longer because salons and barbershops have been closed for a few weeks now.

“This MCO period is not an excuse to be lazy and complain about anything and everything. Many things can be done at home with the technology we have now including cutting or styling hair,” she said.

She said women could learn how to cut their husbands’ hair after watching tutorials on YouTube or even learn to dye their own hair using dyes at the nearest supermarket or pharmacy.

“Parents can always learn how to cut their children’s hair by using a bowl (for measuring) and a pair of scissors just like in the olden days, or get other ideas from the Internet,” she said.

A salon owner in Samarahan area, who wished anonymity, said even though the government had allowed barbershops or salons to resume business, he would not open his door to customers.

He said this city and Samarahan were still red zones, so he would not operate for safety reasons.

As for assistant engineer Robinson Sidi, 30, he too agreed that barbershops or salons should not open, especially those located in Covid-19 red zones.

He grudgingly agreed that barbershops could operate in green zones provided they strictly adhere to the standard operating procedure (SOP) set by the Ministry of Health (MoH).

“Barbershop owners who want to re-open for business must ensure that they have only a few customers in their premises and still practise social distancing as much as possible,” he said.

He said barbershops relied on customers for their incomes, but for safety reasons, it was best not to open yet as the country was still fighting the pandemic.

“It can be difficult for some men as they have not cut their hair since the MCO was enforced, but they have to wait until the pandemic has died down,” he said.

Office assistant Alfie Allin, 35, said he didn’t want barbershops or salons to operate at this moment.

“They are not considered essential services. People can still live with their long hair,” he said.

He pointed out that each hair cut took at least 15 minutes or more, thus making it impossible to maintain social distancing.

“My advice is, just let your hair grow long for now. It’s the new normal now,” he said.