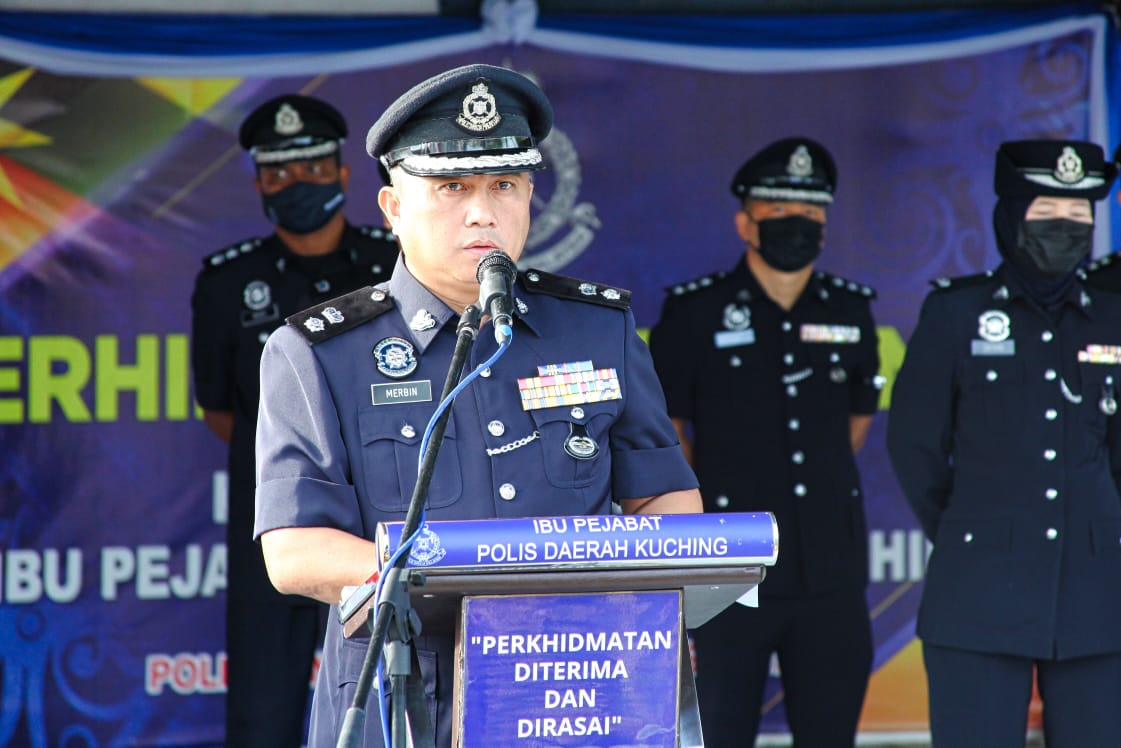 KUCHING: All policemen and assets of Kuching district police headquarters (IPD) are prepared to face the coming monsoon season and the 15th General Election (GE15).

District deputy police chief Supt Merbin Lisa said police’s assets are ready and can be mobilised at any time if necessary for the upcoming monsoon.

“Based on our past experiences (during the monsoon season), we are making improvements so that the police’s response will be more prepared and efficient in providing assistance to flood victims and locations.

“We are also conducting in-service training (LDP) for our men to strengthen their tasks to be carried out in the event of a flood,” he said during the Kuching IPD monthly assembly this morning.

On the upcoming GE15, preparations are also taken into consideration as the officers and personnel need to carry out their duties professionally to avoid negative implications which can tarnish the police’s image.

Merbin said Kuching IPD through the Public Order Division and Training branch, is planning LDP for them to strengthen their knowledge, responsibilities and jurisdiction under the Elections Act 1954 and other provisions of the law in carrying out assignments during the next general election.

“On Sept 14, the Inspector-General of Police has issued instructions pertaining to efforts to strengthen the practice of language decency in delivering the police’s services.

“As an enforcement officer, it is necessary to maintain a high level of professionalism throughout carrying out special duties during GE15 assignments,” he said.

Meanwhile, he also advised police officers, personnel as well as civil servants of Kuching IPD to always maintain integrity and discipline both on and off duty to maintain the police’s image so that it is always respected and held in high esteem by the community.

Merbin stressed that any disciplinary violation will be dealt with accordingly based on the offense committed.