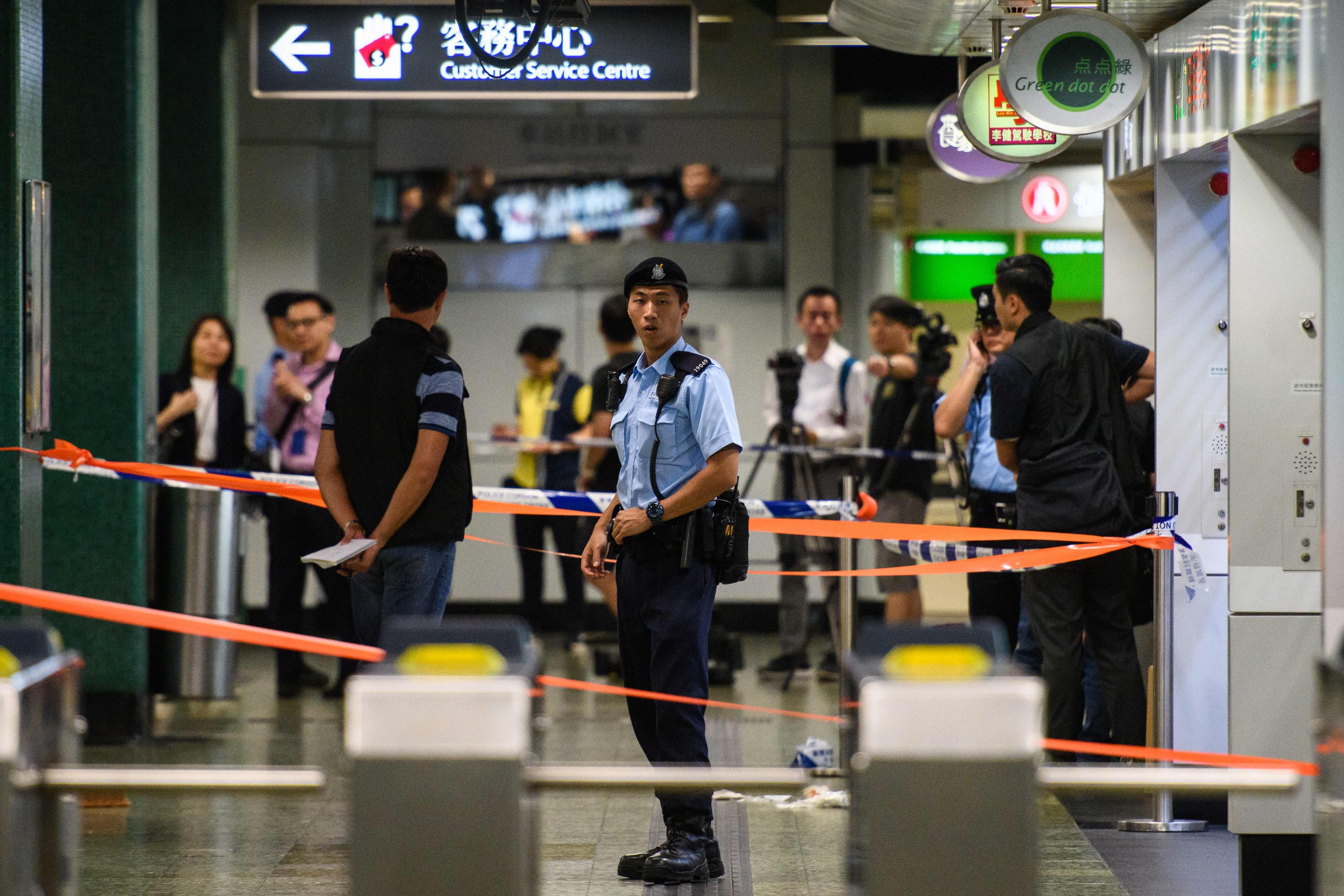 A policeman stands guard within a cordoned off area in Sham Shui Po MTR underground station in Hong Kong on November 7, 2018, after police shot a knifeman when he tried to attack them, according to officials. PHOTO: AFP

HONG KONG: Hong Kong police shot and critically injured a man who they said threatened officers with a knife during a stop-and-search operation in a busy subway station on Wednesday.

It is rare for police to shoot suspects in Hong Kong, where it is illegal for the public to carry firearms.
Officers intercepted a “suspicious” man in Sham Shui Po station but he then pulled a six-inch (15-centimetre) knife from his backpack, divisional commander Chow Ngai-kong told reporters.

After giving him a warning, a policewoman shot him and he was sent to hospital with a stomach injury.
The 55-year-old knifeman, who has been arrested, is in a critical condition.

Asked by reporters why police had fired at the man during rush hour in a crowded station, Chow said their lives had been under threat.

“The male was using a life-threatening sharp-edged weapon to try to attack officers at the scene,” Chow said.

“She has considered whether she has the opportunity to hit the target before she actually opened fire,” he added.

The man was a Hong Kong identity card holder, Chow said, giving no further detail on the suspect.- AFP

admin33
I am a web developer who is working as a freelancer. I am living in Saigon, a crowded city of Vietnam. I am promoting for http://sneeit.com
View All Posts by Author
Construction of road on schedule
Previous Post
Workaholic, educationist, a caring friend
Next Post
You May Also Like