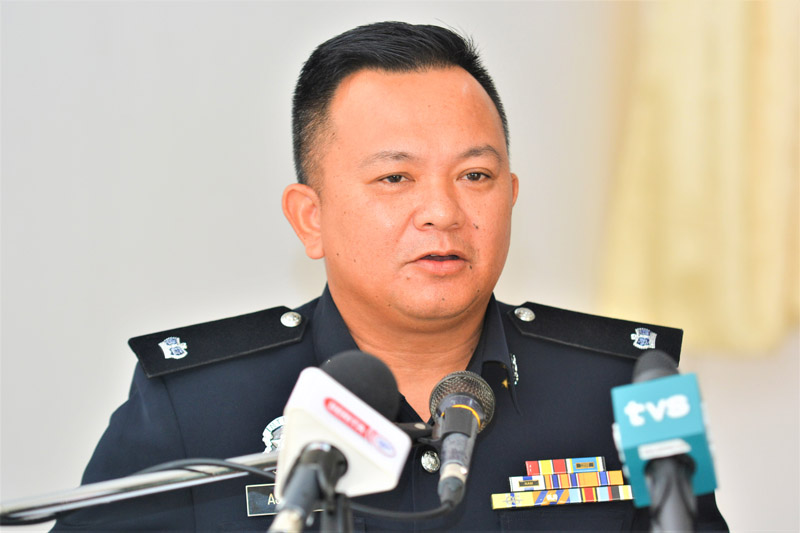 KUCHING: In view of the coming Ramadan month, the police will be tightening security controls to ensure that the immigrants’ activity to enter or exit Sarawak will be eradicated.

Serian police chief DSP Aswandy Anis said this coming (Ramadan) month, there will be immigrants here (in the state) that would want to go back to their country to fast and celebrate with the family.

“That being said, we will be enhancing our (security) controls to eradicate this sort of activity.

“Hence, we hope that the local community will continue to channel any information on such activities to authorities and actions will be taken against them,” he said in a press conference on operations against illegal immigrants at the Senior Police Officers’ Mess of GOF Sarawak headquarters today.

On the statistic involving tekongs (agents) and illegal immigrants arrested in Serian and charged in the court, he revealed that from Jan to Mar this year, Serian police have opened 10 investigation papers under the Anti-Trafficking in Persons and Migrant Smuggling (Atipsom) Act 2007.

Of which, five have already been charged in court and the remaining are still under investigation.

For this year, a total of 62 persons were detained under the Atipsom Act 2007, it comprised 13 local men, 38 Indonesian men, 10 Indonesian women and a boy.

Aswandy also appealed to the local community not to get involved in such activities because if they are caught, they will be investigated under the Atipsom Act 2007.

“And according to Section 26A of the Atipsom Act 2007 for abetting in trafficking foreigners into the state, they (locals) can be sentenced to imprisonment up to 15 years and  fined.

“In addition, locals would be remanded for 28 days under the Security Offences (Special Measures) Act while, the immigrants will be remanded under the Immigration Act 1959/63,” he said.