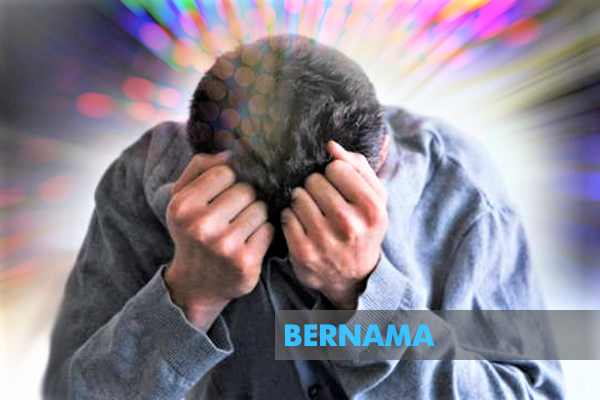 By Siti Radziah Hamzah
KUALA LUMPUR: “I told her once I wasn’t good at anything. She told me survival is a talent,” wrote American author Susanna Kaysen in her 1993 memoir Girl, Interrupted, narrating her two-year experience being institutionalised in a psychiatric hospital.

Survival is a talent, indeed, as mental illness patients have been heavily stigmatised by the community. This is despite gaining proper attention from the government, medical practitioners as well as non-governmental organisations championing the cause.

The aforementioned parties have acknowledged the rise in patients and suicide ideation among those affected with it.

However, are the attention being translated into the appropriate measures and policies to address mental health issues in the country?

Generally, the prognosis for mental patients in Malaysia is quite good. There is increased awareness and psychoeducation taking place online and offline and the general attitude towards mental illness and those afflicted by it has been improving, said Malaysian Youth Mental Health Initiative (MINDAKAMI) co-founder and head of creative communications Zulaikha Mohamad.

“I would say, however, that the stigma and discrimination is still rampant. Many people have shared their experience being treated negatively on MINDAKAMI’s social media, a platform for sharing mental health experiences.

“Some have been treated horribly by nurses and doctors, fired from jobs, kicked out from houses and mentally or physically abused by family members due to their condition,” she told Bernama.

Zulaikha said there were pockets of communities online that provided support for mental health issues that could act as safe spaces for patients. However, it has also revealed societal tendencies towards certain assumptions.

“People tend to perceive mental illness negatively when a local celebrity comes out and claims that they are struggling with depression. It becomes a controversy and there usually is a big hype on social media when this happens. Many feel that these celebrities are doing it just for publicity or are being overly dramatic.

“Some say this puts mental illness in bad light. While I don’t necessarily deny the impact it has, I do believe that our society is quick to make assumptions and label situations in extremes. Everyone can express their opinion on social media, although this doesn’t mean we have to comment on everything,” Zulaikha opined.

The state of mental health in Malaysia

According to the Malaysian Health System Research report (March 2016), mental illness is a leading cause of economic loss at the individual, family, employer, health system, and national levels due to direct and indirect health costs, absenteeism, lost productivity while at work, and decreased income — all of which can result in a reduced national economic output.

After his appointment as the Health Minister last year, Datuk Seri Dr Dzulkefly Ahmad has said that among the key areas of his ministry’s focus would be addressing problems faced by those afflicted with mental health issues.

Zulaikha said more attention have been given to issues surrounding mental illness in the past five years, as made evident by the increasing number of mental health organisations established across the country. This is in addition to initiatives such as MINDAKAMI and Mental Illness Awareness and Support Association (MIASA) that have come forward to lay the foundation in providing a strong support system for patients, especially the younger ones.

She noted that mental health assessments offered by government health clinics and the establishment of the government community mental health centres such as MENTARI was a great way to increase access to mental health care. This is especially so considering the scarcity of psychiatrists and clinical psychologists in the country.

MENTARI is a new approach initiated by the Ministry of Health Malaysia (MOH) to improve outreach and reintegration of people with mental health problems.

“The National Health and Morbidity Survey 2015 indicates that there has been an increase in mental health problems in adults — but this may also mean that more people are being open about their mental health issues.

“That does not mean we should not be concerned. I believe, as a society, we are starting to realise the importance of taking care of our mental health,” she said.

However, there has yet to be an official guideline, standard operation procedure and training for first responders in approaching mentally ill people in a manner that prioritises their wellbeing and human rights.

While other areas in the healthcare sector have seen significant progress such as the introduction and upcoming enforcement of the smoke-free air regulation in eateries and the PeKa B40 health protection scheme, mental health has yet to receive a proper boost.

It is a fact that mental disorders and suicide rates in Malaysia have risen over the last decade and indicates a growing crisis. Therefore, urgent action must be taken to tackle this concern.

The Galen Centre for Health and Social Policy research officer Jade See said the B40 population was at a higher risk of developing mental health problems due to their tough life circumstances.

“It would greatly impact them because they are the ones who can’t afford private practitioners and can only access public healthcare service. Therefore, they will be disproportionately impacted than people who can afford private healthcare,” she said.

The World Health Organisation (WHO) estimates approximately one million people die from suicide every year and this represents a global mortality rate of 16 people or one death every 40 seconds.

In Malaysia, suicide rates were predicted to be as high as 13 persons per 100,000 individuals, while attempted suicides were estimated to be at least 15 times higher than the number of actual suicides.

Several government ministries are working to address this by taking measures like drafting a national strategic action plan on mental health. However, holistic and collaborative action needs to be taken today to mitigate the worsening mental health status in Malaysia.

The Galen Centre in its policy brief titled “Improving Mental Health in Malaysia: Recommendations for Policymakers” released in January this year stated that Section 309 of the Penal Code criminalises any person who attempts suicide with imprisonment of up to one year, with a fine, or both.

The centre said this legislation has had negative consequences to those who attempted suicide and urged the government to repeal the law.

“Repealing Section 309 of the Penal Code could remove the element of fear from prosecution that prevents people from coming forward to get help,” said See.

Zulaikha, meanwhile, said that mental health issues should be addressed by a multi-ministerial unit as it concerned not only the MOH.

“Decriminalising suicide attempts should be done to decrease the stigma on mental health issues and anti-discrimination laws should also be put in place and enforced for people with mental illness, as the Persons with Disabilities Act 2008 has proven to be insufficient,” she added.

The government should also revive the National Suicide Registry of Malaysia (NSRM) due to the lack of a comprehensive database on suicide cases in the country.

The NSRM was set up in 2007 to provide the public with access to data on suicides in the country. However, after two published reports, NRSM’s official website ceased to exist in 2009.

In early June, the Deputy Prime Minister Datuk Seri Dr Wan Azizah Wan Ismail announced that the Attorney General’s Chambers has been instructed to study a suggestion to decriminalise attempted suicide, as spelt out in the Penal Code.

The Galen Centre also urged the revival of the National Mental Health Registry to ensure comprehensive coverage of mental disorders, regular updates and monitoring, and independence of the registry within the healthcare system.

It also proposed that as a start, the registry could compile existing data related to mental health from other registries, as per the National Mental Health Performance Report 2016.

Handling the young ones

Zulaikha said mental health screening and education should also be addressed at an earlier age to prevent children from developing severe mental health issues as adults.

“We do know that the MOH has a Healthy Minds Programme in public schools, although it is not really widespread. I am unsure of its effectiveness as there has yet to be publicly available national reports evaluating the programme,” said Zulaikha.

She said there was also a dire need to avail more jobs in government settings for psychology officers and clinical psychologists. Many currently go to private practice due to the lack of opportunities in the government sector.

“The government should also look into qualifications, ethical compliance and competence of school counsellors as many students are afraid to reach out to them because there is a perception that the counsellors will tell others and it will spread around in the school,” she said. – Bernama