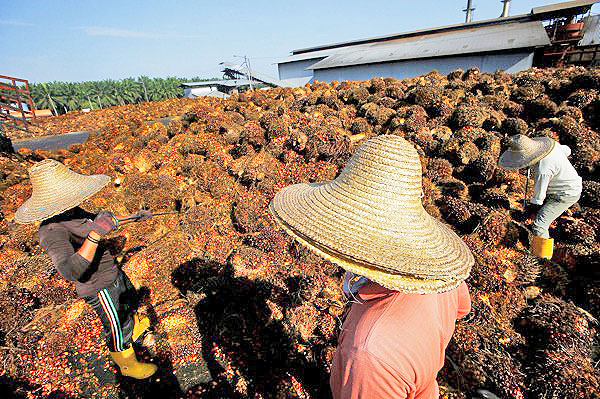 Primary Industries Minister Teresa Kok said Egypt and Morocco, which are not only the gateways to Northern African but also Europe and Central Africa, have shown keen interest to import Malaysian palm oil.

“Indirectly, we can also penetrate new markets such as Tunisia and Libya through Morocco.

“The ministry also sees a big opportunity in Benin which imported 240,000 tonnes of palm oil from Malaysia last year,” she said in response to a question from Mohd Shahr Abdullah (BN-Paya Besar) during the Ministers’ Question Time.

Kok said Turkey is also a potential market as exports of palm oil and palm-based products increased 5.7 percent to 975,960 tonnes last year from 922,690 tonnes in 2017 as a result of the free-trade agreement between Malaysia and Turkey.

She said in Central Asia, countries such as Kazakhstan, Uzbekistan, Kyrgyzstan and Tajikistan have started importing Malaysian palm oil products, while in South Asia, Sri Lanka is a potential market to be explored, especially in the food, and oil and fats industries.

“The ministry will also be holding the Palm Oil Trade Fair and Seminar in Jeddah on April 24-25, as part of the efforts to expand the marketing of Malaysian palm oil to the Middle East, particularly to Saudi Arabia,” she said.

Kok said the government would be taking steps to diversify the application of palm oil as part of the efforts to empower the downstream industry which also included increasing the blend of palm biofuel with diesel via the B10 Biodiesel programmes which was made mandatory for the transport sector and the B7 programme for the industrial sector beginning July 1, 2019.

“Apart from helping to increase domestic palm oil consumption, the B10 programme has also contributed to the reduction of palm oil stocks.

“This resulted in a positive impact and increased palm oil prices as early as January and February this year when the average monthly price of palm oil increased to RM2,037 (January) and RM2,122.65 (February) a tonne, compared with December’s price of RM1,794.50 a tonne,” she said.

Kok added that the government has allocated additional funds for high-impact downstream projects for industry players, especially small and medium enterprises, to develop the oleochemical and biochemical sectors, as well as encourage the manufacturing of high value-added palm-based food and health products. –Bernama

Bernama
View All Posts by Author
SIGGAS gets offer to buy subsidiary for RM226.59 mln
Previous Post
We should consider Sapok, says Karim