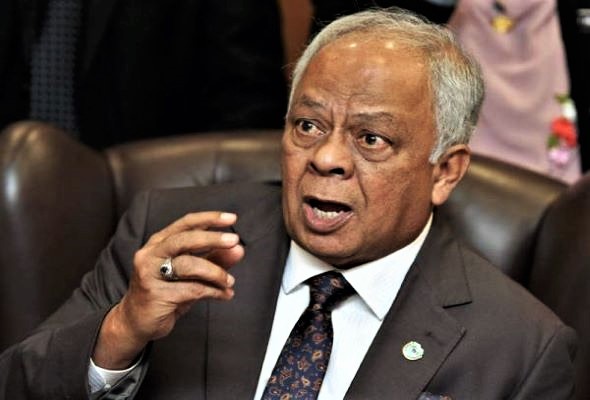 KUALA LUMPUR: The process to elect the new Dewan Negara president to replace Tan Sri SA Vigneswaran, whose term ended on June 22, must be impartial in which utmost priority must be given to preserving the sanctity of the Senate.

Council of Malaysian Senators president Senator Datuk Seri Khairudin Samad said as the upper house of the Parliament of Malaysia, Dewan Negara must be seen as an institution not tied to political party sentiments.

“Members of the Senate must be seen as impartial and must debate issues with facts, and also during the election and appointment process of the new Senate president and deputy president, should it go to a vote.

“Dewan Negara members are not elected via polls, and that is why the position of the Senate does not change whenever there is a dissolution of the Parliament. Whoever is appointed Senate President, the main focus must be the Dewan Negara’s role as the upper house of the Parliament of Malaysia,” he said in a statement today.

Khairudin said members of the Senate appointed or elected by the state legislative assemblies are those who have an excellent service track record in their respective states.

Senators appointed by the Yang di-Pertuan Agong, meanwhile, are those from various professional backgrounds such as commerce, industry, agriculture, education, cultural activities or social services as well as representatives of ethnic minorities, disabled persons (OKU) group, artistes and so on, he said.

As such, Khairudin said the sanctity of the Senate must be preserved at all times.

He also urged Senators who will be attending the voting session expected to be held on Sept 2, to fulfil their responsibility, this to protect the Constitutional Monarchy and Parliamentary Democracy system and uphold the positions of the Parliament and the Senate.

This is in line with the oath taken when they were sworn in as Senators, which is to fulfil their duties as best possible, to be loyal to the country as well as to abide by, preserve and defend the Malaysian constitution.

According to the Senate calendar on the Parliament official website, the next Dewan Negara session will be held for 11 days beginning Wednesday (Sept 2) until Sept 23.

Several portals prior to this had speculated former minister Tan Sri Dr Rais Yatim as the frontrunner for the vacant Senate president position. – Bernama