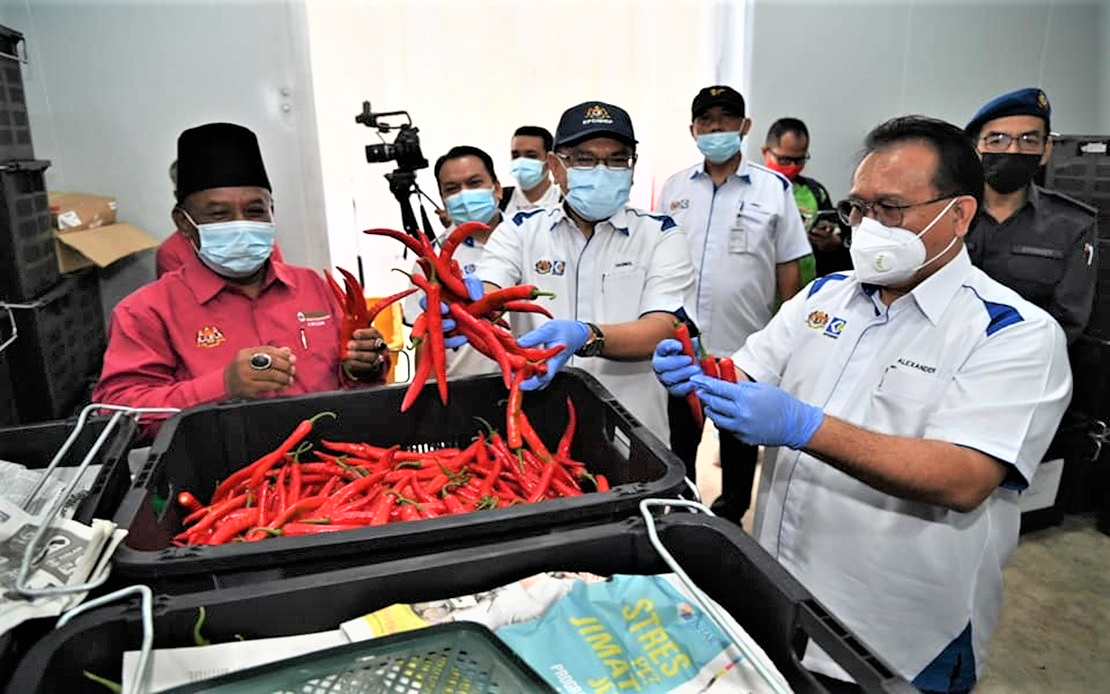 Citing the “cili merah kulai”, he said, the price was RM23 per kg last December, but this week it dropped by 17 per cent to RM19 per kg.

He said the increase in the price of vegetables such as chilli was due to the weather change in the country, as well as the extreme cold weather in the highland areas, such as the Cameron Highlands, which are the major suppliers of such produce.

“These weather conditions have caused the quality and quantity of vegetables to drop,” he said in a statement today.

The statement was issued following his visit to a vegetable collection centre (red chilli) in Telok Panglima Garang, Selangor, yesterday.

According to him, the chilli planting in Malaysia is strongly influenced by weather, soil and sand type with a value of Ph 5.5-6.5 and moderate humidity levels.

Nanta said the physical area of ​​chilli farms in Malaysia was 576.85 hectares, with 204.45 hectares planted with kulai chillies.

“Chilli consumption by Malaysian consumers is estimated at about 0.006 kg per person per day, or 0.17 kg per month, or 2 kg per year, meaning the annual supply needed for the 32.73 million Malaysians is 65.46 million kg,” he said.

He said he would discuss with Agriculture and Food Industry Minister Datuk Seri Dr Ronald Kiandee on strategic and progressive measures to increase the capacity of local chilli farmers.

Meanwhile, on the Ops Pasar 2021 (vegetables) conducted by the ministry between last Jan 12 and 21, Nanta said, a total of 320 premises of retailers and suppliers had been inspected.

Apart from chilli, he said the price of red onions is also expected to drop soon as India has started re-exporting the produce and the consignment having arrived at the Malaysian port. – Bernama