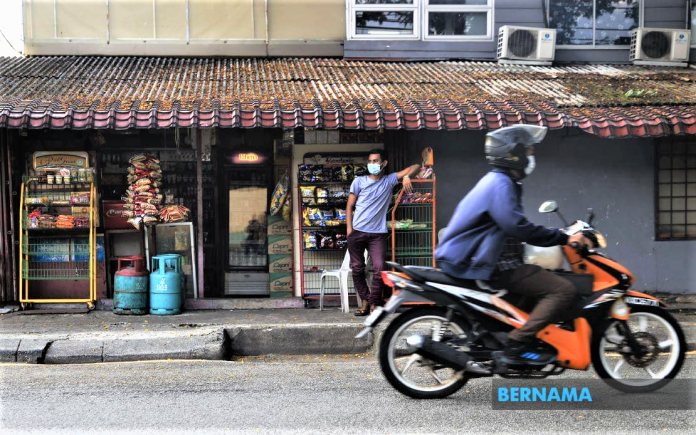 KUCHING: “My family is also like that of Makcik Kiah’s…as an unmarried person, I receive RM800, my father, who is a government pensioner gets RM500 and my younger sibling, who is in university gets RM200,” said Muhammad Nasrun Zaidi, 21.

The package that benefits all segments of the society is to ease the burden of the people and industries, including Small and Medium Enterprises (SMEs), in facing the challenges of the Covid-19 outbreak, which has forced the government to implement the Movement Control Order to break the chain of the virus infection.

The Prihatin package, involving RM250 billion, provides immediate assistance to ease the burden of all those affected by the Covid-19 outbreak with no group being left out.

Muhammad Nasrun said his mother also benefits from rental exemption where she would not have to pay rent on the canteen for six months, while the moratorium announcement by Bank Negara on car and housing loan monthly instalment repayments, also brought great relief to his family.

“I am very grateful for the government’s assistance… we do know how long this situation is going to be, so necessary preparations for any eventuality have to be planned from now,” he told Bernama.

Muhammad Nasrun, who is a content producer with a private radio station and now works from home, said he had not expected for single individuals and private employees to also benefit from the Prihatin package.

“The assistance from this government is well worth because several of my family members benefit from it” he added. – Bernama