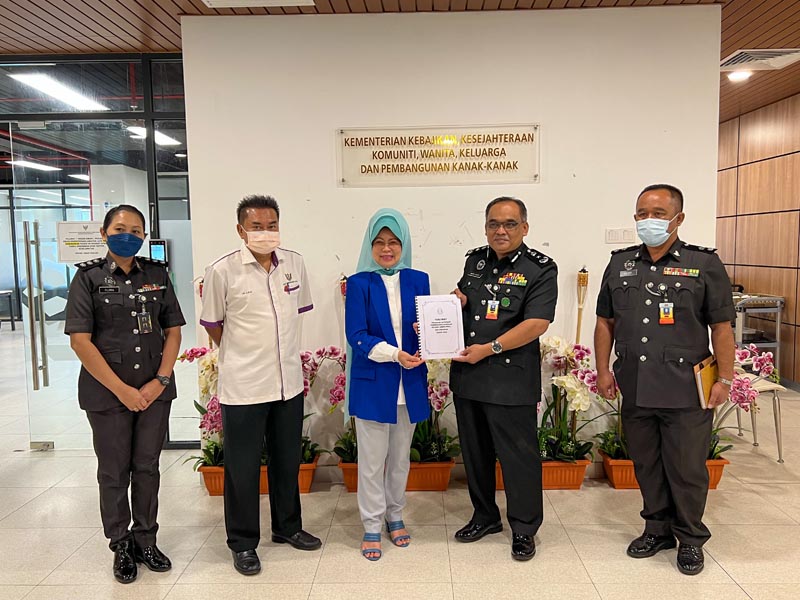 Among others, Fatimah was briefed on, and invited to, the prisoner release on licence or Pelepasan Banduan Secara Lesen (PBSL) event at Dewan Kelab Melayu Kampung Nyabor on Sept 20 in Sibu.

“Being released on licence allows a prisoner to reintegrate into the community, rebuild family ties and helps to prevent re-offending.

“In addition, PBSL also aims to reduce overcrowding in prisons. It is one of the rehabilitation programmes in the Malaysian Prisons Department (JPM) in addition to the parole programme and community service,” Andri explained.

He added that prisoners would be placed in the community with employers and families so that they could return to society after undergoing the programme in prison.

When asked by the media regarding the target number for programme enrolment, he said it was not about the number but about “giving them a chance to follow the conditions set and JPM promises to assist them throughout the programme.”

“Additionally, convicts with one year left in prison will be provided with a parole programme that might be amended soon with inclusion of those serving under three years,” he added.

As of early 2020 to August this year, 470 ex-convicts have successfully integrated back into the community in Sarawak.