Two educationists did not waste much time brooding over the various lockdowns since the movement control order (MCO) was imposed in March last year.

Instead, they made full use of their artistic talent and produced commendable artworks and thereby fulfilling the usually spoken inference that a picture speaks a thousand words.

Michael Nelson Achek, 71, is a retired teachers’ college lecturer who was my colleague from 1979 to 1982 while the other is a 50-year-old secondary school teacher who prefers to be called Ceejay.

In both then Rajang Teachers College (now IPG Rajang) in Bintangor (1979-1993) and Kuching’s Batu Lintang Teachers College (1993 until retirement in 2005), Mike, as he is fondly known, taught Arts Education. He took a break to a do his degree in Fine Arts in USM, Penang — upon my persuasion — between 1983 and 1987. In fact in 1985 my spouse and I dropped by at his ‘rumah pelamin’ in USM campus during our visit to see friends in my former faculty. He graduated with Bachelor of Arts (Hons) with specialisation in fine arts.

During the various lockdowns, Mike produced close to 100 pieces of paintings in his favourite acrylic on canvas while the sensational secondary school teacher, still in her prime at 50, painted on art paper using crayons and watercolour.  She shared with us a few of her simple, yet well-defined artworks which I am sure she shared with a lot of her students in her Art classes as teachers are required to teach online too during the current movement restrictions.

Mike, who is a member of the Sarawak Artists Society (SAS), has sold a lot of his paintings since March last year. Some that are completed and in the process of being done will be exhibited later when the time is right, he told me.

As an artist myself, I am certainly impressed by Mike’s artwork that he shares with me through WhatsApp — currently I am yet able to have a physical look at them.

From my personal observation, he is influenced by a number of known artists or painters. His human figures do remind me of paintings of Tahiti origins by post-impressionist Paul Gauguin (1848-1903) who utilised the cloisonnism painting style. It was noted that Gauguin decided to make a career out of his passion for painting and fled the old world in 1891 for the South Sea island of Tahiti. It became a flight to an exotic paradise in Gauguin’s imagination and became his inspiration to produce paintings worth millions of dollars. Mike’s pieces are nothing less with his glowing colours and resplendent surfaces.

There are also canvasses by Mike that show the influence in terms of bold strokes in the style of post-impressionist Dutch painter Vincent van Gogh (1853-1890) who posthumously became one of the most famous and influential figures in the history of Western art.  Mike’s works on sceneries are almost duplicates of Impressionism leader Claude Monet (1840-1926) and to some extent futurist and surrealist Salvador Dali (1904-1989). His rare abstract piece is an influence of Willem de Kooning (1904-1997) one of the most renowned abstract expressionists in the history of art who had influenced numerous artists during his time and even years after his death. The layered and multi-coloured pieces with hues and motifs typify de Kooning’s revolutionary canvases of the 30s until the late 80s.

“In fact I just painted according to my mood without thinking of those established current or past artists, though I do have a special liking for works by the likes of Gauguin, Dali, Monet and van Gogh. Somehow or rather, a few of my pieces might relate to them.

“I do appreciate works by Latif Mohidin and Piyadasa (the late Prof Redza Piyadasa) too, especially the former’s Pago-Pago series and the latter’s depictions of conceptualism,” he revealed to me when we talked about his paintings and recalling the late Piyadasa (my sculpture lecturer who gave me the sole A score for our faculty in my final assignment entitled ‘Headhunting Warrior Dance’) and our mentor Latif, who was also the winner of various Malaysian literary awards.

“Gauguin relates more to me with his realistic depictions of figures — especially Haitian females — who are almost similar to our local Iban women,” Mike pointed out during our telephone conversation.

Mike told me more than 10 of his paintings done during the lockdowns haD been sold.

Meanwhile, Ceejay who is busy with her online lessons, expressed appreciation for being approached by New Sarawak Tribune.

“I have never been interviewed or spoken to by any media group, so I am nervous,” she said but refused to be photographed.

“I teach Pendidikan Seni to Form One and Two students; some of them already quite mature despite being only 13 and 14.

“Some are quite good in their drawing and colouring,” she said, adding she taught them to paint using crayons and watercolour.

“However, I’m not good at using pencils,” said Ceejay who graduated with a Bachelor of Education degree specialising in living skills from Open University of Malaysia (OUM). She obtained her Teaching Diploma from a teachers’ college in the early 90s.

Her works, mostly in watercolour, are simple yet meaningful because they show her firm inner strength, transcending the borders between realism and abstract surrealism. Some even show elements of cubism in the style of Picasso, especially her paintings on plants.

Such works are promising and an indication that schoolteachers are capable of multitasking.

Having a rough notion of my fine arts (especially batik) background she even asked whether I could teach her batik painting which I answered in the affirmative. 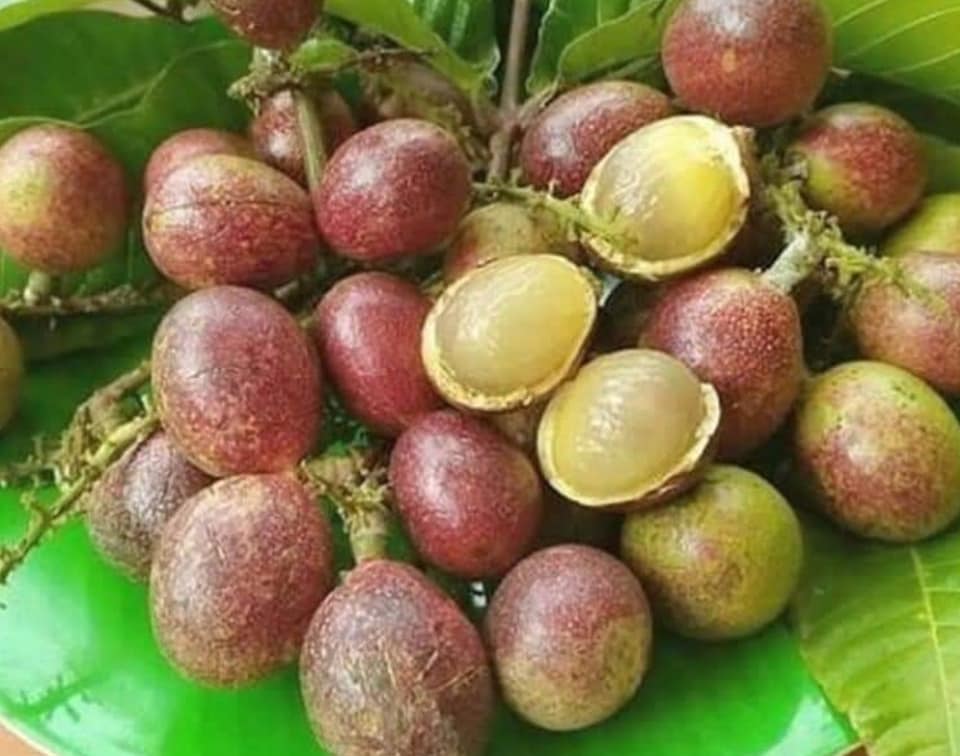 The pometia pinnata seeds (biji Buah Kristal) are they really safe to eat?

Covid-19 can become endemic in Malaysia