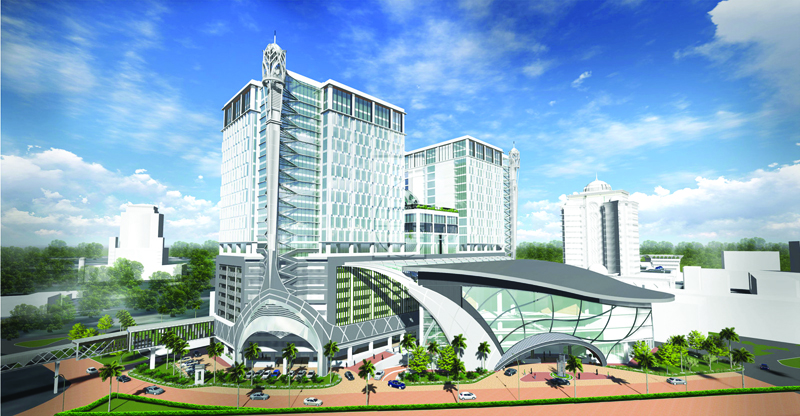 Since Datuk Patinggi Abang Johari Tun Openg took over as the Chief Minister of Sarawak three years ago on January 13, 2017, his first priority was to transform Sarawak’s conventional economy to digital economy.

As most developing countries are already at the forefront of digital economy, Abang Johari does not want Sarawak to be left behind. In the state, digital economy is not only about digital technology in business transactions but covers all aspects.

Under the Sarawak Digital Economy Strategy 2018 to 2022, there are 47 strategies and strategic actions and the seven anchor sectors are Agriculture, Manufacturing-Industry 4.0, Tourism, Smart City, Digital Health, e-Commerce and Digital Government.

Many digital economy initiatives have already been implemented since the setting up of Sarawak Multimedia Authority (SMA) in Nov 2017 to facilitate the digital economy programme and projects.

To ensure the success of the digital evolution, Abang Johari announced an allocation of RM400 million to carry out the various digital economy initiatives when tabling the State 2020 Budget.

They include the Smart Traffic Light System which will be installed at 140 junctions and can reduce travel time by 30 percent.

A Smart Flood Management and Response System using over 300 telemetry stations has been implemented to provide timely information to relevant government agencies as well as early warnings to citizens.

The state government is also currently developing the Sarawak Integrated Operation Centre (SIOC) and CCTV platform for consolidation of information for the purpose of monitoring and managing disasters, safety, security and development in the state.

It is in the process of planning and collaborating with smart city consultants and experts to develop a holistic Kuching Smart City Master Plan.

Miri City to be smart city

In November, Abang Johari also announced that Miri City was being transformed into a smart city. The state government has already crafted a master plan for Kuching, in which Darul Hana in Petra Jaya, will also become a smart city.

To provide better coverage for its people, 300 more telecommunication towers will be implemented after 2020.

Among other initiatives are the establishment of Sarawak ID, a single online identity   to access Sarawak government digital services.

Sarawak ID supports 14 Sarawak government applications including eLASIS and Talikhidmat and is currently used by 135,000 people.

The implementation of the Sarawak Pay e-wallet has also received a positive response from the public. Now it is used by 150,000 consumers as well as 10,000 merchants and has facilitated over RM110 million sales and purchase transactions.

Other than that, five SMA-Tegas Digital Innovation Hubs (DIH) which serve to nurture talents, provide support for entrepreneurs and create innovators have been set up in Kuching, Sibu, Miri, Bintulu and Sarikei.

Twenty six research grants have been provided to five universities in Sarawak for the benefit of 22 students pursuing their masters and doctoral degrees.