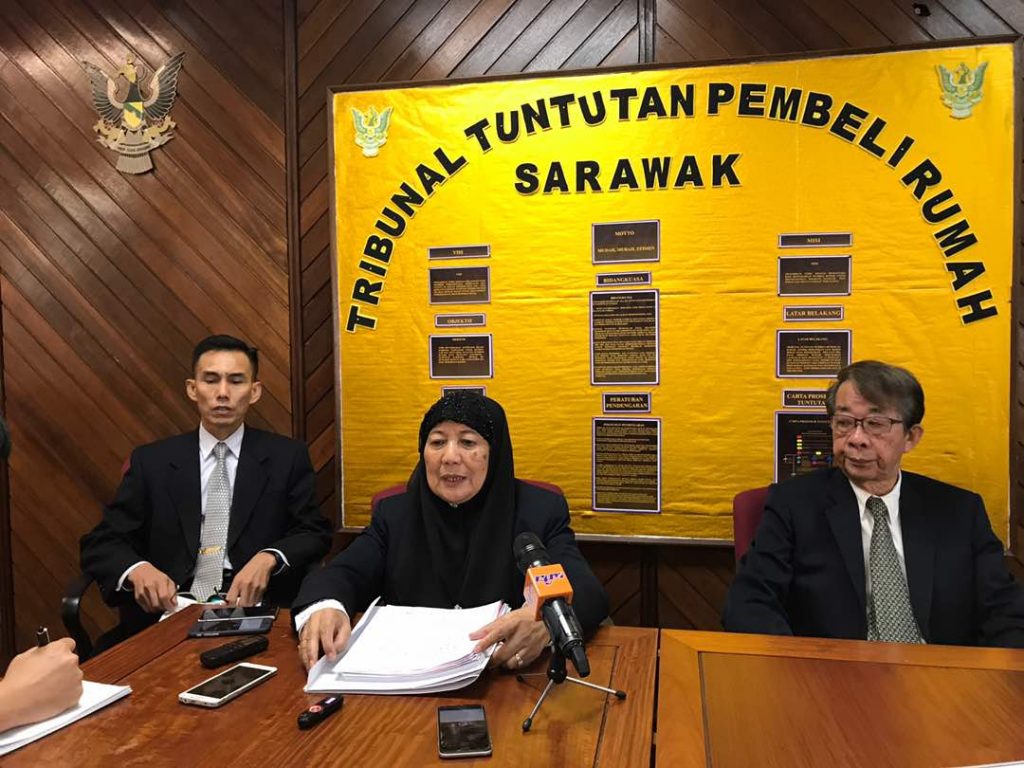 KUCHING: A project developer for the construction of apartments at a leading supermarket in the city was ordered to pay compensation of RM36,670 to two buyers because it was found violating the terms of sale and purchase.

Damages were claimed by Kueh Beng Kiat who gets paid RM18,937 while Daisy Charmaine Lim Lan Shang will be paid RM17,733.

Both the claimants who were the buyers have signed sale and purchase agreements of the apartment in November 2013.

However, the developer has failed to complete the apartments within the prescribed period, which should have been completed within 36 months (on 1 December 2016).

As a result of the delay, both the buyers wanted to claim compensation for losses incurred during the period of delay.

Maznah in a press conference advised the developer to plan carefully before making the implementation of housing projects primarily involving large projects.

“Developers need to evaluate many of the criteria in terms of the weather and the purchase of building materials that can slow down the construction process,” she said.