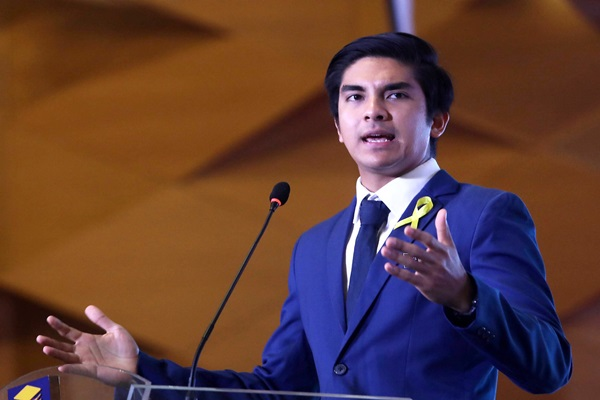 Proposal to lower voting age for next parliament meeting

SHAH ALAM: A proposal to amend the Federal Constitution to lower the voting age from 21 years to 18 years will be brought up in the next Parliamentary meeting.

Youth and Sports Minister Syed Saddiq Syed Abdul Rahman said he would be tabling the proposal for debate in the next Parliamentary meeting.

“The Cabinet has agreed the proposal be brought up in the next meeting of Parliament this June or July, and the Youth and Sports Ministry will be tabling the proposal on behalf of the government,” he told reporters after delivering a keynote address at the Rise of the Asian Tiger Convention at Dewan Agung Tuanku Canselor (DATC), Universiti Teknologi Mara (UiTM) here today.

The Federal Constitution has set 21 years of age as the limit for voting eligibility.

Meanwhile in his keynote address, Syed Saddiq said youths should be bolder in thinking out of the box and should not be afraid to take up challenges.

“The nation’s effort to return as an Asian Tiger will not be successful if our level of thinking does not change or try something new.

“In the past, when Prime Minister Tun Dr Mahathir Mohamad wanted to build Putrajaya many protested. Similarly, when KLIA (Kuala Lumpur International Airport) was proposed.

“When we organised the Langkawi International Maritime and Aerospace Exhibition (LIMA), many did not agree and thought it was the toy of the rich and would not benefit the people.

“But now we see many Malaysian companies succeeding in placing themselves in the defence industry worth billions of ringgit,” he said. – Bernama