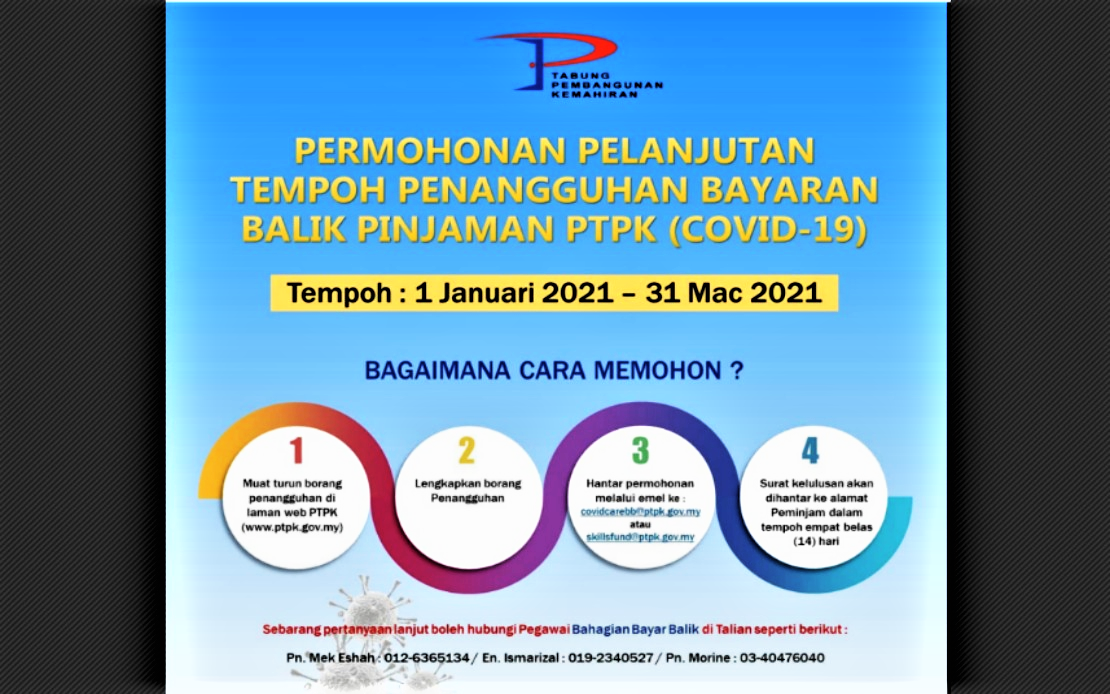 PASIR MAS: The Skills Development Fund Corporation (PTPK) will continue to extend the deferment of loan repayment until a period to be announced later following the implementation of the movement control order (MCO).

PTPK chairman Ahmad Fadhli Shaari said the postponement was in line with the government’s intention to ease the burden of borrowers while facing the current Covid-19 situation.

“Among our initiatives is to offer the moratorium as a temporary relief to the financial pressures faced by borrowers.

“Borrowers are exempted from paying their loans until the government makes an announcement later on the moratorium even though the delay affects the performance of repayment,” he told Bernama after the Pasir Mas Parliamentary area PTPK Flood Disaster Donation Programme, here, today.

“It involves the allocation of RM1 billion to help people acquire skills at training centres.

“For us, extending the postponement is an obligation as a government to ensure that the people are taken care of… but on the other hand despite being offered a moratorium, there are also borrowers who make repayments even though they are not required to at this time,” he said.

Meanwhile, Ahmad Fadhli, who is also the Member of Parliament for Pasir Mas, said more than RM500,000 was allocated by PTPK to help flood victims in several states earlier.

“We started distributing the aid over the past two weeks in Johor, Pahang and Kelantan to alleviate the burden faced by flood victims.

“In Pasir Mas alone, RM100,000 was allocated to help victims affected by the previous floods,” he said – Bernama