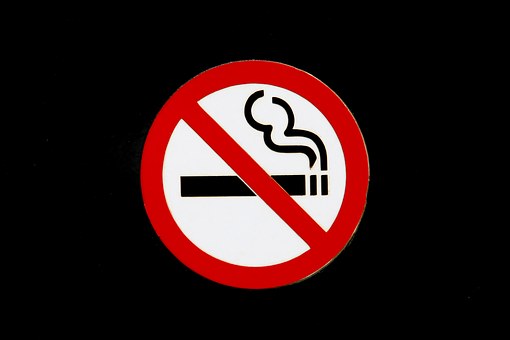 KUCHING: The state Health Department is going on with its educational efforts during the grace period for the smoking ban at all eateries introduced by the government recently.

Kuching Division Health Officer Dr Azlee Ayub said there are more than two thousand premises and the department has inspected about 70 per cent of them.

“During the inspections the health officers told those who run the eateries to put up no-smoking signs while those who did not put up the signs were given warnings.

“Customers who got caught smoking are also warned. They won’t be fined until this coming Sept 1,” he said during a walkabout at Stutong Ramadan bazaar yesterday.

He pointed that all premises operators have complied with the new regulation.

“When we receive a complaint about a customer smoking at an eatery, we will investigate it,” he said.

The Health Department had issued a total of 1,998 notices to people who smoked at eateries statewide in the period from March 1 to April 30.

Kuching recorded the highest number of notices issued under Regulation 12(1)(b) at 28, Bintulu (19), Limbang (eight), Samarahan (six), Miri (three), Betong and Sarikei (one each), whereas no notices were issued in the other five divisions.

Dr Azlee pointed out that there were no reports of open challenge by any errant smoker to the authority when confronted not to smoke. The inspection will be conducted on a weekly basis until the end of June.

As such, about 80 per cent of the 8,090 registered eateries statewide have put up the no-smoking signs. Most smokers are aware of the ban and abide with the regulation.