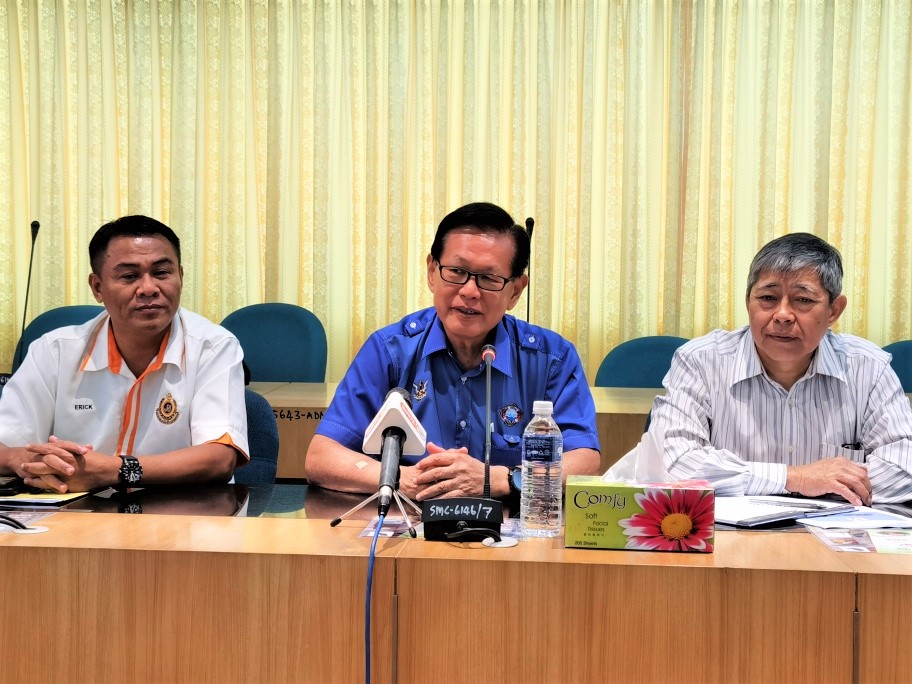 Public Transport committee in every division

SIBU: The Sarawak Transport Ministry will be setting up a Public Transport committee in every division with the main task of studying how to reduce traffic congestion in towns and cities in the state.

Transport Minister Datuk Lee Kim Shin told the press  after meeting with bus company operators here yesterday that the committee would be headed by the Resident of each division.

Lee said his ministry would be gathering data on the traffic congestion and how to overcome this with the utilisation of public transport service.

“We can solve traffic congestion if more people opt to use public transport  and that we have efficient bus service. We want to encourage more people to take the bus rather than using their own transport,” he said.

Lee had personally gone to see for himself the efficiency of buses in the state. He took buses in Kuching, Sibu and Miri.

“In Kuching, I took a bus from Stutong to the hospital. It took the bus one hour and 45 minutes to arrive at the destination due to traffic congestion,” he said.

Yesterday morning, he was on a bus from the bus terminal to Jalan Lanang and back.

“One woman, who is working in a legal firm, told me she used the bus every day to her office, which costs her RM3.60 daily for a round trip.

“She finds it more comfortable taking the bus than to drive as she would have to fork out RM200 a month for parking fees and fuel.

“A second person, a male passenger, is doing the same thing. He has to walk 10 minutes from the bus terminal to the office which has become a routine for him,” Lee related.

However, as much as the ministry wanted to promote public transport service among the people, the decreasing number of stage buses could derail the effort, he said.

Using Sibu as an example, he said the number of stage buses had decreased from more than 200 to just 39, which are operated by three companies.

Lee said these companies had to cut down the number due to shortage of passengers.

“They are also facing the shortage of qualified drivers. To employ drivers, they would have to spend RM6,000 to help them get a Class E driving licence first and later the public service vehicle licence,” he said.