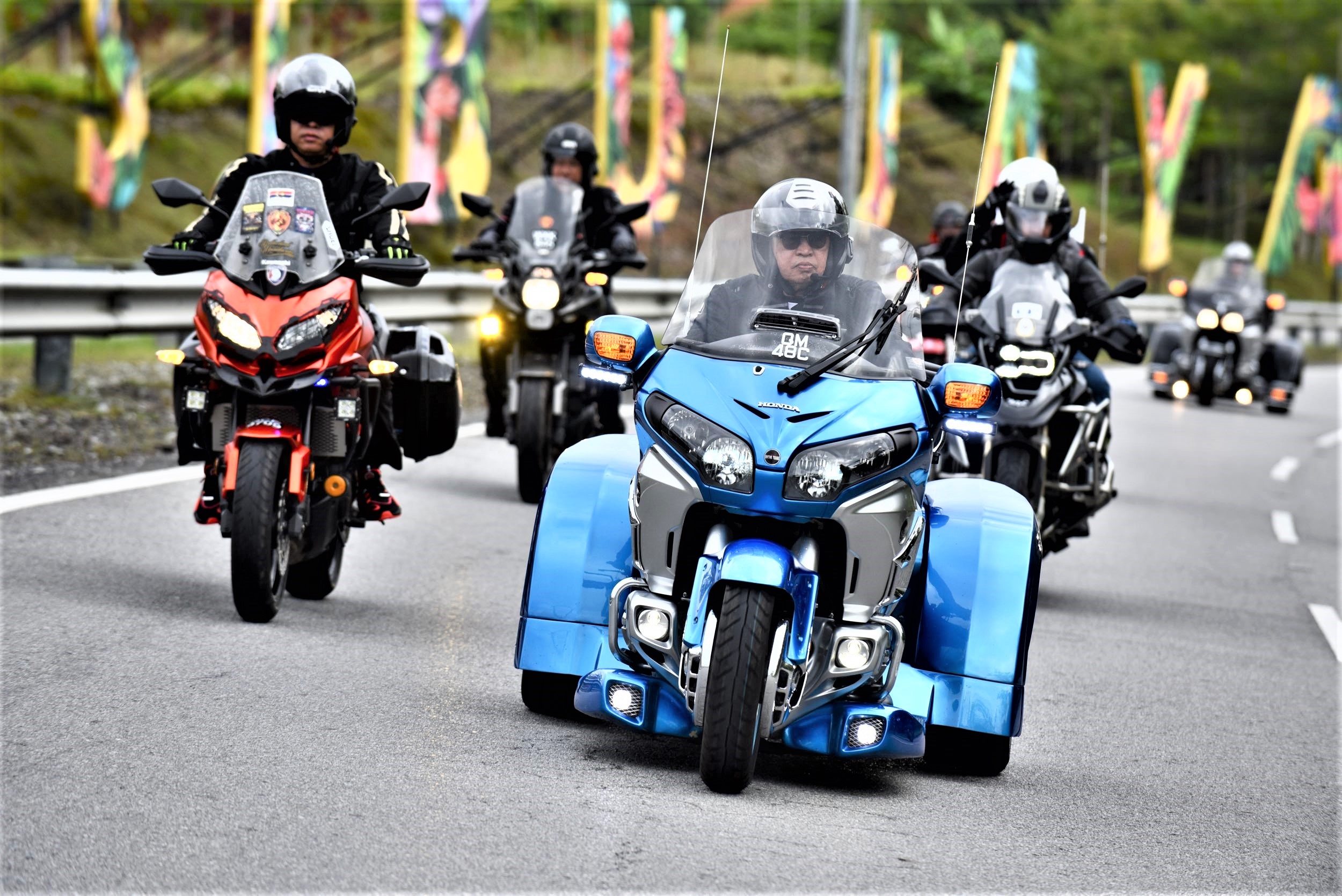 Putting Sarawak a cut above the rest

THERE is no beating around the bush with regard to this sentiment — “Sarawak is underdeveloped”, “Sarawak is left miles behind West Malaysia” and “Sarawak is a rich state with poor people”.

All of these would be reiterated time and time again by some quarters, and of course, due to sheer ignorance or simply lack of information, the sentiment will catch on.

To a certain extent, this is true — but more importantly is to act on it. Unperturbed by all the hoo-ha is Chief Minister Datuk Patinggi Abang Johari Tun Openg, whose team in the Sarawak Cabinet for the fourth straight year, aims to make lives better for the people.

Among the first acts as Chief Minister in 2017 was to acquire the 2,400 megawatts (MW) Bakun Hydroelectric Dam from the federal government for a sum of RM2.5 billion.

With the acquisition, Sarawak is now in control of its own power source, paving the way for a statewide electrification in rural and urban areas.

While some initially raised doubts over picking urban-based Satok assemblyman Abang Johari to take over from the late Pehin Sri Adenan Satem, arguing that the former wouldn’t understand the aspirations of rural folk, this however was swiftly put to rest with the establishment of Upper Rajang Development Agency (Urda).

Abang Johari, with about three months in office, aimed to deliver the sorely needed infrastructure development in rural areas — and what better place to get the ball rolling right at the heart of Sarawak in Kapit.

Urda was formed under Regional Corridor Development Authority (Recoda) and has spurred development in the 38,000 square kilometres in Upper Rajang.

In the same formula of Urda, Abang Johari established other development agencies throughout Sarawak which use a bottom-up approach instead of the conventional top-down approach — meaning what the people want is what the people will get.

To bankroll all these, the state government back in 2017 had set up the state-owned Development Bank of Sarawak (Dbos).

“We have to run to be able to catch up with the more developed parts of the country and the developed world.

“We have to decide our own destiny and not depend too much on others, and we cannot complain all the time and do nothing for ourselves.

“We cannot wait for budget allocations, state or federal, to be sufficient because it will never be sufficient,” he said when launching Dbos in 2017.

While Sarawak’s annual budget was nothing to scream about in the past years prior to 2017, Abang Johari made it a point for the state to get additional income on its resources.

A major part of the increase in income was the imposition of State Sales Tax (SST) on the commodities available in Sarawak — enabling an annual revenue of nearly RM10 billion.

The SST on petroleum products yielded about RM3 bln annually for Sarawak which, coupled together with other taxes and royalties, doubled the state’s annual income starting from 2019.

On the subject of oil and gas, Abang Johari was keen to leverage on the state’s natural resources and getting a slice of the pie for Sarawakians. For this purpose, Petroleum Sarawak Berhad (Petros) was established in 2018.

It attained the rights to distribution of gas throughout the state from Petronas in a move to increase Sarawak’s participation in the local oil and gas industry.

Petros exercised the rights of the gas distribution and unveiled the Petros liquefied petroleum gas (LPG) cylinder for kitchens in the state.

On power generation, Sarawak moved towards environment sustainability and this was achieved by targeting clean energy consumption through the use of green hydrogen.

Abang Johari also indicated that the state can be one of the hydrogen-producing regions by tapping into the potential of its resources. The state government followed up on this pledge with the construction of a large-scale production facility in Bintulu last year.

He said Sarawak would be ready to produce hydrogen fuel for export by 2023 with the facility, located at the Petrochemical Park, capable of producing 1,000 tonnes of hydrogen a year in the first few years of production.

He also promoted the use of hydrogen vehicles in Sarawak, with him on occasions forgoing his government-issued car for a Korean hydrogen-fuelled car when going to official functions.

He said in 2019 that the state government aimed to build five hydrogen refuelling stations in the future and last year Sarawak was tipped to have the country’s first integrated fuelling station comprising conventional fuel, hydrogen and electric charging.

This complemented an earlier hydrogen refuelling station which was part of Southeast Asia’s first Integrated Hydrogen Production Plant in Kuching.

Moving on with the times

Being a leader in modern times, it occurred to him that while Sarawak is targeting itself to be a developed state, it must also be advanced technologically.

The digital economic revolution, when first mooted by Abang Johari had lukewarm reception — as it was a foreign concept to Sarawak where it was still left behind by at least one industrial revolution (IR) cycle.

Three years after its introduction, the digital economy policy along with better technological infrastructure allowed Sarawak to cope with the biggest health crisis in recent memory.

The state’s information technology prowess was on full display when it came up with digital solutions in terms of contact tracing and patient management during the Covid-19 pandemic.

This was coupled with the three-year head start in building IT infrastructure which enabled a less problematic integration to digital services such as video conferencing and e-hailing applications.

While there are still some lengths to go for the state to be a digital economy powerhouse, the foundation is already there. More and more rural villages are equipped with telecommunications infrastructure which allows rural dwellers to stay connected.

In the future, this will be improved upon by the setting up of a state-owned telecommunications provider to connect the remote areas of Sarawak — a problem that stemmed from the reluctance of established internet providers to enter rural areas.

With the internet connectivity, it would also be a boon for socioeconomic development where all are enjoying the privileges of being able to conduct their businesses online be it through e-commerce of digital banking.

The introduction of Sarawak Pay in 2017 has also allowed contactless payment, which is convenient in a world where social distancing is the norm rather than the exception — to date, the mobile payment service has recorded more than RM13mil in transactions.

To increase its visibility, the state government has launched its first TV station, TVS, which is available through Astro to stimulate local tourism as well as spur the creative industry.

This was also complemented further by promoting Sarawak’s product abroad, through its trade offices situated in Singapore, Brunei and Kalimantan, Indonesia.

Among Sarawak’s main exports were its tilapia, silver Patin and its midin (wild ferns) which sold like hot cakes in Singapore.

‘From cradle to grave’ welfare services

Besides infrastructure development and digitalisation, an area of emphasis by the state government is the welfare services.

Through the Welfare, Community, Wellbeing, Women, Family and Childhood Development Ministry, Sarawakians are reaping the benefits of an all-encompassing welfare package.

Dubbed “from cradle to grave”, the state government is giving out assistance to newborns, their mothers and the elderly.

For newborns, the Endowment Fund Sarawak (EFS) programme was introduced as means to inculcate the practice of saving up money to ensure a better future for the children. A total of RM1,000 is deposited into an account where it can only be withdrawn upon the child reaching 18 years of age.

By this, parents can add to the total, monthly or annually so that the money can be used to fund the tuition costs if their children choose to pursue higher education or starting a business.

For mothers, Abang Johari also announced a maternity aid to all Sarawakian mothers regardless of status — where they will receive a total of RM450 to be paid over three months during their maternity leave.

Another benefit of the KGC is the Death Compassionate Assistance, which would provide RM3,000 to cover funeral expenses of the cardholder.

To recover from the economic slump brought upon by the Covid-19 pandemic, the state government introduced the Sarawakku Sayang Special Assistance (BKSS) package in March last year.

To date, it has benefitted over three million recipients in various groups, including frontliners, the B40 group as well as transport, tourism and business sectors.

Making education accessible for all

Abang Johari was of the view that while Sarawak adheres to the national education system, it should be no reason to deprive the people from getting the best education money can buy.

Besides that, the state government was also adamant to ensure the most conducive environment for its students. This was by undertaking a massive project to repair dilapidated schools in Sarawak.

Despite the lack of cooperation from the previous Pakatan Harapan (PH) federal government, the state government had its way when it set about improving the conditions of the schools.

A total of RM1 billion was paid to Putrajaya to repair about 1,020 schools in Sarawak through a contra deal despite the fact that funding for school repairs is the federal government’s responsibility to begin with.

On Chinese education, the state government pledged to look after the development of Chinese schools, assuring them of continuous annual funding.

A special unit was formed for aided Chinese primary schools in the state to ensure that these schools receive financial assistance every year under the Local Government and Housing Ministry.

He also repeatedly assured that the state government would continue to recognise Unified Examination Certificate (UEC) — which he described as being recognised by international universities around the globe.

Putting a bow on it

In essence, Sarawak has fared well under the stewardship of the Satok assemblyman — be it in terms of economy, social and welfare.

Expediting sorely needed infrastructure development is a major part of his policy along with ensuring that the state exercises prudent financial management in the meantime.

His policies enabled Sarawak to transform itself from being just a big state to a big state with potential and a nation leader in various disciplines.

Last year, he registered a total of 81 initiatives spanning his three-year tenure. This year, he delivered more to Sarawakians with his initiatives being increased to at least 100 initiatives for all folk — young and old, rich and poor, urban and rural.

Twelve of the initiatives were presented during a State Legislative Assembly (DUN) sitting in November to chart Sarawak’s economic future for 2030.

In terms of returning the state’s eroded rights, Abang Johari also made strides through a recognition of Sarawak’s rights in oil and gas through CSA which also asserted the state’s rights to SST.

More rights are expected to be returned through a Special Council on Malaysia Agreement 1963 (MA63) which comprised the federal government, Sabah and Sarawak.

While the naysayers and dissenters would say that the Parti Pesaka Bumiputera Bersatu (PBB) president would never fill the large shoes of his predecessor, Abang Johari continues to defy his critics and prove them wrong.

Abg Johari makes great strides in four years
Previous Post
Sarawak for all, all for Sarawak