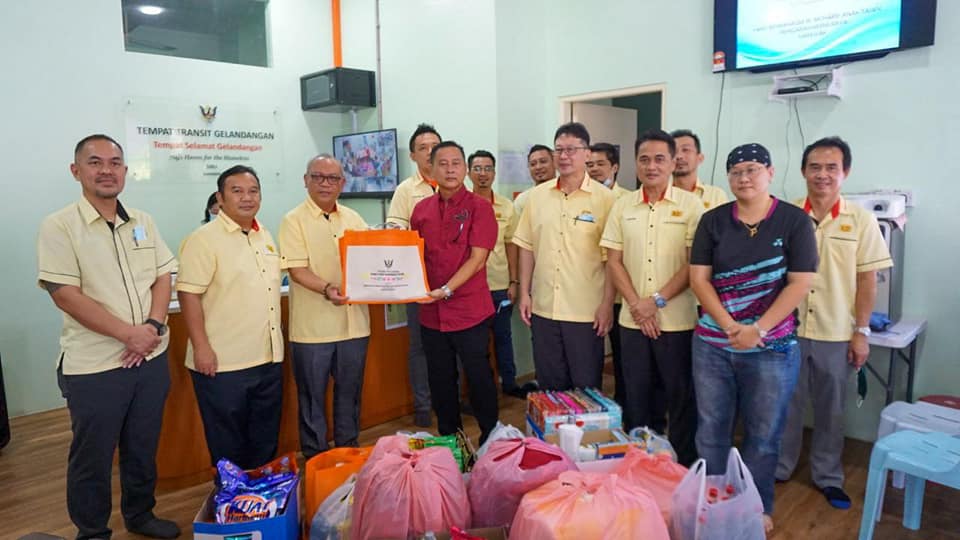 SIBU: Staff of the Public Works Department (PWD) are taking time out to help those in need.

On Monday (Aug 1) the department made a donation towards a temporary shelter for the homeless – Tempat Transit Gelandangan (TTG) – here.

The department stated that there was a briefing on the background and functions of the TTG delivered by TTG supervisor Winnie Wong.
The TTG which was completed on October 31 last year provides temporary protection for the homeless around Sibu as well as those from Kanowit, Betong and Miri.

It is currently run by a supervisor and seven officers with the help of 20 volunteers.

“A total of 38 homeless people checked in at the TTG – six have returned to their families, eight have found work and have accommodation provided by their employers while 23 people left voluntarily. There are currently 14 people who are still staying at the TTG,” it said in a social media post on Tuesday (August 2).

Richard proposed that CSR programmes like this be continued at PWD divisional and headquarters level.

He said he is committed to continue such programmes to foster giving back to the local community among staff.

“I would also like to suggest government agencies such as the resident’s office to channel contributions to ease the burden of those in need,” he said.

He added that he is proud of the efforts by PWD Sibu Division and Central Region Office for making the TTG a recipient of the CSR programme.

What About Kuching 2022
Previous Post
Melaka City of Heritage