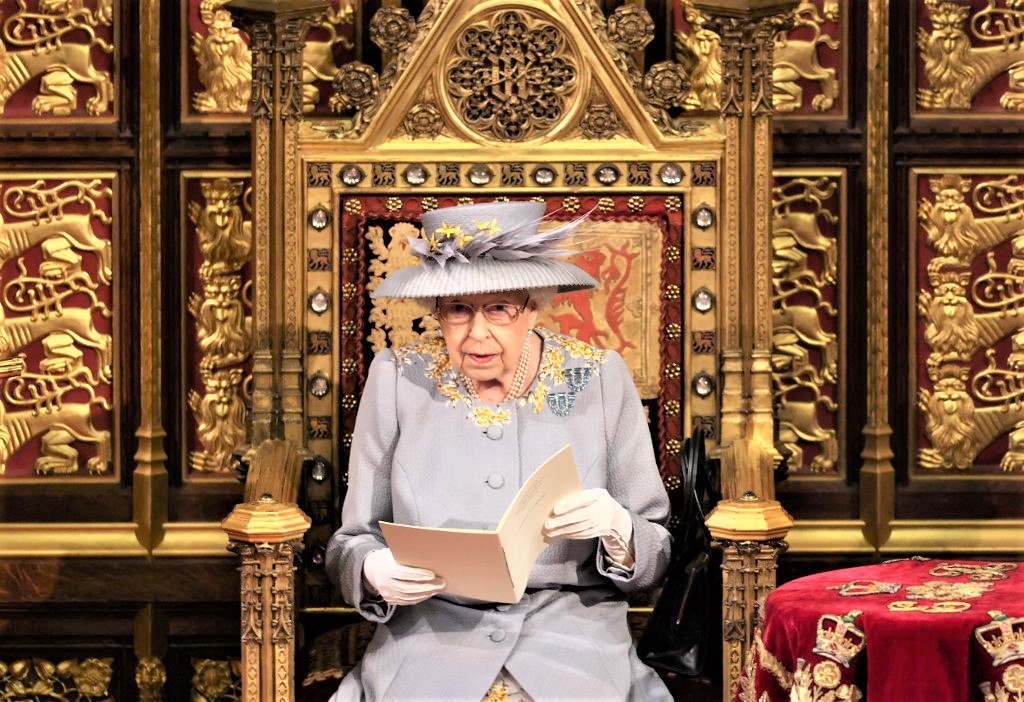 The 96-year-old monarch, who usually presides over the pomp-filled event and reads out her government’s legislative programme from a gilded throne in the House of Lords, will skip the annual showpiece on her doctors’ advice.

Buckingham Palace said late Monday she had made the decision “reluctantly” as she continues to experience “episodic mobility problems”.

It is the latest in a string of cancelled public appearances caused by health problems and old age. Her son and heir to the throne Prince Charles will fulfil the head of state role instead.

The Queen has rarely been seen in public since spending an unscheduled night in hospital last October, and has complained of difficulties standing and working. She also contracted Covid-19 in February.

She has missed only two state openings during her record-breaking 70-year reign, in 1959 and 1963, when she was pregnant with Prince Andrew and then Prince Edward.

News of her absence immediately overshadowed the unveiling of the new parliamentary session.

Reeling from a series of scandals and dire results for his ruling Conservatives in local elections last week, the beleaguered Tory leader is promising 38 Bills to get his agenda “back on track”.

They will focus on boosting economic growth and paving the way for more “high-wage, high-skill jobs”, as well as tackling the spiralling cost of living, Johnson’s Downing Street office said.

The upcoming parliamentary session — the current government’s third — is one of Johnson’s last opportunities to deliver on his key policy promises before the next general election due by May 2024.

Johnson won an 80-seat majority in December 2019, vowing to reap rewards from Brexit and tackle decades of growing regional inequality.

Despite securing Britain’s withdrawal from the EU with a comprehensive trade deal, the coronavirus pandemic upended delivery of his domestic agenda.

His government was soon consumed by the pandemic and then side-tracked in recent months by various controversies, including the so-called “Partygate” scandal.

That saw Johnson become the first UK prime minister found to have broken the law while in office, after police ruled, he and staff had breached Covid-19 lockdown rules.

He is now hoping his legislative programme can help draw a line under his recent woes, not least the loss of nearly 500 councillors across England, Wales and Scotland last week.

But he faces a daunting challenge as the growing cost-of-living crisis begins to bite, with bleak economic forecasts.

“This Queen’s Speech will get our country back on track, and I will strive… night and day to deliver it,” Johnson will tell MPs.

“We are going to ensure that over the two years we have left in this parliament, we spend every second uniting and levelling up this country.”

He will cut regulations for small businesses and remove environmental restrictions that can delay or prevent infrastructure projects, reports said.

The Queen’s Speech will also detail reforms to rejuvenate shopping streets in towns nationwide and “restore pride in local areas”, as part of the government’s flagship levelling up agenda.

There will also be legislation targeting education, housing, mental health and railways regulation.

A new Bill of rights law, which could make it easier for the courts to deport foreigners convicted of criminal offences, could be among the programme’s more divisive elements.

Speculation had risen the government would unveil legislation allowing ministers to override some post-Brexit trade rules in Northern Ireland.

But the mooted move, sure to inflame tensions with Brussels, has reportedly been scrapped for now. – AFP