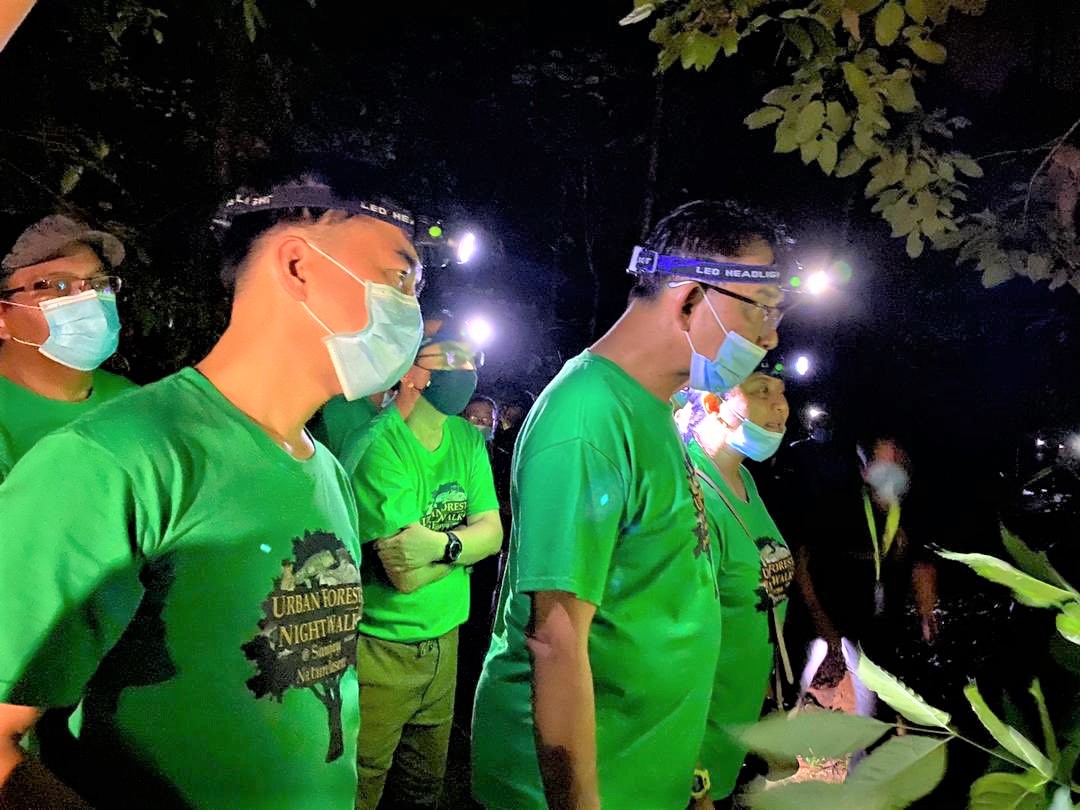 KUCHING: Seeing a tree that bleeds when cut will be one of the unique experiences at the Urban Forest Night Walk, the latest eco-tourism product that has been launched here, as Sarawak continues to adopt promotional approaches to lure back tourists to the state.

The bleeding tree, according to Sarawak Tourism, Arts and Culture Minister Datuk Abdul Karim Rahman Hamzah is actually blood-red coloured sap which flows out from a local tree species known as Pokok Kumpang that grow at the Sama Jaya Nature Reserve at Jalan Setia Raja.

“The blood-like sap can be seen oozing out from broken branches of the tree and this is just one of the interesting things that visitors can see in the forest reserve in the night walk,” he told reporters who joined him in a walk in the forest to mark the launching of the product last night.

The Urban Forest Night Walk is a guided two-hour walking tour conducted by Sarawak Forestry Corporation (SFC) which he believed could become a wonderful ecotourism product that would allow visitors to watch nocturnal species such as the flying lemur and frog and bird species that appear after nightfall.

“SFC (which managed the forest reserve) has completed the renovation and upgrading of facilities at Sama Jaya Nature Reserve to feature an activity centre, bamboo museum, Japanese garden and jogging tracks, making it suitable not only for jogging but also for night walks,” he said.

Abdul Karim said those interested to try the Urban Forest Night Walk can make their booking at the Sama Jaya Nature Reserve and Visitors Information Centre (VIC) at a fee of RM50 for a group of five persons.

Meanwhile, he said Sarawak received 1.03 million visitors between January and July this year, as compared to 2.6 million for the same period last year, recording a drop of about 59 per cent.

“For July this year, Sarawak received a total of 72,705 visitors compared to 347,483 visitors for July last year and this is a decrease of about 78 per cent,” he said, adding that July would normally be a peak month for visitor arrivals to the state.

He said he would be happy if Sarawak receives two million tourists this year, judging by the travel restrictions and additional procedures that had been imposed to contain the Covid-19 pandemic. – Bernama