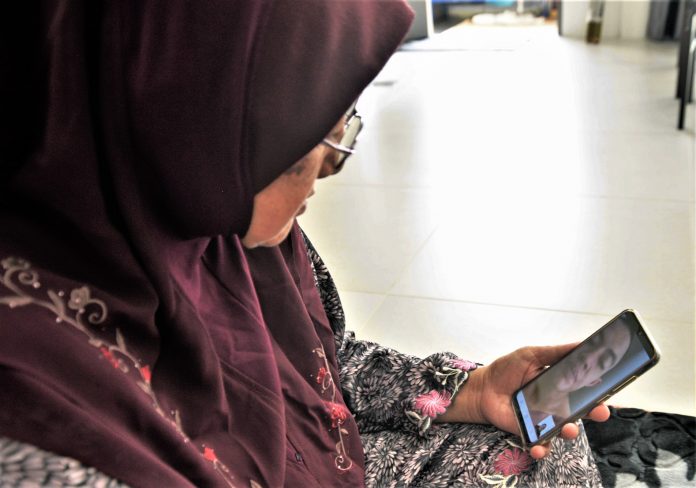 Halda Bujang 66, of Kampung Bako, Kuching talks to her grandson Muhd Hirzan Afiq, who is now serving with the Armed Forces in Penang, via video call on the first day of Hari Raya today.

Hirzan, who was raised by his grandmother since he was a baby, was supposed to return to Kuching for Hari Raya. But due to the conditional movement control order (CMCO), he decided to cancel his plans.

However, through technology, the two were able to stay connected despite being far apart.