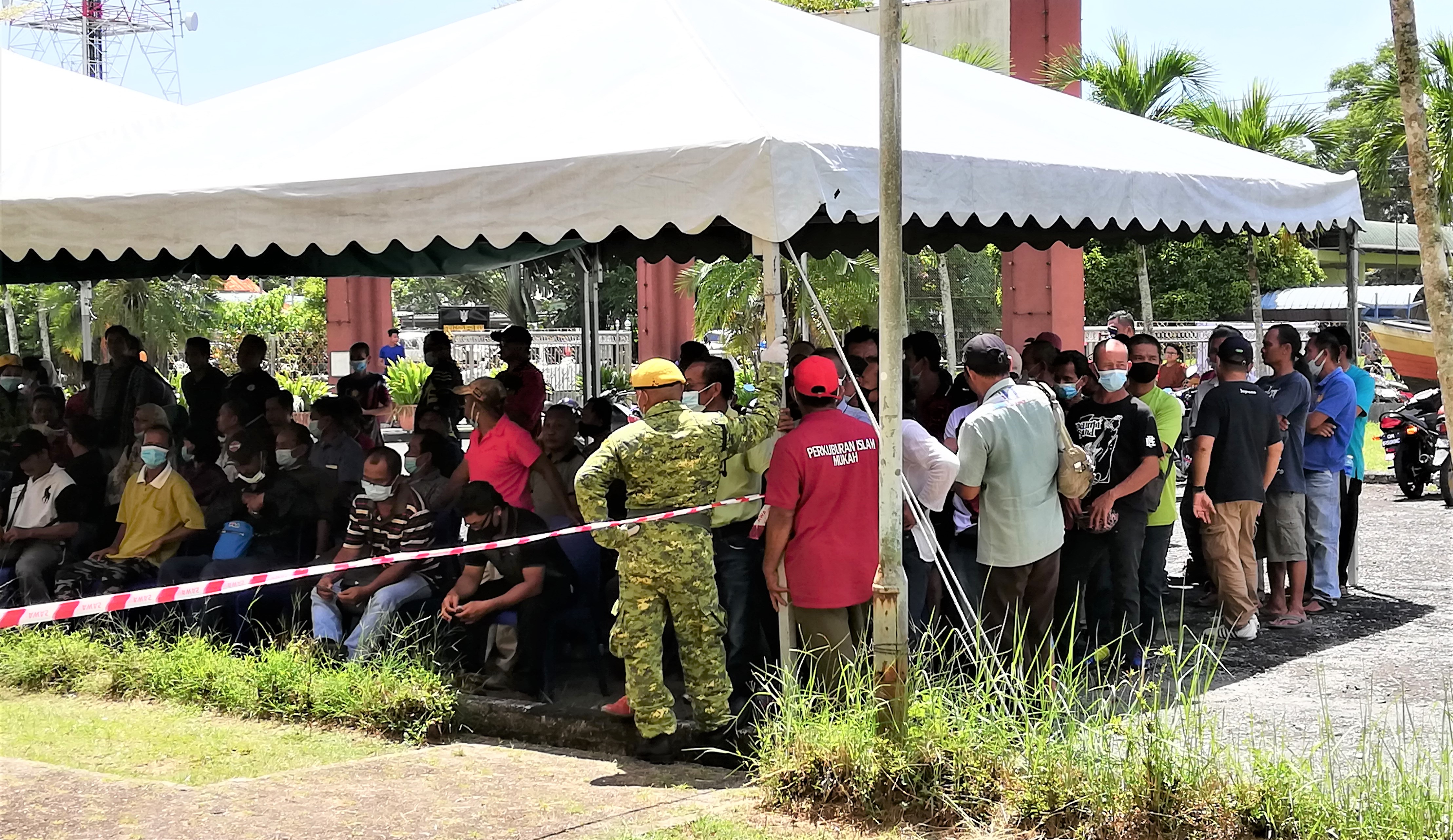 MUKAH: Bank Simpanan Nasional (BSN) recorded an increase in savings deposits when it registered some new customers during the Bantuan Sara Hidup (BSH) payment to recipients here during a two-day session.

The exact number of new customers who opened their BSN accounts could not be ascertained, but was believed to be in the hundreds as the total BSH recipients who came to collect their money was over 700.

The opening of a BSN account for new customers was a surprise for some recipients because they were not informed of the matter earlier, while they themselves also did not have any plan to do so.

Jenely Rutan, 51, was among those who were taken by surprise by the authorities who handled the payment of BSH to the recipients.

He said he did not expect to open a savings account with BSN until he was attended to at the payment counter, and was advised to do so.

“RM50 was deducted from my BSH money to be used to open my BSN savings account,” he told New Sarawak Tribune today.

He added that they were advised that the bank account would facilitate payment for any monetary aid in the future.

Another BSH recipient, Kim Pengail, 46, said they were told that the advantage of opening the account at that was that the minimum amount to do so was RM50, while the limit set at the bank’s counter (in town) was RM100.

The authorities perhaps have certain reasons to advise BSH recipients to open savings accounts with BSN.

The paying process, however, was reported to be very slow on the first day as the scheduled second session from 11.30am to 1.30pm finished at 7.30pm.

Jenely and Kim’s brother, Anthony, was among those who received their BSH money very late, between 6 and 7pm. The session on the second day was said to have improved.