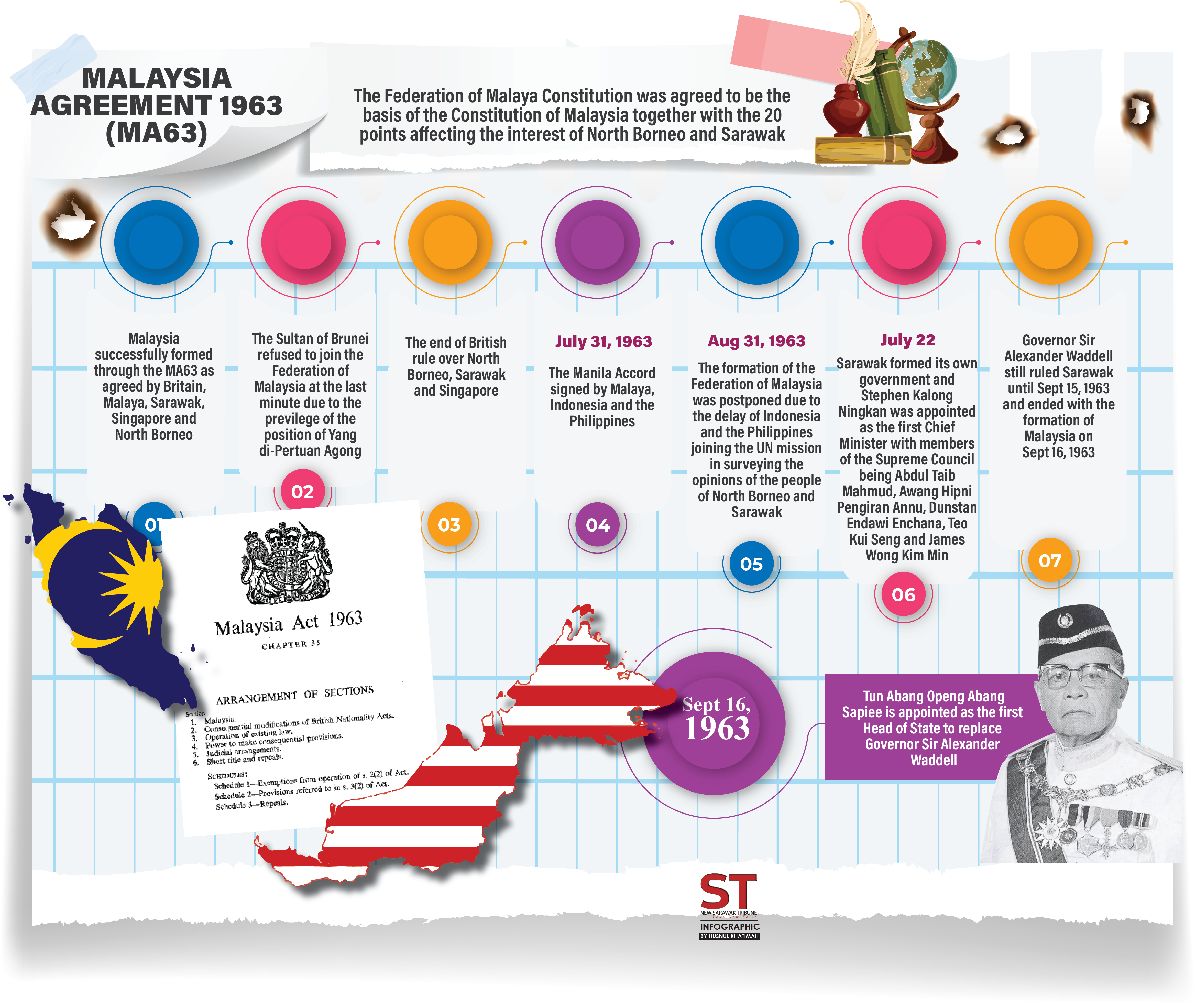 Efforts started by his predecessor, the late Pehin Sri Adenan Satem, would be continued with care and without encroaching upon the sovereignty of the Malaysia federation, he said.

“For me, the last four years since Sarawak Day was gazetted by the state government have provided a new inspiration to restore Sarawak’s position as one of the three partners in the federation — alongside Sabah and Malaya,” he said.

He was speaking to New Sarawak Tribune in an exclusive at his Wisma Bapa Malaysia office here recently.

Abang Johari said the significance of Sarawak Day continued to circle in the minds of Sarawakians as the date marked the handing of executive power from the British to Sarawakians themselves, marking the start of a period of self-rule.

“The impact we have seen in the last four years since we gazetted the day under Adenan in 2016 is that he stressed on the importance of Sarawak’s rights under the Malaysia Agreement 1963 (MA63).

“This is along with the Cobbold Commission and the provisions under the Federal Constitution,” he said.

He added that in the past four years, the state government had been working to structurally restore Sarawak’s rights, which were eroded either intentionally or unintentionally while governing the state.

Asked whether he was satisfied with the outcome in terms of rights restored back to Sarawak, Abang Johari said there were more matters that needed to be settled.

“Among them, the special allocation given by the federal government under Article 112, and restoring the one-third representation of Sarawak and Sabah in Parliament.

“To say that I am satisfied, I would say not yet as there are many things yet to be settled,” he stressed.

Evolution of Sarawak flag and Coat of Arms

A stronger Sarawak will benefit Malaysia