Over the years, improper oil disposal, especially cooking oil, has been a major contributor to water pollution. However, recent researches have found that used cooking oil can be used to produce biodiesel, a more eco-friendly source of energy compared to other fuels. Recycling oil and grease properly also ensures these wastes are staying out of the environment, reducing the risk of harming natural resources like soil and water systems.

A lucrative industry — oil palm made its way into Malaysia during the British colonisation era in the year 1870. Initially an ornamental plant, it was adopted as an agricultural crop in Selangor in 1917.

Palm oil is very productive and offers a far greater yield at a lower cost of production than other vegetable oils. Global production of and demand for palm oil is rapidly increasing and up until today, palm oil has become a staple in food preparation, not only at home, restaurants and eateries, but even commercialised items.

However, innovation soon became a problem. According to the Water Encyclopedia website, approximately 706 million gallons of oil waste, a majority of it being palm oil, enter the ocean every year, with more than half coming from land drainage and improper waste disposal.

Sharing the issue, Sarawak Eco-Warriors president Celine Tiang explained how cooking oil can be harmful to the environment if it is not disposed of properly.

“Used cooking oil in households is often disposed of in rubbish bins or drains which clogs our pipes and complicate our wastewater treatment systems. The used oil disposed of without treatment will pollute our water bodies and ruin soil quality. It also harms aquatic and plants life.”

With the importance of cooking oil in preparing our food daily, the environmental activist opined that there are no alternatives except to use less oil or to invest in an air fryer — both of which she said, were healthier options.

“Another alternative would be to be selective of the cooking oil as different oil have different environmental impacts. Generally speaking, organic oils are more sustainable than commercially produced oils that are mixed with chemical additives,” said the Chemical Engineering major.

Celine added that organic oil plantations use fewer pesticides and chemical fertilisers which are both harmful to the environment. “However, organic varieties are often more expensive than regular cooking oils,” she said.

Asked about proper ways to dispose of used cooking oil, the 23-year-old advised against pouring away used oil into sinks or drains. “People can prevent oil pollution by simply collecting the used oil in a container or bottle and send them to local recycling services. This can greatly reduce the amount of oil going into wastewater treatment systems and disposal sites.”

Alexandra Chai, manager of Kim Huang Enterprise, echoed the same sentiment. Working alongside her husband and also the founder of the company, Bernard Lee, they both collect used cooking oil throughout Kuching to prevent the improper disposal of oil into drainage and sewer systems.

Having collected used cooking oil for more than 11 years, the duo and their agents would make routine rounds around eateries and restaurants in Kuching to collect drums of used oil. In Sibu and Miri, their colleagues Jee and Petrus also perform the same routine for their respective cities.

Chai said that the company collects used cooking oil and export it to their mother company in Kuala Lumpur for treatment to repurpose it as biodiesel. “We only collect used palm oil and we are quite strict with our process. To export, we have to abide with the criteria and regulations, hence, we would inspect all the oil collected before proceeding.”

The most important thing to note when collecting the oil is that it must have no contact with water, Chai said. She added that collecting oil in Kuching has been easy as many would offer good quality used cooking oil.

Doing rounds collectioing from popular food joints to small eateries, Chai explained that oil disposed of wrongly would cause blockage in the drainage system. Speaking through experience, Chai said that it will cost a huge amount of money to clean the drain afterwards.

“I have clients telling me how they had to spend thousands just to fix and clean their drainage system as their employees did not know how to handle used cooking oil properly,” she shared.

Chai also had clients telling her they pour used oil in their kitchen sink. “This is another important thing that you should avoid doing. From the drain, it will enter the river system, move to the sea and cause water pollution.”

Furthermore, Chai said that used cooking oil can actually be sold and that Kim Huang Enterprise will gladly buy them at a good price. Besides, reusing the same cooking oil multiple times, according to her, is harmful. “We always advise the public not to reuse frying oil as we are willing to buy it at a reasonable price. At the same time, we help eateries to save costs and help the public through health.”

Used cooking oil for the production of biodiesel

Modern science has brought discovery of many kinds. And with our depleting primary sources of energy, we are in a race to find alternative energy sources. According to ‘Renewable Energy’ research by Professor Dr Mohammad Omar Abdullah from the Unimas Faculty of Engineering, Department of Chemical Engineering and Energy Sustainability, biodiesel can be an alternative for a renewable energy source.

The paper, which was published together with three other researchers, explained that biodiesel was derived from materials such as vegetable oils, animal fats, algae, and used cooking oil. The latter was said to be able to minimise the production cost of biodiesel, and contribute to waste-to-wealth potential.

Producing biodiesel through chemical reaction by transesterification process also comes with added advantages towards the environment. According to another paper done by Omar and two others entitled ‘Renewable and Sustainable Energy Reviews’, biodiesel is a good low-carbon alternative fuel that possesses additional advantages such as better lubricant, biodegradability, combustion efficiency and low toxicity compared to the other fuels. Thus, biodiesel has many environmentally beneficial properties.

The paper also explained that despite a better fuel efficiency of diesel in heavy vehicles, several emissions and waste products are released when diesel fuels burn. “These unwanted emissions do not easily disappear and they can harm the environment, for instance, by contributing to global warming, global dimming and acid rain.”

Overall, used cooking oil when disposed of wrongly can pollute and damage water and drainage systems. With proper handling, used cooking oil can be repurposed into biodiesel, which is generally more friendly towards the environment.

Sharing on the topic of environment, World Health Organisation director, Department of Public Health, Environmental and Social Determinants of Health Dr Maria Neira said, “Many of the global health challenges that we face today, including infectious diseases, malnutrition and non-communicable diseases are all linked to the decline of biodiversity and ecosystems.”

With that, she urged the public to play their respective roles in protecting natural resources and consuming with care. “After all, there is only one Earth, but more than 7 billion lives depend on its precious resources.”

A journey of songs with Alena Murang 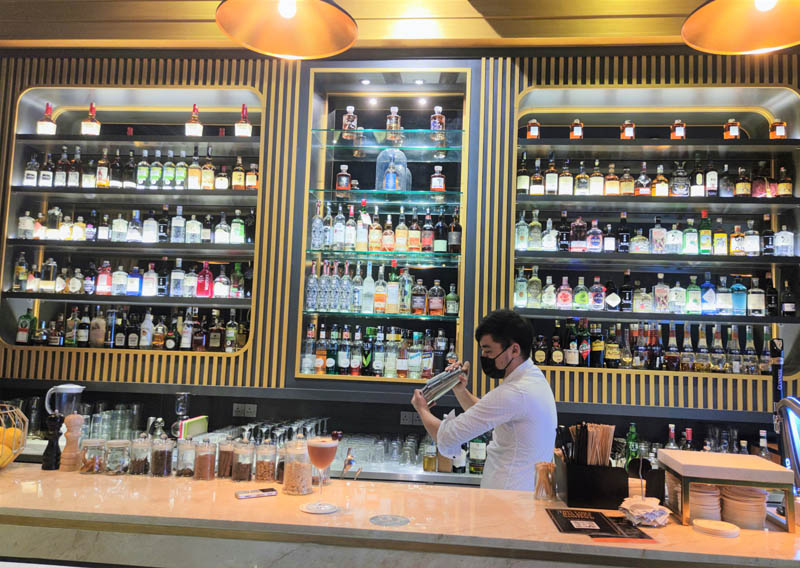