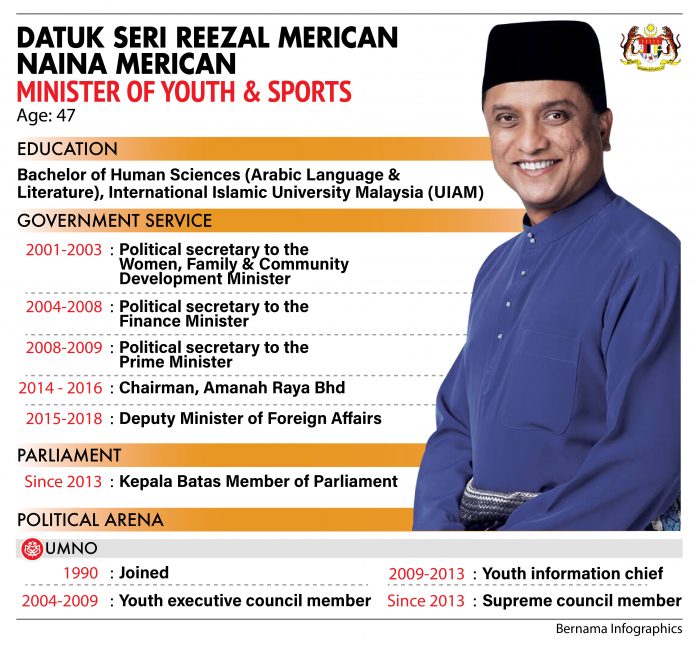 Minister can raise the standard of sports

In welcoming the Kepala Batas MP’s appointment, NSC director-general Datuk Ahmad Shapawi Ismail also expressed the hope that the approach adopted by sports bodies in the country could be streamlined to be in line with the Youth and Sports Ministry’s agenda.

“We can’t act alone as we have many stakeholders assisting in the development of an athlete. So, I hope the approach we are currently using can be further enhanced,” he told Bernama on Monday.

“We are confident that with his vast experience as former Deputy Foreign Minister, Datuk Seri Reezal Merican can help further raise the standard of sports.

“We will hold a meeting with him soon and brief him on the postponement of several local and overseas sports events following the Covid-19 outbreak, as well as on the role of OCM,” explained Mohamad Norza. – Bernama