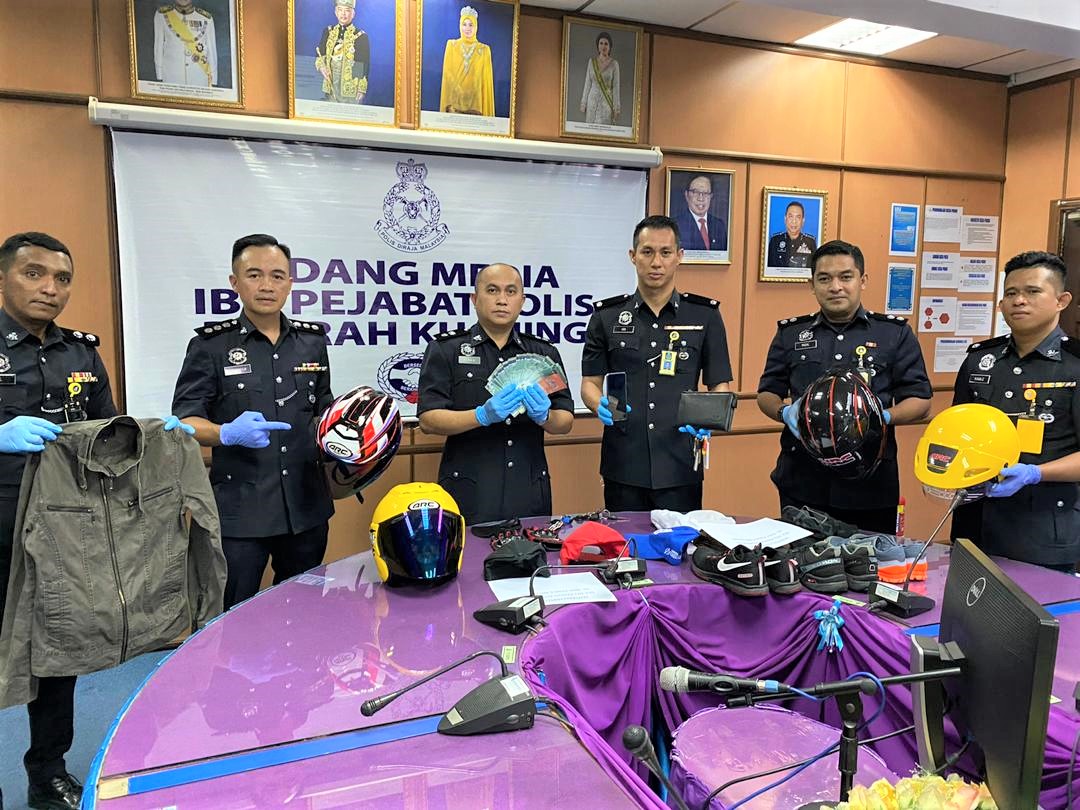 KUCHING: Police arrested a 36-year-old man suspected to be involved in several snatch theft cases, at a renowned hotel here on Thursday (Sept 17).

Acting district police chief Supt Merbin Lisa told that the arrest was carried out by the district’s Crime Investigation Division (CID) around 11.10pm after obtaining information and tracking down the man’s location.

The hotel was believed to be used as a hiding place for the thief as soon as he committed the crime with the intention of confusing the authorities.

He added that the police had received a complaint from a victim of a snatch theft on Wednesday (Sept 16) at Jalan Carpenter.

“Jewelry in the form of the victim’s necklace, was snatched and resulted in an estimated loss of RM10,000.

“Based on investigations, it was found that the thief had committed such crime alone and is believed to have been active since July, this year,” he said in a statement.

Further interrogations led to the seizure of several items such as vehicles used in the crime namely a car, two motorcycles, helmets and clothing used in separate snatch cases. Police also seized some cash from him.

Merbin added that the man’s modus operandi was aiming for middle-aged civilians who wore jewelry such as necklaces as their targets.

The police believed that with the arrest, they had successfully solved four snatch theft cases that had been reported around the city since July, this year.

Further checks found that the man had several past criminal records relating to property crimes and drugs.

“The man tested positive for drugs and was just released from prison in March this year for the same offence of snatch theft,” he told.

The man is currently remanded for four days to facilitate police investigations under Section 392 of the Penal Code which provides for an imprisonment for a term of up to 14 years and will be fined or whipped, if convicted.