Relaxations for economic sectors will be announced soon 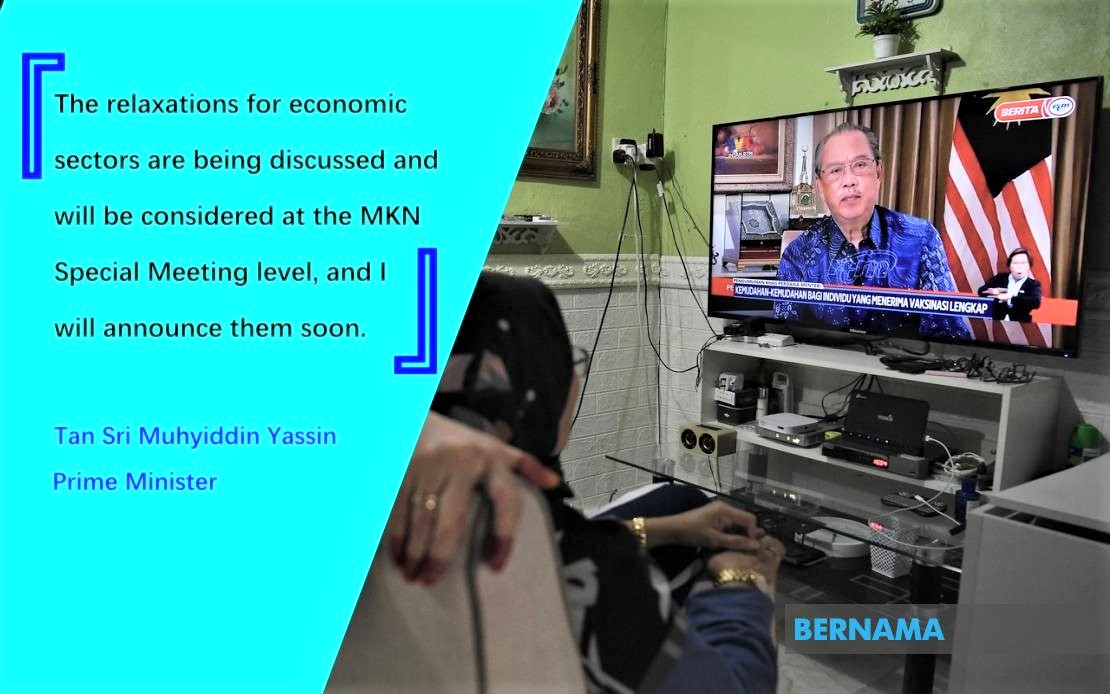 He said these relaxations are still under discussions and are being considered at the National Security Council (MKN) Special Meeting level.

“The relaxations for economic sectors are being discussed and will be considered at the MKN Special Meeting level, and I will announce them soon,” Muhyiddin said in a special announcement on the relaxations for fully vaccinated individuals which was broadcast live over local television networks today.

He said the government has agreed to give quarantine and travel relaxations for individuals who are fully vaccinated, and are applicable to all phases of the National Recovery Plan (NRP).

Meanwhile, the government has also given social sector relaxations for fully vaccinated individuals who reside in states under Phase 2 and subsequent phases.

Inter-district travel and dine-in are allowed by presenting the Covid-19 vaccination digital certificate which shows that they have received two doses of vaccine shots.

Meanwhile, non-contact sports and recreational activities not carried out in groups are also allowed. – Bernama