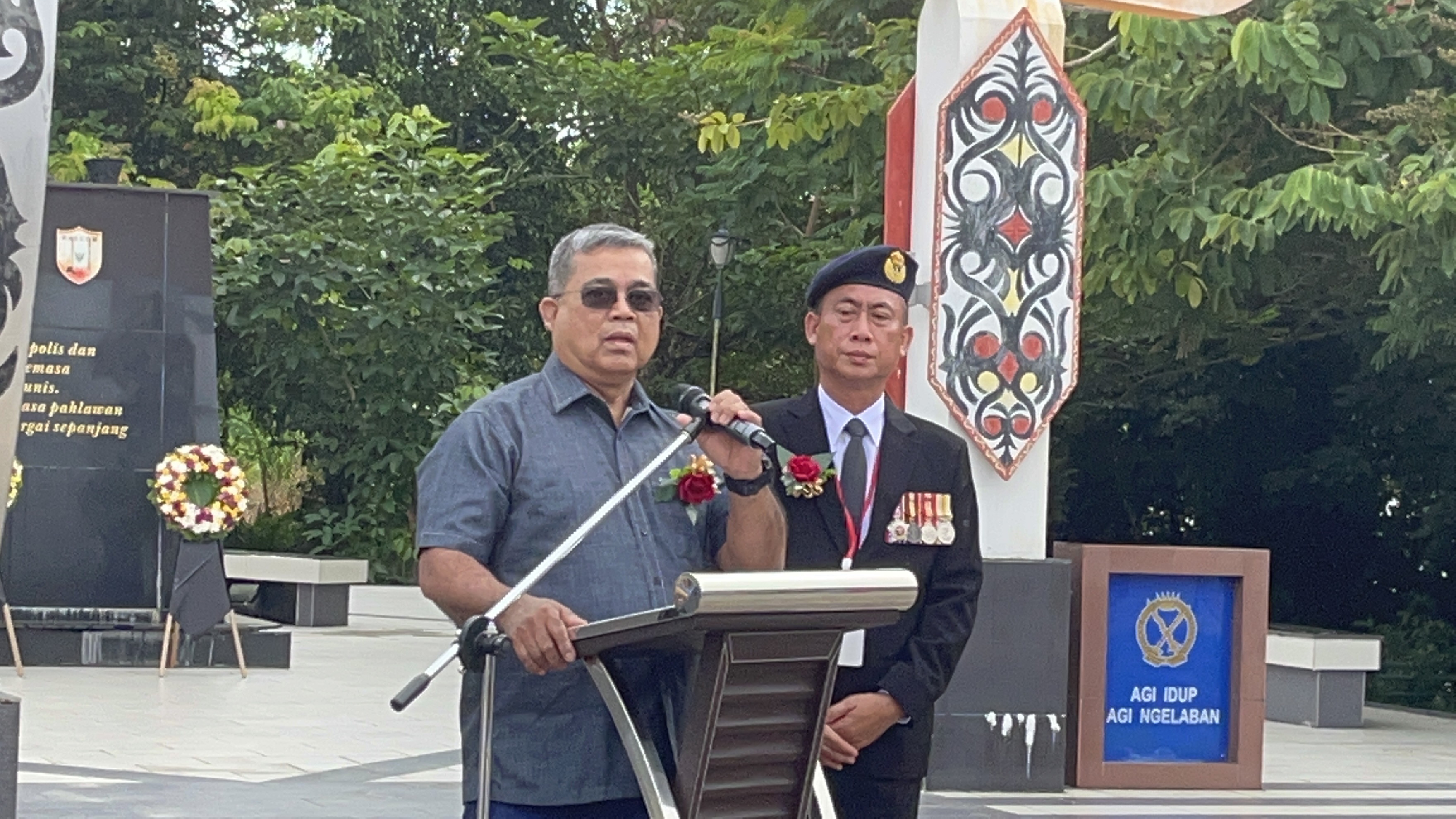 KANOWIT: The Warrior’s Day celebration here kicks off by commemorating the struggle and sacrifice of fallen border scouts who died in Pendam Bungkang, Sg. Ngemah on Aug 27, 1970.

The simple yet meaningful event started with the blowing of the trumpet playing the rhythm of ‘The Last Post’ then followed by the laying of flowers at the monument led by Kanowit MP Datuk Aaron Ago Dagang.

Speaking at the ceremony yesterday, Aaron said that they used to celebrate the occasion annually on July 31 but had to give it a miss for two years due to the COVID-19 pandemic.

“We could not do so during the two-year COVID-19 pandemic.

“Before that, I used to be here celebrating the occasion with the others to recognise the sacrifices of our fallen warriors who had fought against the communists during the 1970s insurgency,” he said.

Aaron also noted that the celebration is also a recognition to the soldiers and the police who were also the frontliners helping the health authority to curb the spread of the coronavirus.

“The warrior monument is the second one in the state after the one in Kuching has become a symbol of the Warriors’ Day celebration.

“Our military was formed in 1931 before the Second War World from 1941-45. Our forces had fought during the communist emergency.

The Kanowit warrior monument was built in October 2016 by former Machan assemblyman Datuk Gramong Juna to honour the fallen warriors who were killed by the communists.