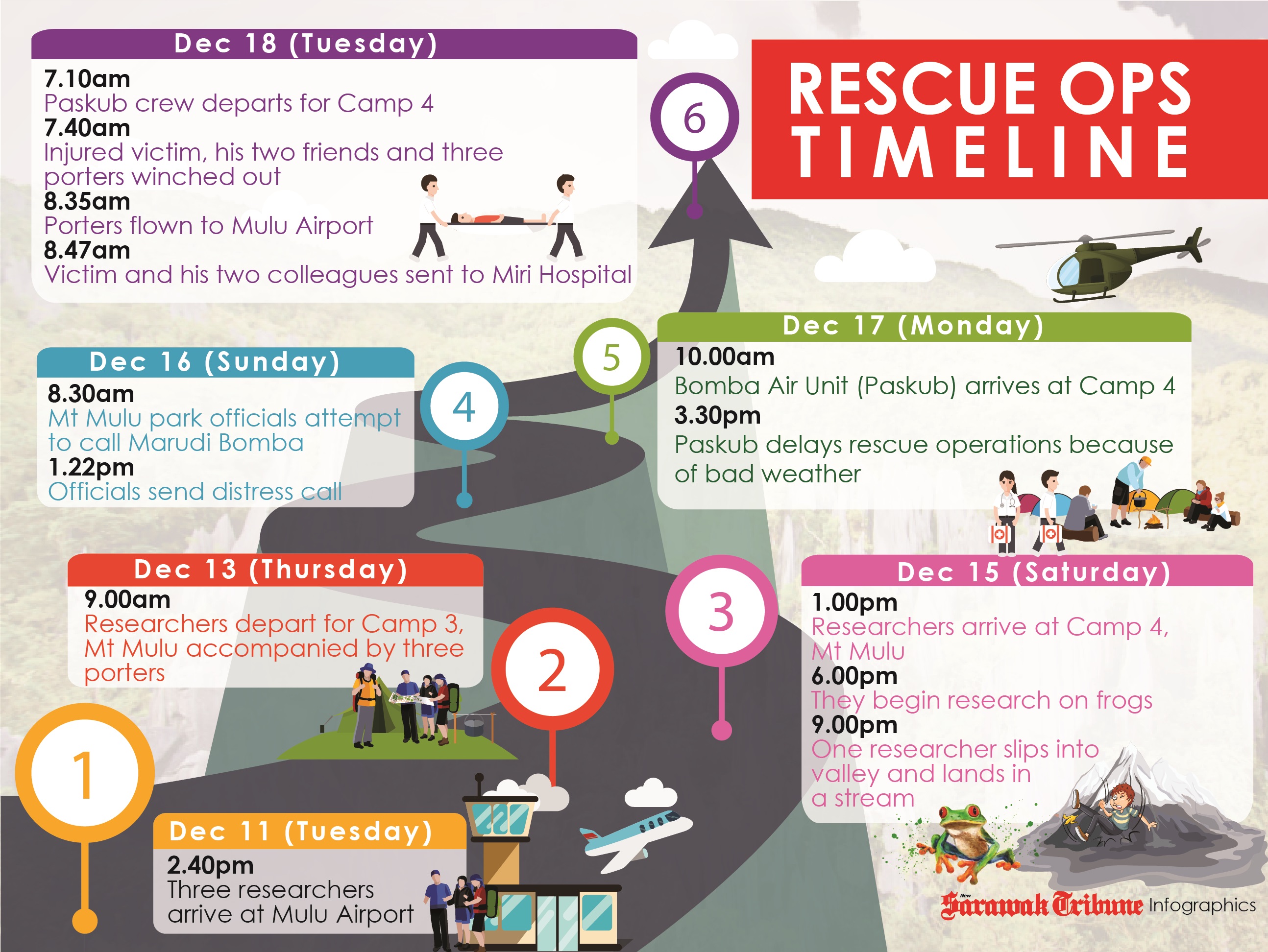 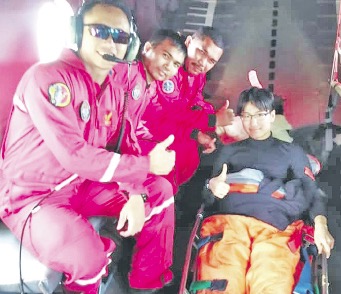 MIRI: An injured Japanese researcher was successfully airlifted by the Fire Rescue Special Air Services Unit (Paskub) after he was rescued from Camp 4 of Mt Mulu at Mulu National Park yesterday.

Bad weather had earlier foiled rescue attempts. Akihiro, an undergraduate student from Kyoto University in Japan, and his two friends from the same university, were conducting research on frogs on Saturday below Camp 4 of Mt Mulu at 6pm when the accident happened.

They were conducting the research outside the tourist trek late evening because frogs are only active at night.

At 9pm, due to the steep valley, Akihiro slipped and injured his backbone and suffered bruises on the ribs, making him unable to move.

His friends, who were accompanied by three porters, carried him back to Camp 4, about 40 minutes’ walk away from the accident site.

The bad weather forced the team to delay the rescue operations yesterday until 7.10am.

The Japanese research team was to have left Mt Mulu today and flown from Miri to Kuching to continue their research in Kuching.

“Our helicopter crew from Marudi arrived at Mulu Airport at 3.30pm on Monday for the rescue operation dubbed Medivac Mulu Camp 4 which had to be delayed due to thick clouds enveloping the mountain,” he told reporters at the Miri Hospital yesterday.

Khirudin said yesterday’s rescue operations started at 7am, adding that the Paskub team arrived at Camp 4 at 7.10am.

“At 7.40am, the team managed to pick up the survivor, his two Japanese friends and three porters using the winching technique,” he explained.

“Seven Paskub personnel, including the pilots, were involved in the rescue operation,” he added. Khirudin said the three porters were sent to Mulu airport at 8.35am while Akihiro, who injured his backbone and fractured his ribs, and his two friends were sent to Miri Hospital at 8.47am.

“I understand it is a very challenging job but the firefighters managed to carry out their duty with perseverance,” he said.