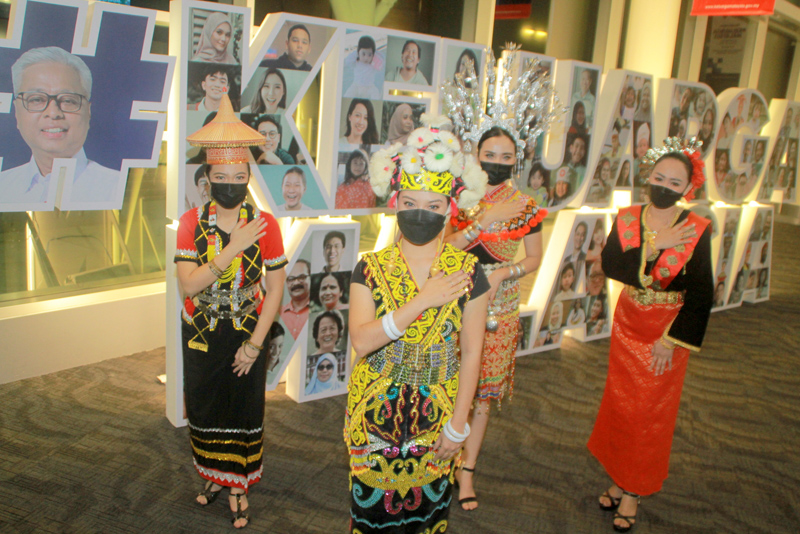 Restoring eroded rights: Efforts are in tandem with Keluarga Malaysia

KUCHING: Sarawak’s efforts to restore its eroded rights should not be viewed as solely in the interest of the state but rather as a step towards furt

KUCHING: Sarawak’s efforts to restore its eroded rights should not be viewed as solely in the interest of the state but rather as a step towards further strengthening the identity of Sarawakians as part of the larger Keluarga Malaysia (Malaysian Family).

Chief Minister Datuk Patinggi Abang Johari Tun Openg assured that Sarawakians sincerely hoped that as part of Keluarga Malaysia desired by the prime minister, efforts to ensure that the spirit, rights and privileges of Sarawak, as well as Sabah, in the context of the Malaysia Agreement 1963 (MA63) were respected and be better understood by family members in other places.

Abang Johari said there was no doubt that the federal government had implemented various development programmes in Sarawak including the Pan Borneo Highway project, but pointed out that what had been implemented might not be sufficient to ensure that Sarawak could catch up with the level of development in the Peninsula.

“Like in a family setting, each member of the family has differences in terms of behaviour and requires different treatment.

“As the head of the Sarawak government, I view that different methods should be planned to elevate the economic status of Sarawak as the economic fundamentals of the state are quite different from those in the Peninsula,” he said.

Abang Johari hoped the Keluarga Malaysia initiative would be able to see the differences and plan development policies which were appropriate to the situation in Sarawak and Sabah so that these regions could develop faster following in the footsteps of the Peninsula.

“In our large family, I believe that the ability to listen to the grievances of our family members is also important to ensure that our family atmosphere continues to remain friendly.

He thanked the prime minister and hoped that the amendments would be successfully tabled in Parliament and receive the support of all MPs.

He also expressed his gratitude to the prime minister for selecting Sarawak as the location to launch the national-level Keluarga Malaysia, the starting point to expand the spirit of Keluarga Malaysia to all corners of the country so that it could be observed by all Malaysians.

On the Keluarga Malaysia concept, he said he considered this as a sincere wish by the prime minister to see all Malaysians continue to be united as one big family for the progress of the country and as a powerful weapon in facing present and future challenges.

Abang Johari said for the people of Sarawak, the spirit of family as advocated by the prime minister was like second nature in the society here, which encompasses more than 30 ethnic groups.

“With a population of almost three million and an area of 124,000 square kilometres, Sarawak is a large ‘home’ that brings together family members from various backgrounds, races, ethnicities, religions, cultures and customs.

“With the spirit of always respecting each other despite differences in cultures and religions, and sometimes differences in opinions and views, Sarawakians can live in the atmosphere of one big family and can be an example to the larger community,” he said.

I will deliver Machan 0