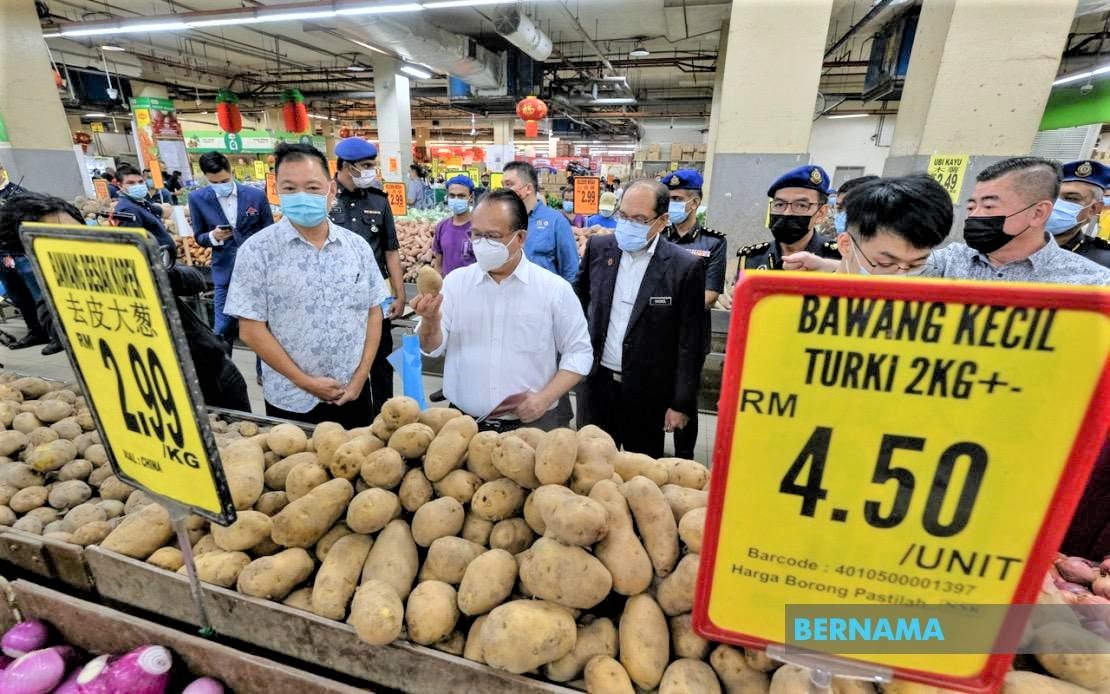 Domestic Trade and Consumer Affairs Minister Datuk Seri Alexander Nanta Linggi said the SOPs had been synchronised with the general SOPs issued by the National Security Council (MKN) to ensure they were fully complied with by all retail, wholesale and distribution companies.

He said the improvements and updates were done following the announcement on the extension of the MCO in Selangor, Kuala Lumpur, Johor and Penang starting from February 19 to March 4.

He said it was also due to the change in the status of other states from MCO to CMCO while Perlis is the sole state with an RMCO status for the same period.

Elaborating on the SOPs, Nanta said dine-ins at restaurants were now allowed based on the size of the table with a physical distancing of at least one metre in the MCO, CMCO and RMCO areas.

On the sale of clothes, fashion items and accessories, clothes fitting was not allowed and disposable gloves must be provided in MCO areas, he said.

Nanta said clothes fitting and fitting rooms were allowed in CMCO and RMCO areas and disposable gloves need not be provided but were encouraged.

He said studio activity in MCO areas was limited to only photographs for identity cards, passports and licences, involving only one customer and one photographer at any one time.

He said studio activity was allowed in CMCO and RMCO areas with no limit to the number of customers, subject to physical distancing and space available.

As for car wash operations in MCO areas, he said only drive by washes were allowed involving the exterior of a vehicle while all car wash activities in CMCO and RMCO areas were allowed.

Face-to-face consultations were not allowed at optical shops, which are limited to purchase and repairs only in the MCO areas. However, all activities are now allowed in CMCO and RMCO areas, he added.

Nanta said only purchases were allowed while the use of testers and face-to-face consultations were forbidden at cosmetic, skincare and perfume outlets in the MCO areas while all those activities were permitted in the CMCO and RMCO areas.

“Other activities which are not allowed in the MCO areas are ear waxing, trimming nostril hair, head, shoulder and body massage at barber outlets, facial cleansing and treatment, eye makeup, hair makeup, hair treatment, manicure and pedicure,” he said.

“Compliance is important to expedite efforts to contain the Covid-19 pandemic and at the same time fasten the change of status to CMCO or RMCO,” he added.

He also reminded that firm action would be taken, including issuing compounds and shutting down business premises, for failure to comply with the stipulated SOPs.

Industry players and the public can contact the Trade Distribution and Services Industry Secretariat (SPIP) at 03-8882 5881/ 5905 or via email spip@kpdnhep.gov.my. – Bernama

MOH to assess the need to vaccinate recovered patients

MoH to assess the need to vaccinate recovered patients

Who are not encouraged to take Covid-19 vaccine?